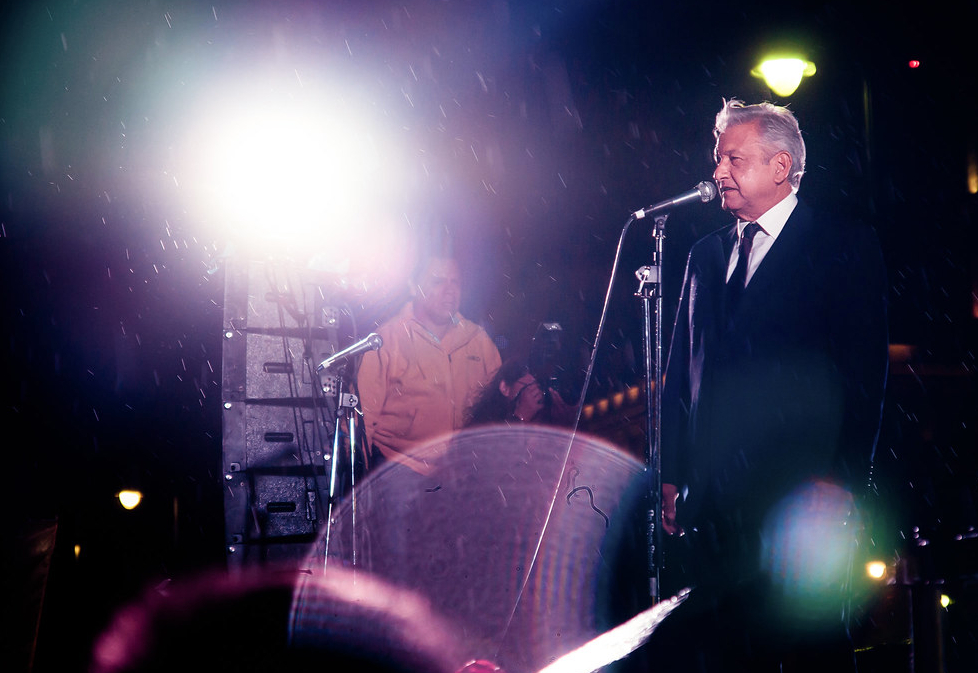 Almost three years after the triumph of Andrés Manuel López Obrador (AMLO) and the emergence of the National Regeneration Movement (MORENA), the June 6th elections are seen as a catalyst for this political organization’s electoral hegemony and with it, the continuity of the so-called fourth transformation of Mexican politics. Transformation is sought by the now ruling party, and more than a government program has been used as a campaign slogan since its arrival to power. The Fourth Transformation, known as the “4T” has been the most powerful argument for political change in the country and the slogan was cheered by the ruling party and the president.

The central axis on which the 4T revolves alludes to a moment of change in the political system that has as precedents, according to its creators, three historical moments: independence, reform and revolution. The essence of the fourth transformation, according to its advocates, is generally defined by the change of political regime. On the one hand, it is associated with the change in economic policy that puts an end to the neoliberal paradigm of previous governments. A second element is social policies, seeking greater coverage of the population with fewer resources. A third element is the end of corruption as an entrenched system in the state structure, and finally, republican austerity.

The 4T as an electoral argument is extremely profitable. Nevertheless, it would seem that only its managers talk about it. The continuous criticism of the government’s performance, the centralization and personalization of politics, the administrative inexperience, the deficient public policy decisions, the reduction of budgets to State institutions, the continuous attack to organizations, media and journalists who oppose the 4T are positioned as links wielded by the opposition against a political force legitimized by the ballot box. The citizens are fed up with a worn out political system that for decades did not know how to respond to their demands, and today controls the majority in Congress sufficient to change the Constitution. A situation for which the political system was not prepared due to the hegemony prior to the democratic transition.

To understand this, it is necessary to point out that the transition to democracy and the political alternation at the beginning of this century manifested the new dynamics of the political system, with a government without legislative majorities, which promoted the irremediable construction of agreements (formal and informal) among the different political forces of the country. With this as the structure of this new political system, the actors forgot a central element in democracy, the possible arrival of a new hegemonic party, outside the traditional political forces.

After the transition, both the governments of the National Action Party (PAN 2000-2012) and the government of the return of the Institutional Revolutionary Party (PRI 2012-2018) presented the visible inability of these parties to create majorities that would allow them to control both the Congress and the Executive Power. With the arrival of MORENA to power in the 2018 elections, the political system and its incipient democracy realized that majorities could be achieved.

Regardless of the effects of the electoral system in shaping political power in Mexico, MORENA managed to control both branches of government legitimately and under democratic standards that had persisted since 1994.

This is reinforced by the mood of society which, a little more than a year after the beginning of the pandemic, shows broad support for AMLO’s administration. Presidential approval is above 60%, making him one of the most approved presidents in the country’s democratic history and comparatively above the international average. It is worth noting the relevance of these approval levels in the context of the health crisis, in which to date more than two million people have been officially infected and a little more than 220 thousand deaths have been recorded.

Regarding democratic perception, half of the citizens are satisfied, however, about 80% have little or no confidence in political parties. In the country, according to those surveyed, it is more frequent to exercise freedom of religious worship (89%) than freedom of expression (66%), and six out of ten Mexicans believe that laws are respected little or not at all. With an economy contracted due to the pandemic and the government’s decisions, the strategic programs of the Executive Branch are advancing, as well as the vaccination program, which so far has reached a little more than 15 million doses applied.

The next elections could mean the continuity of the ruling coalition’s project. This would consolidate the bases, according to its protagonists, of the fourth transformation. The opposition resists the idea of a hegemonic party similar to the PRI of the 20th century, while MORENA is trying to control not only the Executive and Legislative power, but also to consolidate itself in the sub-state and municipal arena. This is not a minor issue in a scenario of polarization and the inability to find points of agreement regarding the country’s political future.