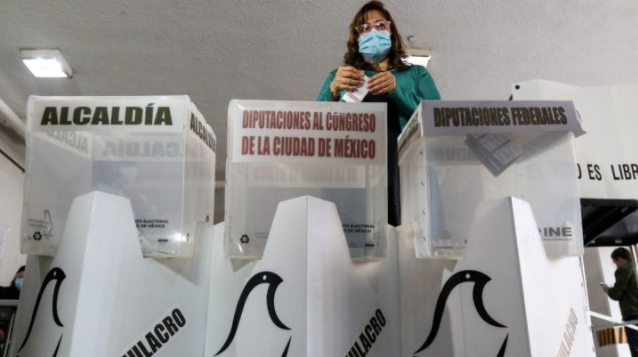 The year 2018 was a worrying one for democracy in Latin America. The Latinobarómetro survey revealed that 71% of Latin Americans were dissatisfied with the way their democracy was functioning. But, fortunately, the analysis for 2020 shows faint but positive signs of resilience in Latin American democracies, marked by a willingness to assert one’s voice through protest or the ballot box.

For Latinobarómetro, the rulers would be on the brink of the abyss if they do not know how to interpret citizen’s demands expressed through mobilizations, electoral participation and the perception of dissatisfaction. Demands that arise as a consequences of inequalities exacerbated by the pandemic.

And although we cannot deny that these demands are signs of democratic health, I believe it is important to be on our guard against the optimism that derives from them. To this end, I would like to point out that some of the results, added to certain current political trends, could paint a less optimistic picture.

Unlike other measurements, such as those of The Economist or Freedom House, the Latinobaromero does not make a classification of democratic regimes, hence the indicator of “support for democracy” is revealing, as it is presented as a panoramic photograph of Latin America.

A decade ago this indicator stood at 63%. Since then, it had been declining. But by 2020 that decline was halted, and currently 48% of respondents believe that “democracy is preferable to any other form of government.”

While we would prefer a higher number, it is good that support for authoritarianism remains low at 13%. But the number we should be concerned about is that of those indifferent to government: 27% among Latin Americans (in 2010 it was 16%). Matching this with the “profile of democrats” reveals that among the young population (16 to 25 years old) support for democracy is only 50%. This shows us that “democratic life is not producing democrats”.

Towards which of the indicators will the 27% of the indifferent, or the 50% of the young who have no attachment to democratic values, slide? Towards authoritarianism or towards democratic support?

The survey reveals that citizens want to vote. But faced with the use of citizens’ electoral power, governments have to artificially create an impact that guarantees them continuity.

In some cases, this impact is achieved through narratives that present the leader of the executive as the only one capable of solving citizens’ demands and his adversaries as enemies. The narratives that make use of this discourse only seek uncritical acceptance of their message, not the pluralistic dialogue required by democracy.

In this context, if the indifferent (27%) joins the dissatisfied (23%), how will we be able to avoid the formation of “electoral autocracies” where it does not matter who governs, and for how long, as long as they promise to solve the problems? What can we do with the indifferent so that they do not fall into the siren song of authoritarianism?

A first indication of the difficulty of facing this problem is that 51% of Latin Americans would tolerate a non-democratic government that solves the problems. And even if they

have not solved them, the permissiveness of citizens to democratic transgressions strengthens authoritarianism.

A military authoritarianism is just as dangerous as a non-military one, but there is still a high tolerance for the latter. Why is it that democratic procedures have generated this tolerance? Is the uncertainty inherent in democracy intolerable for some? Is the governments the piece that tips the balance towards democracy?

The role of the rulers

If the closing of the decade that began in 2010 was marked by massive protests in countries such as Ecuador, Colombia or Chile, the decade that is underway should be remembered as one in which governments decided to successfully combat persistent inequality.

However, the credibility of those governments is at its “lowest level”, and if we add scandals such as the Pandora Papers scandal, governments will find it very difficult to deliver on their promises. For Latinobarómetro, the challenge for governments in the current decade will be to finish their mandates on time.

The presidential changes in countries such as Mexico, Ecuador and Peru are evidence of this challenge, but in this context, from the perspective of those who govern, the challenge is not to finish on time but to remain in office beyond their time.

In order to face the imminent distrust of the governed, the challenge for those in power is to find ways to cling to power: from the most blatant, as in Nicaragua, to the most subtle, such as the weakening of institutions or a rhetoric of polarization practiced by the government in office.

The routes that governments are taking to confront crises should be analyzed by questioning them as strategies that reinforce democratic values and organizations. For example, how can it be interpreted that a president takes a picture surrounded by the military after threatening the judiciary or that, ignoring the Constitution of his country, he decides to give civilian responsibilities to the armed forces.

For Latinobarómetro, the road to democratic consolidation passes through the response of those in power to social demands, but how can we know if this response is democratic, and how can we prevent the polarization of official discourse, reflected in the attitudes of the people, from continuing to be the distinctive sign of today’s democracy?

The challenge before us

I believe that the questions posed will only be resolved if we are able to bridge the gap between democratic theory and practice. And this implies providing people with an idea and practice of democracy close to their problems and experiences, to ensure their understanding and support.

The work of Latinobarómetro allows us to learn about these experiences and problems, but it also shows us what we have yet to do and understand. In this sense, the challenge for the current decade is to learn from the different ways of living democracy and to give back to the people an idea of democracy that they are willing to defend and value. Otherwise, we will only witness its weakening, but not its consolidation. 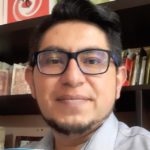