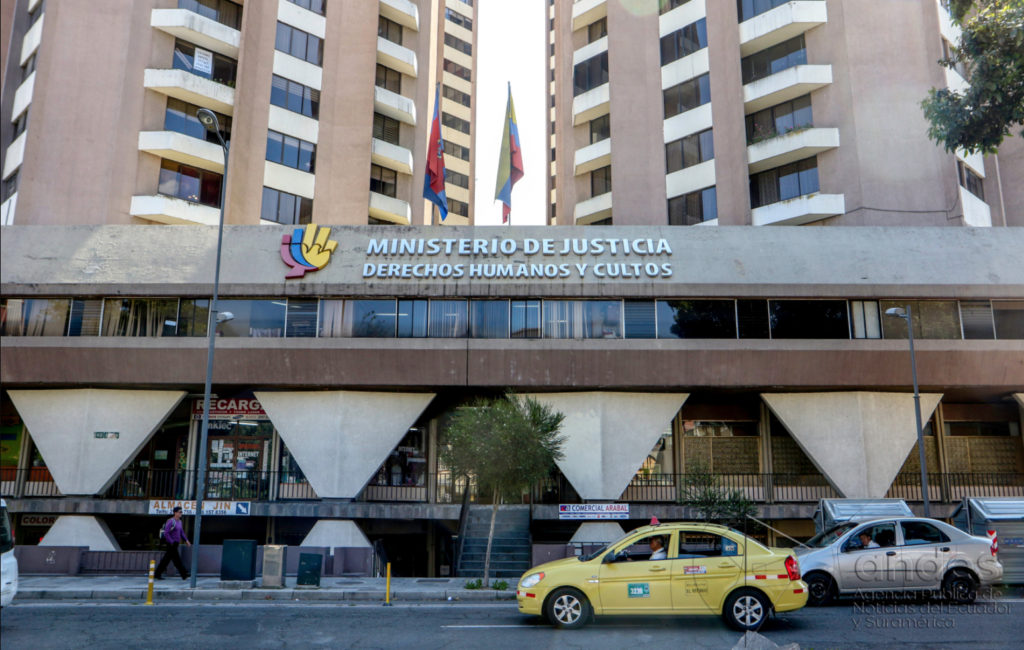 Lawfare, as the use of legal instruments to articulate political persecution is known, is spreading throughout Latin America. In the last five years, “lawfare” has intensified, quantitatively and qualitatively, becoming a coordinated regional strategy that uses the legitimacy of the State’s legal apparatus to subvert, force or manipulate democratic processes of alternation in power. Ecuador is an illustrative example of this process.

The prosecution or imprisonment of political leaders such as Lula da Silva in Brazil has been the tip of the “lawfare” iceberg, but the strategy goes much further. Among other measures, it includes the action of the media to annihilate the image of political leaders; the use of the administrative sanctioning apparatus to persecute the militancy of the opposition; judicial impartiality; or interference in electoral processes.

In Ecuador, these strategies have surpassed the traditional dynamic of using the criminal system to annul the political adversary, under the broad umbrella of the “fight against corruption”, to make a leap to the procedural-electoral sphere. The “lawfare” began in 2017, developing both in the criminal judicial sphere – the State Attorney General’s Office and the courts – and in the administrative sphere with the State Comptroller General’s Office.

On the one hand, criminal proceedings were opened and preventive prison sentences were issued against leaders of “correísmo,” including former President Rafael Correa. And, on the other hand, numerous former officials of that government faced economic sanctions and threats of prosecution.

In October 2019, after the popular uprising and the police and military repression, this use of criminal proceedings took an important qualitative turn. From the prosecution of corruption, the focus shifted to the prosecution of an alleged rebellion that affected prominent political and social leaders. This strategy was criticized by various organizations and the Inter-American Commission on Human Rights (IACHR) even granted precautionary measures to put an end to the deprivation of liberty of political leaders accused of rebellion.

Prior to the general election, of which the first round was held on February 7, the lawfare machinery was reactivated. Thus began what we can call the “electoral lawfare,” which has encompassed three fundamental strategies: hindering the registration of politicians, delegitimizing candidates and attacking the electoral institutions.

The first one focused on preventing both the registration of the Revolución Ciudadana (RC)–the party of Correa’s supporters–in the registry of political organizations and the registration of its candidates. These had then to run in the 2019 local elections as members of the Fuerza Compromiso Social (FSC) movement.

In parallel to the obstacles for the registration of the party, in July 2020, the Internal Democracy Regulations were reformed, including requirements that made the registration of the candidacies for president and vice-president more difficult. This, added to the accelerated judicial disqualification of former President Correa, forced a change of electoral formula in extremis. The original binomial was finally replaced by the Andrés Arauz-Carlos Rabascall binomial, which was also challenged, although it could finally be registered and confirmed in December, just two months before the electoral appointment.

The difficulties to participate in the electoral process in Ecuador, however, have not been limited only to Correism. In mid-November last year, the president of the National Electoral Council (CNE) confirmed that Alvaro Noboa, leader of the Institutional Renewal Party National Action, could not run for the presidency either, due to non-compliance of the movement that sought to sponsor him.

The OAS and the condemnation of interferences in the electoral process

These actions have been observed by national and international actors. The report of the Electoral Observation Mission of the Organization of American States (OAS) pointed out the obstacles encountered in the process of registration of candidacies and the consequent impact on the equality of opportunities in the electoral contest.

Despite the “electoral lawfare,” the Arauz-Rabascall binomial won with 32.7% of the votes and surpassed the second candidate, Guillermo Lasso, by more than ten points. This result, which requires a second round, has generated a rearmament of the lawfare, with a strategy now focused on the second and third objectives mentioned: to attack the figure of Andres Arauz and to delegitimize the National Electoral Council (CNE).

These strategies are not new either, but the qualitative change has occurred with the appearance of Francisco Barbosa, Attorney General of Colombia on the scene, evidencing the regional articulation of the lawfare. Barbosa arrived in Quito at the request of his Ecuadorian counterpart in the middle of the electoral recount and before the presentation of the final results. The reason for the trip was to supposedly provide evidence of an alleged relationship between the financing of Andres Arauz’s campaign and the Colombian guerrilla movement: National Liberation Army (ELN). Such evidence has not been disclosed, neither in Colombia nor in Ecuador.

On the other hand, the Comptroller General of the State, requested the initiation of a computer audit of the system, thus prolonging the offensive against the National Electoral Council (CNE). While the Attorney General’s Office communicated to the Council its will to collect the digital content of the database that manages the electoral computer system. Both interferences were criticized in the report of the OAS Mission, where it is mentioned that the continuous attacks to the CNE, as arbiter of the electoral contest, must be avoided in order not to affect the legitimacy of the process itself.

Furthermore, the unsubstantiated accusations of fraud in the recount of the first round and the propagandistic action of certain media are contributing to create a narrative of fraud and to tarnish the elections in view of the second round, accelerating the process of decomposition of State institutions and Lenín Moreno’s government.

If we add the resignation of the Ministers of Health and Government to all of this, the recent uncontrolled massacres in prisons, the increase in poverty and precariousness or the scandals regarding improper vaccinations, what we get is an extremely volatile scenario, which poses a risk of democratic and institutional rupture. In this scenario, the April 11 elections are an opportunity to restore, not only social justice, but also democratic institutions themselves in Ecuador.