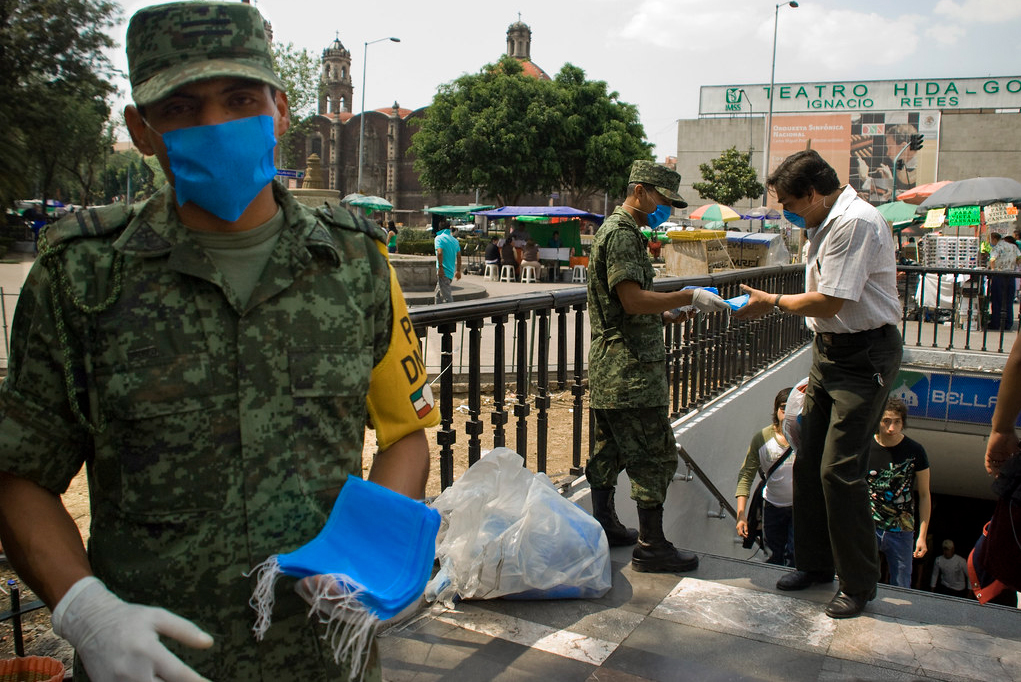 Almost a year after the start of the pandemic caused by the new SARS-Cov-2 coronavirus, what is happening in Latin America? After what happened in several countries in southern Europe, such as Italy and Spain, and what was observed in the United States, concern was focused on the potential development of other realities such as Latin America. From the beginning, the prognosis associated with the development of the pandemic in the region was not very encouraging. The institutional capacities of these countries were going to be tested, the race was on. In comparative terms, the construction of narratives, health strategies, social conditions and political processes manifested a whole range of structural conditions that would define Latin America’s failure in the face of the COVID-19.

Before the pandemic, the Johns Hopkins University Health Security Index showed that most countries in the world lacked sufficient tools to deal with a health emergency of this magnitude. Specifically,      in Latin America, there were three groups of countries differentiated by their health capacities with which they would face the emergency. In regional terms, the      best countries prepared for the pandemic were Brazil (22), Argentina (25), Chile (27), and Mexico (28). With a moderate margin of action, these were Ecuador (45), Peru (49), Costa Rica (62), Colombia (65), El Salvador (65), Panama (68), Nicaragua (73), Uruguay (81) and the Dominican Republic (91). The countries with the least capacity were Bolivia (102), Paraguay (103), Guatemala (125), Honduras (156) and Venezuela (176).

In view of these numbers, Latin America was one of the regions with the least institutional possibilities in 2019, and therefore did not have the prevention, detection, response, regulatory and risk management structures needed to deal with a pandemic.

In this context, what we knew was that health capacities in most Latin American countries were deficient (compared to the world average) and clearly below what was established by the World Health Organization (WHO) as necessary structures for medical care. In addition to this, there were pre-existing health conditions, such as diseases associated with the most vulnerable groups that are more likely to aggravate the VICD-19, such as obesity, hypertension, diabetes and smoking.

However, previous concerns were not only related to the apparatus needed to protect the health of Latin American citizens. The Oxford University Poverty and Human Development Initiative indicated early on that lack of access to clean water, malnutrition, poor nutrition, inequality, and poverty were the main risk factors for the spread of the disease, and would therefore affect even more countries with endemic problems.

During the contingency, Latin American governments have acted differently with technical and political models fed by the requirements of the WHO and the Pan American Health Organization for the regional context. The Latin American governmental logic shows decision-making events associated with the evolution of the pandemic based fundamentally on emerging decisions – to “get out of the way” – and moments of technical rationality based on evidence, under the instrumentalization of interventions according to the basic guidelines of epidemiological control and surveillance.

However, the dichotomy between economy and public health was positioned as a continuous clash between two realities, thus aggravating the problem. This highlights the irresponsibility of the political class that has shown the unavoidable needs for the rethinking of these young democracies, showing the inability of political representatives, governments and opposition to provide solutions. Contingency and mitigation models in each phase of the epidemic have promoted diverse results in the region. These include the main concern of what happened in Southern Europe, but how can this be avoided in States with these institutional incapacities? These conditions that we forget are a Latin American constant.

Pandemics and their consequences

Latin America faces the pandemic amidst a host of endemic problems, including structural and systemic conditions, including corruption, violence, poverty, inequality, informality, and unemployment in a context of low economic growth. In addition, the social context and political diversity of the region is highlighted. In countries such as Mexico, Nicaragua, and Argentina, governments with leftist ideologies have been established; in Brazil, Colombia, El Salvador, and Chile, governments associated with the ideological right have been established. In addition to the political-electoral processes in Bolivia, the Dominican Republic, and nearby Chile, Ecuador, Honduras, Peru and Mexico. In addition, the social mobilizations before and during the pandemic, in a large part of these countries, are a breeding ground that promises a change of direction of these realities.

two countries in the region have the highest number of deaths in the world as a result of COVD-19: Brazil and Mexico.

Today, almost a year after the start of the pandemic, two countries in the region have the highest number of deaths in the world as a result of COVD-19: Brazil and Mexico. Two countries with populist leaderships that are today a hallmark, as is the case of López Obrador in Mexico and Bolsonaro in Brazil. They are also the two countries with the greatest economic capacity in the region, the most populated, they are federations, and with structures of corruption rooted in their government apparatus. In addition to these cases, the pandemic has worsened in Argentina, Peru and Chile, and the disastrous interventions in Ecuador at the beginning of the emergency.

In this context, the consequences of the pandemic will be turning points throughout the region. The setback in the construction and expansion of the middle class that had shown a marginal, although progressive, growth after three decades, the worsening of poverty conditions, the increase in inequality, the economic recession and stagnation, gender violence, the loss of productive sectors, the change in the tourism paradigm, etc., are an insurmountable challenge for States where the health emergency arrived with more force and for those where it is still growing.

According to the International Monetary Fund, Latin American countries will not see the recovery and improvement of their economies to pre-pandemic levels, on average, until mid-2023. In this context, ordering Latin American society to stay home to save its health sentences families at the cost of daily income generation for their subsistence. This is conditioned equally by the government’s inability to reduce the health pandemic, but also the pandemic of poverty, inequality and corruption that exists in the region. For Latin Americans, it will only be an aggravation of their pre-existing realities that will lead to more deaths, more poverty, more hunger, more inequality.

Finally, on what elements should we evaluate the effectiveness of government interventions in Latin American countries: the number of deaths, the management of hospital beds, the amount of testing done, the spread of the disease, the closing of borders, the use of force, the restriction of mobility? These are questions that will be answered when we conclude this passage, which will not be until the vaccine is administered.

Photo by Eneas on Foter.com / CC BY