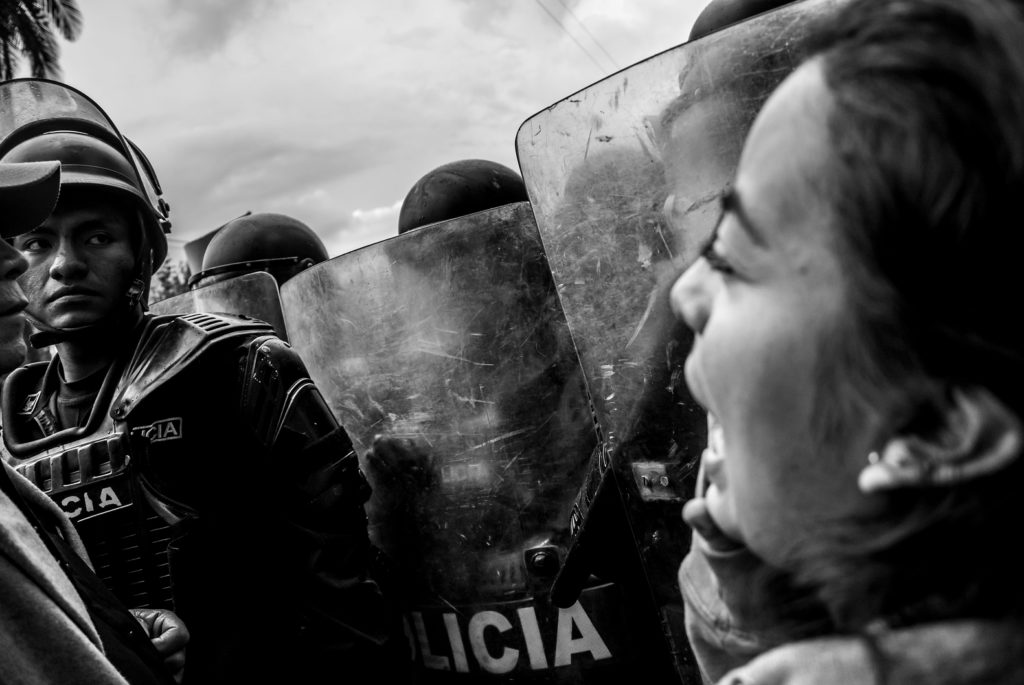 The report of the Commission for Truth and Justice on the events that occurred during the protests of October 2019 was recently presented in Ecuador. The report, commissioned by the Ecuadorian Ombudsman’s Office, concludes that there were alleged human rights violations committed by members of the National Police and Armed Forces against the population. The evidence leads the Commission to conclude that the State seriously violated the rights to life, physical, psychological and sexual integrity, personal liberty, freedom of expression, peaceful protest and the right to resistance. This through repeated and generalized actions, which could even imply the existence of crimes against humanity.

On October 1, 2019, two days before the beginning of the repression that lasted for almost two weeks, Ecuadorian President Lenín Moreno announced on national chain a series of economic and labor measures, within a agreement compliance framework between Ecuador and the International Monetary Fund. Basically, it was an economic, social and labor flexibilization adjustment with an enormous impact on the vast majority of the population.

The elimination of the fuel subsidy, in force in the country for 40 years, was the measure that triggered the protests. But to this were added reforms aimed at lowering the tax burden on economic groups, liberalizing trade -removing or reducing tariffs-, reducing the foreign exchange tax on raw materials and a series of privatizations.

The “gasolinazo”, as the social outburst is also known, was mainly led by the indigenous movement and was answered by the Executive, both through the adoption of a State of Exception and the use of State security forces to repress the protests. To win over public opinion, the government used the public and private media and pressured other institutions such as the Attorney General’s Office and the Constitutional Court.

Beyond the violence exercised throughout the National Strike, violations of rights related to political participation – freedom of expression, communication and information -, to protest – freedom of demonstration -, to resistance – a right recognized as such in Article 98 of the Constitution of Ecuador -, and to honor, privacy, freedom and security, dignified and humane treatment during arrests and trials were denounced.

In addition, the government’s accusations against political-social leaders, the interventions of communications, the closing of media, the arrests and the declarations of provisional imprisonment of activists, active public officials and leaders of social movements, are an example of the use, during and after the strike, of the judicial apparatus to repress and eliminate political pluralism (known as Lawfare).

The facts disseminated by human rights organizations and investigated by bodies such as the Inter-American Commission on Human Rights (IACHR) or the United Nations High Commissioner for Human Rights, have been analyzed in the Truth Commission’s report. Through 519 testimonies, 249 alleged human rights violations have been quantified, including six extrajudicial executions, 22 attacks against the right to life, three cases of sexual violence and 20 eye injuries.

The content of the report has fallen at the epicenter of the second round of the presidential elections. Some voices have pointed out that it should have been presented after the elections, while others defend its publication basically for two reasons.

In the first place, because of the urgency for clarifying the facts, since the objective of the report is obtaining justice, that the victims be compensated and that the guilty be subjected to the pertinent judicial processes, avoiding an eventual departure from the country after the electoral appointment. And the second reason is that the report does not mention the candidates who will dispute the ballot: Andres Arauz, progressive candidate and Guillermo Lasso, candidate of the right.

On the other hand, both the Commission and the content of the report have been denigrated by the authorities involved who deny the existence of the facts they are accused of. The Presidency of the Republic, the Ministry of Defense and other entities involved have affirmed that the police and military actions were carried out within the framework of the law. Furthermore, they accuse the report of being “biased” and of not giving sufficient importance to the human rights violations committed by the forces of law and order.

The analysis of the document shows that the report also reports the existence of common crimes committed during the October strike and the impact on the physical integrity of the agents. However, it is important to remember that the objective of the Commission’s work is to give substance to the right to the truth that the victims of the excessive use of force by State agents have; common crimes are dealt with by other instances.

As it was with the case during the National Strike, the government’s criticisms have been widely echoed in the mainstream media, while it has been the alternative media and social networks that have made it possible to disseminate the Commission’s findings.

The report’s recommendations call for the need to ensure an impartial investigation that guarantees victims access to information in accordance with international standards of protection. The document focuses on “comprehensive reparation” to recommend individual, symbolic and collective reparation measures, as well as institutional and states that “the Ecuadorian State, through its highest representative, should offer, public apologies to the victims of the human rights violations that occurred during the national strike of October 2019”.

The document is a necessary recognition to continue demanding justice and reparation. Now, after the complaint of the Ombudsman’s Office, it is the turn of the Prosecutor’s Office and the courts to respond so that no abuse goes unpunished. Only in this way, with truth, justice and reparation, will it be possible to stitch up the wounds opened during the popular uprising of October.

Photo by pol.davila on Foter.com

Political scientist and jurist. Professor at the Univ. of Valencia. Coordinator of the CLACSO WG ‘Lex Mercatoria, Human Rights and Democracy’. Founding member of CLAJUD (Latin American Council of Justice and Democracy).