Latin America has seen a recent upsurge of left and center-left governments, a second progressive wave, albeit less boisterous than the first. In this cycle, the governments, their political forces, and programmatic wagers are more heterogeneous. They differ in strategies and tactics from the preceding wave. In any case, it’s important to ask- in what ways are they similar and dissimilar?

The bloc of center-left and left governments that debuted during the first three decades of this century is commonly referred to as the “first wave.” It began with the emergence of Chavismo and the rise of Hugo Chavez in Venezuela in 1999. It later included Brazil and Argentina in 2003, the Dominican Republic and Panama in 2004, Bolivia and Uruguay in 2005, Chile and Honduras in 2006, Ecuador and Nicaragua in 2007, Paraguay and Guatemala in 2008, El Salvador in 2009 and Peru in 2011.

This wave gave rise to political leaders such as Chávez, Néstor and Cristina Kirchner, Lula da Silva, Evo Morales and Rafael Correa, all of whom came to power for the first time. They obtained parliamentary majorities, which allowed them to introduce reforms and articulate their national projects. There was much diversity among governments, but the wave ended in 2015.

The second wave broke through with the rise of Andrés Manuel López Obrador in Mexico in 2018, and he was joined by Argentina and Panama in 2019, Bolivia in 2020, Peru and Chile in 2021, and Honduras in 2022. On the horizon is the possible return of Lula in Brazil along with Gustavo Petro being among the presidential favorites in Colombia for 2022. The main figures are AMLO himself, Alberto Fernández, and the new president of Chile, Gabriel Boric.

The reconfiguration of the political map allows for the establishment of some points to use to, in turn, contrast the characteristics of both waves.

The first wave was characterized by a confluence of actors from the traditional left, ranging from popular-based parties and coalitions, the participation of the historic communist and socialist parties, to the emerging prominence of new parties and social movements consolidated in the heat of the social struggles of the late 20th century and a strong imprint of the Latin American populist tradition. In the new wave, while these elements are present, the heterogeneity of the support base is greater.

In the first cycle, the discourse of Latin American left coincided with one another in condemning  the right and center-right administrations of the late 1990s, stressing the urgency of social policies and structural reforms and, in some cases, advocating for foundational reforms. This new cycle has a battery of more moderate demands that appeal to the improvement of state action in some areas, investment in social policies, and the revival of the economy. Both waves have the consolidation of long-standing leaderships together with outsider figures in common.

Relations with the United States

If the first wave stood out for anything, it was for its hostile rhetoric towards American power. Initiatives to condemn free trade agreements, humanitarian aid, and the activity of multilateral organizations such as the IMF and the World Bank were widespread. At the same time, some countries maintained a cordial coexistence with the U.S., ranging from large ones such as Brazil to small ones such as Uruguay.

The first wave experienced a new geopolitical reconfiguration in which China positioned itself as a counterweight to the United States. Russia also permeated the region intensely during this time. However, the progressive governments of the new wave seem to have less of an interest in being part of a geopolitical confrontation against the United States.

Symbolic of this is the signing of the free trade agreement between AMLO and Donald Trump, and his actions to control the migratory flow. Gabriel Boric announced contacts with Joe Biden. Also, the new president of Honduras, Xiomara Castro, said she aspires to a pragmatic relationship with the U.S., and Lula has spoken of having a friendship with the United States.

The Venezuela, Cuba, and Nicaragua affair

The first wave had at its epicenter the momentum of the Bolivarian Revolution in Venezuela, which was supported by a profusion of economic resources that allowed it to export its political project and Bolivarian integration. This financing strengthened its ties with Cuba, the mentor state of the Venezuelan regime, and to a lesser extent with Nicaragua. However, with the consolidation of hegemonic authoritarianism in Venezuela and Nicaragua, nuances began to appear in the validation of the model.

The new wave is more moderate and pragmatic in its relationship with Cuba and the other regimes. There is a position mediated by skepticism of what 21st century socialism has been for Venezuela, and its link has been summarized in the preaching of the principle of non-intervention. However, except for some specific differentiations that were shown a priori as distant from authoritarianism, such as that of Boric in Chile with his criticism of these regimes or the call for consultation of the ambassadors of Mexico and Argentina, for the moment there is no evidence of a general condemnation of these governments for their violations of democracy and human rights.

The Latin Americanist and anti-US conviction of the governments of the previous wave generated alternative spaces for regional coordination. ALBA and Unasur were created. They were configured as clubs of presidents with an ideological affinity that later fell into disuse. In the new wave, for the time being, there has been no interest in revitalizing these spaces or creating new ones.

In the OAS, a setting historically criticized from the left for the presence of U.S. influence, the first wave curiously acted effectively as a majority voting bloc during the general secretariat of José Miguel Insulza (2005-2015). With the arrival of Luis Almagro (2016) criticism gravitated more towards the secretary and not the organization, a trend that has been maintained in this new wave.

In conclusion, the new wave differs substantially from the previous one. This one is projected to be more moderate and seems to bet more on pragmatism than on purely ideological affinity. And there are signs that it is betting more on dialogue with the great powers than on anti-imperialist narratives.

The new leftist governments are not making their debut in power, but also these are not times of surpluses, and in many cases, they do not have overwhelming majorities. In line with this, they have not announced any foundational reforms, but rather reforms under the rules of the democratic game. The second wave is also dragging the debris of the first: two hegemonic authoritarianisms that together with Cuba make up the trio of dictatorships in the region.

Will this new wave be able to formulate an explicit condemnation of dictatorships? Will it be able to promote a climate of dialogue with the rest of the political system? Will its objectives include reducing polarization and not falling into a populist drift? Examples in Mexico and Argentina indicate that this is unlikely to happen. However, new leaderships have joined, and in 2022 the presidential elections in Brazil and Colombia may put even more actors on the map.

*The original version of this text was published in Dialogo Político. 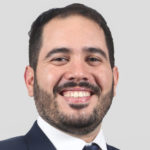 Journalist. PhD in political science from the Universidad de la República. (Uruguay). Project coordinator of the Regional Program on Political Parties and Democracy in Latin America of the Konrad Adenauer Foundation. Coordinator of the Political Dialogue platform.