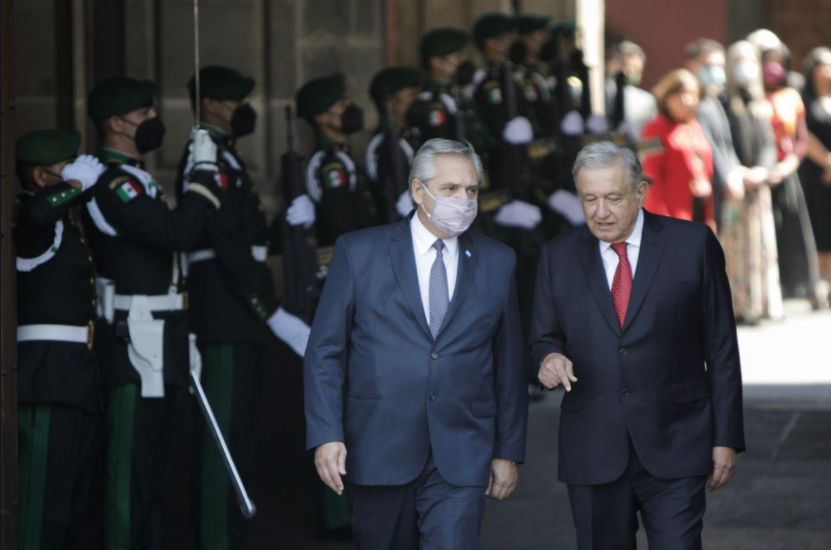 To answer the question that heads this article, it is necessary to focus on the electoral results of the last few years. The center-left and the left have won over their right-wing rivals in various countries in the region.

Thus, in May 2018 center-left candidate, Carlos Alvarado, won, in a close election, obtaining the presidency of Costa Rica. In July of the same year, Manuel Antonio López Obrador came to power in Mexico. In 2019, the center-left won the presidency of Panama with Laurentino Cortizo. In October 2019, Alberto Fernández put an end to the government of Mauricio Macri and his attempt to be reelected in Argentina. More recently, in October 2020, Luis Arce of MAS clearly won the presidential elections in Bolivia and, in February 2021, the candidate supported by Rafael Correa in Ecuador, Andrés Arauz, won the first round in Ecuador.

While in Mexico, López Obrador put an end to a long period of presidencies that fall along the center-right spectrum: in the cases of Argentina, Bolivia and Ecuador the left-wing forces that won were not new to the citizens. These electoral processes seem to indicate that these are not good times for the right in Latin America.

However, it is convenient to qualify this thesis since, in this same period -from 2018 to 2020-, there were also important triumphs of center-right and right-wing candidates, such as those that occurred throughout 2018 in the presidential elections of Paraguay, Colombia and Brazil.

Similarly, in 2019, the victory of Luis Lacalle Pou put an end to 15 years of leftist governments in Uruguay. In 2020, Luis Abinader, candidate of a new Dominican party (PRM)–which is still difficult to pinpoint ideologically–who has strong links to the island’s business world, led to the completion of three lustrums of PLD governments.

Therefore, if we look at the region as a whole and, pending what will happen over the next few months in which different presidential elections will be held (Peru, Nicaragua, Chile, Honduras and the second round in Ecuador), it is not possible to state conclusively that the “pink tide”–which fell in the first decade of the present century–is back.

The elections scheduled for this year will be held again–as in many of the previous examples–in a climate of acute economic and social crisis, aggravated by the effects of the pandemic. In this sense, it is worth rephrasing the question and trying to reveal whether this scenario is more favorable to the left or the right.

To do this exercise in cross-cutting terms is risky because of the heterogeneity and plurality of political forces on the left and right in each country. Although the countries may share a cycle and a context in economic terms, there are marked differences and each case has its own unavoidable particularity. For this reason, the following paragraphs are a reflection on trends and political sequences and not an exhaustive analysis, which must necessarily focus on each country.

The previous shift to the left

Among the various causes of the shift to the left in the first decade of the 2000s, mention has been made of the effects of structural adjustments framed by the neoliberalism of the previous years, which led to an increase in poverty, inequality and social discontent.

The leftist presidents of that period, but also those of the right, since the latter continued to govern in different countries, were favored in economic terms by the increase in the price of raw materials on the international market. The income generated was key–in many cases–to carry out redistributive policies that reduced poverty and inequality.

However, the economic situation began to deteriorate as of 2012, causing an economic slowdown in the region. In the political arena, this economic cycle was accompanied by the departure of some proponents of the “left turn,” either through electoral defeats, or through political enquiry trials such as the one that occurred in Paraguay in 2012 or in Brazil in 2016.

As a result of these events, the debate began to focus on the exhaustion of left-wing governments and the shift to right-wing leadership. Although, more than a shift, what took place was a vote of punishment towards those who had been in power.

Crisis and pandemic: the role of the state

The end of the commodities boom has had visible effects on the Latin American economy since 2014 and dramatic effects in social terms. The percentage of the population in vulnerable situations has grown, increasing the number of people lacking social protection in the most unequal region in the world.

In turn, in terms of political values, Latin America has not escaped the global trend of disaffection with politics and questioning of political elites plagued by numerous cases of corruption. The discomfort with representative democracy and the policies developed, as well as the increase in disaffection was reflected in an escalation of protests that led to 2019 being a year of huge social outbursts in different Latin American countries.

This is the scenario in which COVID-19 appears, which comes to aggravate social inequality while making visible the negative impact that had the policies of cuts in public spending in the health sector and privatizations defended by neoliberalism and, in general terms, by political actors closer to the right.

In this sense, if citizens associate the levels of state performance in dealing with the pandemic with the structural adjustments of neoliberalism, the right may decline in citizens’ preferences.

Likewise, the likelihood of a recurrence of social protests is high if the prevalence of the virus falls, as the problems have not only not disappeared, but have been aggravated during this very hard year. So governments will have to adapt to the demands of different social sectors.

For the right it would be a dangerous strategy to maintain a defense of austerity and the status quo in the face of social demands and needs in such difficult times.

It is worth remembering that the emergence of new actors and leadership that question liberal democracy–and in Latin America there are examples both on the right and on the left–is related–among other causes–to the inability to channel the demands of sectors that do not find representation in traditional parties. In this sense, the indicators of citizen disaffection with representative democracy in the region are extremely alarming and should be of concern to both the left and the right if they want to survive the onslaught of populism.