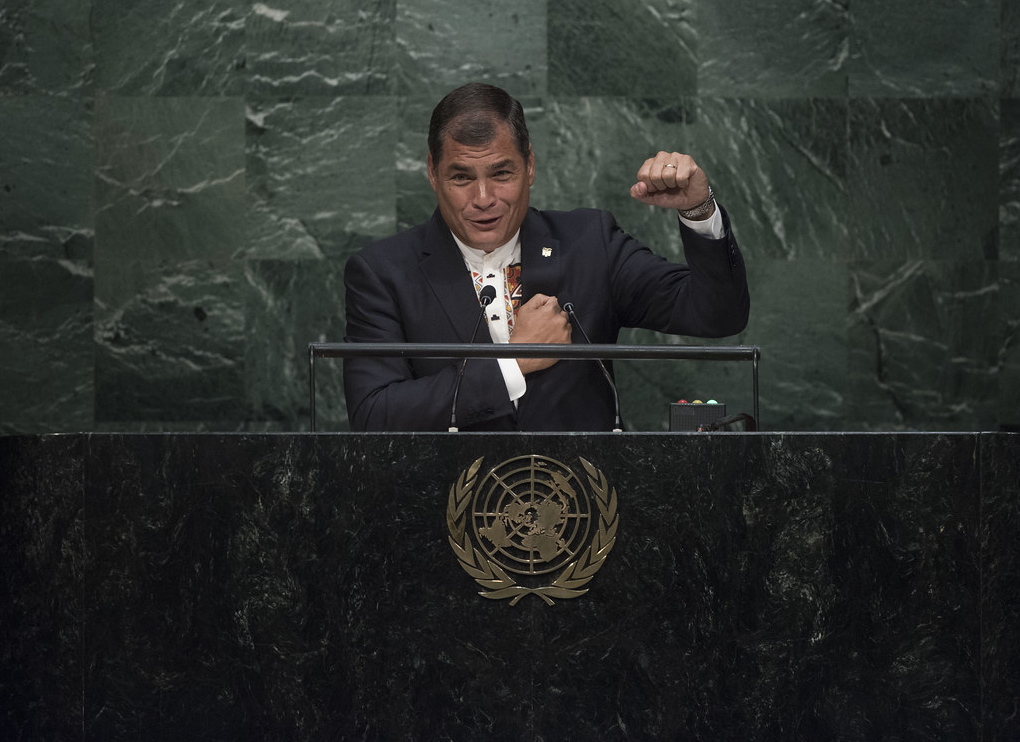 Populisms turn a politician into the father of the country. Remember that Getulio Vargas said he was the father of the poor and Lazaro Cardenas was called “Tata”. Populists also claim to embody true popular masculinity. Some like Donald Trump and Abdalá Bucaram talk about the size of their genitals and their erotic prowess. Others are not so vulgar, but to prove their manhood they challenge their rivals to measure themselves with their fists. During his ten years in power, Rafael Correa, who has a doctorate and sometimes lectures as a professor, dared journalists, politicians, and ordinary citizens to get into a fist fight with him. While building the leader as the alpha male, populists feminize the enemies of the people by representing the oligarchy as unmanly.

However, the image they most like to project is that of being the patriarchs of the people and the nation. When they are ex-military like Juan Perón, Hugo Chávez, or Jair Bolsonaro it is easy for them to pretend to be the incarnation of the nation, since the armed forces have for many years proclaimed themselves as the true protectors of the nation against internal and external enemies.

Sometimes populisms create dynasties. The Bucaram family for many years “owned” the mayor’s office in Guayaquil (Assad, Abdalá and Elsa) and the Republican party is now in the hands of the Trump family. The party’s convention consisted of a parade of figurines and speeches by his children, Don Jr., Ivanka, Eric and Tiffany, who have been transformed from businessmen into ultra-right-wing politicians.

They focused their statements on their father’s image and achievements, and competed on being the most radical in their proposals for law and order, and against immigrants. Melania and the partners of Don Jr. and Eric also gave speeches and the closing of the convention combined fireworks with the word Trump written in the sky, while on earth the cameras focused on the dynasty that intends to dominate American politics for many years to come. As in HBO’s Succession series where the brothers fight to be the heirs to the family fortune, his progeny vie to be the next bearer of the Trump brand.

The Correa Delgado family is Ecuador’s new political lineage. Although Rafael Correa, who is a fugitive from justice in Belgium, could not register his candidacy for the vice presidency, the family is well represented by his brothers Pierina and Fabricio. The former heads Rafael’s list for the national assembly and Fabricio is running for president as a Catholic and anti-communist entrepreneur. While he shares his brother’s Catholic background, he is more vocal in his opposition to feminism, LGTBQ rights,  and the erosion of Catholic morality, which I imagine is the one they believe to be the sole true one.

Unlike the younger brother who lived from teaching and consulting before coming to power, the older brother is a businessman. He promises that unlike his brother, who allowed himself to be corrupted and deceived by a pink circle (that is, by homosexuals), Fabricio has the masculinity of the real man who does not allow himself to be manipulated by perverts. Not only does he benefit from the Correa brand that has dominated national politics since 2006, when Rafael left the academy for politics, but he is also very good at attracting the voracity of the media that profits more with scandals and family quarrels.

Fabricio, the right-wing outsider, intends to capitalize on the hatred of various sectors of the population on the left and on what he points to as Rafael’s “communist” legacy.

When his brother was president, Fabricio had dealings with the Ecuadorian state worth $700 million. He burst into the public sphere attacking his brother for being surrounded by corrupts and communists. Fabricio, the right-wing outsider, intends to capitalize on the hatred of various sectors of the population on the left and on what he points to as Rafael’s “communist” legacy. In addition, he will seek the support of the reactionary sectors that are against the decriminalization of abortion, egalitarian marriage, and what they see as the loss of Catholic morality. It would seem that while the north star of the little brother was Hugo Chávez’s 21st century socialism, the older one likes Jair Bolsonaro and Donald Trump.

Fabricio is irreverent, he uses everyday language, I imagine that just like Rafael he did not read novels, and he presents himself as the patriarch who will redeem his country. He has the energy that the established right-wing candidate Guillermo Lasso lacks. It is too early to make predictions about whether Ecuadorians will entrust their country to a right-wing Correa. But the truth is that the media will be engulfed by a soap opera starring the Correa family.

If Fabricio wants to win he has to attack his brother’s legacy. However, there are cynics who believe that all this is pure theater and that if Fabricio comes to power the first thing he will do is to pardon his younger brother. The only presidential qualities of the older brother are his last name and being an entrepreneur. It would seem that in the Trump era any rich man can aspire to the presidency if he has the wealth and the audacity to have a good media presence. While Ecuador and the United States are bleeding to death with the epidemic and the economic crisis, the Correa and the Trump families are giving the people a circus, but without bread. 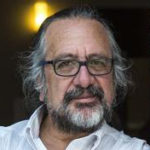 Professor and Director of the Center for Latin American Studies at the Univ. of Florida (U.S.A.). Specializes in populism, democratization and authoritarianism. Recent books: “The Routledge Reader of Global Populism” (2019); “Populisms: a Quick Immersion” (2019).