Cuba’s history is marked by women’s protagonism. Names such as Ana Betancourt, Mercedes Sirvén Pérez and Adela Azcuy became famous for their leading role in the revolutionary processes and for their defense of women’s rights. In the first half of the 20th century, parties and national feminist fronts were created and, in the 1936 elections, Cuban women were able to vote and be voted for the first time. The 1940 Constitution established the equality of all Cubans and the recognition of various rights, but in practice, women have had to face various obstacles to live an integral citizenship.

In recent years, initiatives such as Women in the history of Cuba or Women who make history have tried to recover—and shed light on—the important legacy of Cuban women in various fields. It is in this context where their role of protest and their participation in key moments of national history, such as the Cuban Revolution, become especially relevant.

Women in the Cuban Revolution

Conquest and protection are two essential facets of masculinity in different armed conflicts, which makes the presence of women ambiguous among the combatants and, sometimes, they are seen as a sign of weakness and a source of desire. The case of the Cuban Revolution is no different. Throughout the revolutionary process, guerrilla women were treated more as a problem than as a solution, because supposedly, they would need protection, in addition to being a distraction for men.

In general, women were assigned to positions associated with their supposed “qualities of their sex”, meaning acting as nurses, cooks, seamstresses, messengers, drivers, propagandists, seeking support and collecting weapons, ammunition and funds. These functions, often associated with care, were not minor or accessory. They were extremely necessary for the continuity of the revolutionary process, but they were delegated to women because they seemed less heroic than taking up arms.

Still, some women became famous during this process. Haydée Santamaría is one of them. A participant in the assault on the Moncada, then Cuba’s most important barracks, on July 26, 1953, Haydée lost her brother, Abel Santamaría, and her fiancé, Boris Santa Coloma, in the operation foiled by Fulgencio Batista’s troops. Both were detained, tortured and killed.

After the Moncada attack, Haydée was assigned to a mission in the United States in search of weapons and financial support. Randall’s (2015) work about Haydée reveals that several gender tensions were implicated in the revolutionary process. In the text, Haydée bore witness to how certain ways of acting and dressing, which now are considered normal, were completely forbidden for her. She was never just Haydée, but rather Abel’s sister, Boris’s girlfriend and the person linked to Fidel. Consequently, she would have to be extra careful of her behavior, or risk to affect the movement as a whole.

Haydée carried with her not only the responsibility for her own actions, but also that of the men and the very movement of which she was a part. The “care” she refers to would be the elimination of her private image, so that this would not compromise the fight. She was a woman who couldn’t just be herself because she saw herself as responsible for all those who, in turn, thought they had to protect her.

The gender role, reinforced in the case of the guerrilla men —virile, desirous, protective and weapon-wielding— should be, in part, annulled by the guerrilla women to be respected by their own and by others.

Between Moncada and January 1, 1959, other women also began to demand their participation in the revolutionary process, especially in direct combat against Batista’s forces. Among the most remembered names are Célia Sánchez, Vilma Espín, Aleida March and Isabel Rielo. Isabel Rielo directed the Mariana Grajales squad, created in September 1958 and made up solely of women.

Cuban historiography gives a prominent place to these heroines, highlighting their multiple functions in the revolutionary process. Still, as stated by Cassia Vassi (2007), the portrait that has been fixed in the fight against the Batista dictatorship has been that of the three heroes: Fidel Castro, Camilo Cienfuegos and Che Guevara entering Havana with tanks and rifles.

The year after the victory of the revolutionaries, the Federation of Cuban Women (Federación de Mujeres Cubanas, FMC) is created, which unifies the Women’s Agrarian Column, the Women’s Revolutionary Brigades, the July 26 women’s sections  and the trade unions under the leadership of Vilma Espín—in which Haydée participated. For the organization, the new place of the guerrilla woman was that of a mother, who is finally protected and at peace to help build a new society, thus giving birth and educating the future generations of the nation. The existence of the guerrilla woman was then necessary to accommodate the mother with family, home, employment and stability.

In the midst of the Cold War, with attacks of all kinds perpetrated by the U.S., the Revolution came even closer to Soviet-based socialism to guarantee its existence. In 1966, after the establishment of a single-party regime, the Communist Party of Cuba (PCC) and rapprochement with the USSR, Cuban women had to assume a new role: to defend the homeland from imperialist attacks, protect the Socialist revolution underway and guarantee the existence of future generations.

The place of women in the Cuban revolutionary process can be understood as multifaceted and constantly negotiated. Sometimes they needed to hide or nullify their gender so as not to compromise the image of the movement or generate “uncontrollable desires” in its members. Sometimes they had to reinforce it to ensure their participation in the fight. They have to be between the war—which cannot have a woman’s face—and home—which must have it. Women were transitioning to survive in a world of virile heroes and often having to do more than all of them.

Today, while there have been numerous advances, Cuban women face multiple challenges to achieve full equality. Cuba was the first country to sign and the second to ratify the United Nations (UN) Convention on the Elimination of All Forms of Discrimination against Women. In political terms, women represent 51.1% of the State and government leadership and 53.2% of the National Assembly of People’s Power (Parliament).

Meanwhile, the National Office of Statistics and Information published in 2019 the data from the latest National Survey on Gender Equality. According to the survey, 39.6% of women said they had been victims of violence at some point in their lives, highlighting psychological and economic violence as the main forms of aggression. In addition, stereotypical ideas about femininity and masculinity continue to exist on the island and gender disparities in the total workload between men and women persist, the survey showed. 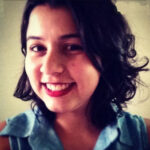 Doctoral candidate and master’s degree in Political Science from the State University of Campinas (Unicamp). She is a researcher at the Laboratory of Political Thought (PEPOL-Unicamp) and is part of the Feminist Marxism collective.