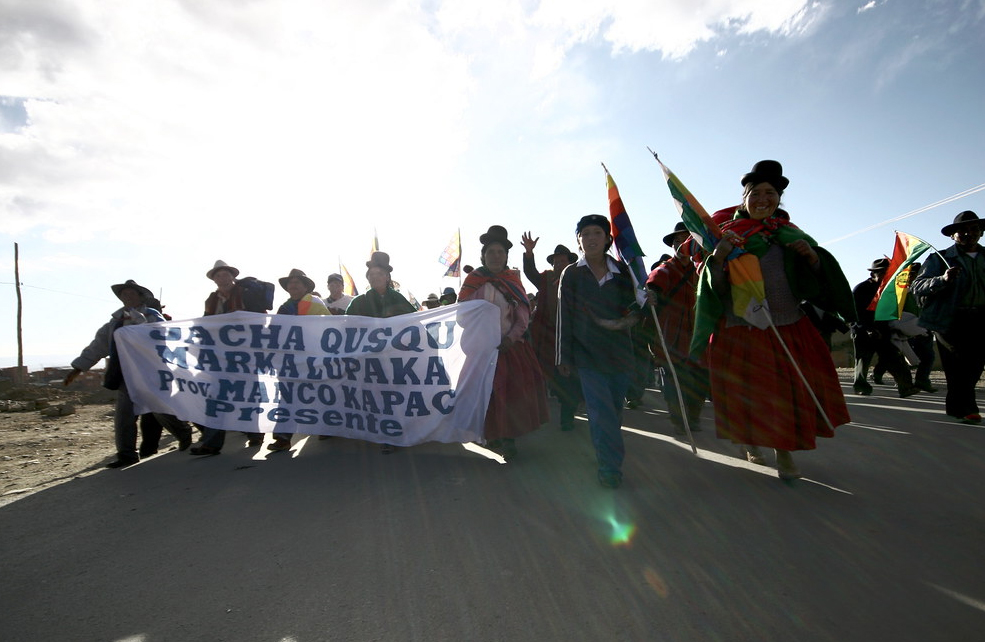 “This Committee will not rest until it sees behind bars these human beasts (Western-Indians) unworthy of being called citizens; settlers who bite the hand of this land (East) that opens its arms to them to get them out of poverty, and they will pay for this affront”. These were the words of Romulo Calvo, the president of the pro-Santa Cruz civic committee (a civil institution that brings together entities and represents social, political and economic interests of the department of Santa Cruz) in the last assembly.

On October 18, the national elections will be held in Bolivia after a prolonged political-electoral process that has lasted almost a year since the failed elections of October 20, 2019. Social polarization and party fragmentation are two connotations of this process in a context marked by the pandemic.

conjunctural social polarization: west versus east of the country, and whites versus Indians

Social polarization. We will refer only to two junctures —due to their relevance— of long standing in Bolivia that once again manifested themselves in the context of the 2020 political-electoral process and explain the conjunctural social polarization: west versus east of the country, and whites versus Indians. We understand as polarization the fact that political opinion is quite divided, the fissures are deep, there is no consensus and extreme discourses represent closed cognitive structures impermeable to other arguments.

The Western versus Eastern split manifested itself with the reappearance of a former peasant leader, Felipe Quispe (el Mallku), on the national media scene in his capacity as “commander of the highland blockades” in the west of the country (La Paz). His political discourse pointed to the vindication of Kollasuyo (it comes from the Aymara inhabitants speaking a series of independent kingdoms of the Titicaca plateau with strong cultural ties) and the denial of Bolivia as a Republic. In his words, “from 1825 until the present government of Añez (interim president) we have been managed by governments that are not ours. They are foreigners, they are settlers, they are colonials who came from Europe, from Croatia, from other places (who live in Santa Cruz). They govern us and we are still submitted.

With respect to the white vs. Indian split, it was again put up for debate in the context of the urban middle-class rebellion in late 2019 that led to the fall of Evo Morales, by former Vice President Alvaro Garcia Linera. He writes: “when the process of change introduces other mechanisms of efficient intermediation towards the State, the secular certainties of the world of the traditional middle class are shocked and scandalized. The lineage, the whiteness and the lodge, including its rhetoric and aesthetics, are expelled by the union and collective bond”.

As already described, the president of the pro-Santa Cruz committee, Rómulo Calvo (white), marked the ideological distance with an extreme speech that represents the antipode of Quispe’s expression and what was written by García Linera.

In order to understand party fragmentation in the Bolivian political-electoral process, it is pertinent to resort to the concept of moderate pluralism (Giovanni Sartori, 2018). This concept allows us to clarify and distinguish it from the following connotations: the electoral competition between Juntos (Jeanine Añez), MAS (Luis Arce Catacora), Creemos (Luis Fernando Camacho) and Comunidad Ciudadana (Carlos Mesa) is of low ideological intensity. This is because they are not in dispute with hegemonic political projects; they all have centripetal impulses or seek to get closer to the political center as their government programs indicate with respect to the priority they give to the State and its role as an actor with a 51% stake majority (strengthening of public enterprises) and the capacity to redistribute public goods (bonds to popular sectors). In other words, the historical predominance of the national-popular logic in the political reasoning of candidates and voters.

there is no extreme political force with majority and unbalanced support.

Moreover, there is no extreme political force with majority and unbalanced support. According to various polls, it is very likely that no political party will reach an absolute majority as Evo Morales’ MAS did in the previous elections of 2005, 2009 and 2014. The next government will be a coalition between the center right and center left.

The accounts of the Bolivian political parties give no indication of a new political horizon for the decade 2020-2030. The short views and hackneyed speeches of the candidates are a constant in the electoral process, which implies that there is no struggle for cultural and ideological direction between political projects. There is, however, a dispute over spaces of power and the administration of public goods for the benefit of certain interest groups (economic elites). If, from the standpoint of theory, it is understood that the object of politics is the provision of public goods for citizens (Josep M. Colomer, 2007), the candidates and political parties are not convinced in that sense.

However, the suspicion arises that on October 18 the winners will abuse the victory and the losers will become violent with the defeat. A very probable situation considering the attitudes, behaviors and interests at stake as it happened in October 2019, after irregularities were discovered on Election Day and the country, without a government, sailed in confusion for two days. This is why it is necessary for the Supreme Electoral Tribunal to strengthen institutional confidence and for candidates and militants to behave in a civilized manner at the end of Election Day.

In summary, while competing political organizations are careful to address social polarization in their discursive strategies so as to not lose votes, the different groups that embody the cleavages reflect a society with narrow cognitive structures that are impervious to other arguments, a situation that is predominant and worrisome because of its obsessive character.

A conjecture to finish. If social polarization is embodied in party fragmentation, a political polarization will occur that may put Bolivia’s weak democratic institutions at greater risk. A perfect storm if we consider the socially tragic character of the pandemic and the consequent economic crisis. For all this, the democratic transition in Bolivia has more doubts than certainties, a scenario not necessarily sui generis in Latin America, but uncomfortable because of its political instability.