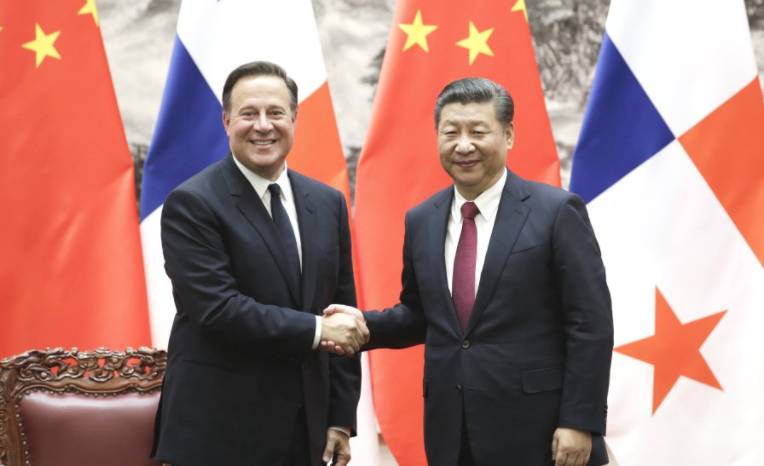 The establishment of diplomatic relations between Costa Rica and the People’s Republic of China in 2007 marked a turning point for the Asian power’s involvement in the region. Prior to the shift, every country in Central America had maintained ties with Taiwan, and the move took place within the context of an ongoing diplomatic battle between Beijing and Taipei. At the time, the change did not provoke an angry reaction on the part of the United States, which itself has maintained close relations with Beijing for decades.

Since 2007, however, the international context has changed. Despite the deeply intertwined nature of the U.S. and Chinese economies, relations between the two countries have deteriorated, and there is a growing consensus within the U.S. political class that China represents — in both business and military terms — a “threat.”

China’s engagement with the world is manifold, and differs according to a given region’s resources and opportunities. Evan Ellis, a research professor at the U.S. Army War College Strategic Studies Institute, with expertise in Chinese-Latin American relations, explains that, “in general…China’s pursuits in Latin America and the Caribbean are remarkably consistent with what it seeks globally: secure sources of commodities and foodstuffs, reliable access to markets for its goods[,] services, [and] strategic technologies.”

Beijing has waged a diplomatic battle against Taiwan vis-à-vis Central America, but China’s main interest in the region is geo-economic. On top of its strategic military value, geography has lent the isthmus an economic value as well, thanks to its proximity to the United States — its access to the Gulf of Mexico and its status as the “backyard” of the United States, or, in Ronald Reagan’s term, its “soft belly.” The region’s geographic position has meant that it has become a global communications and transportation hub. It is a key maritime and air traffic corridor — a bridge between two great oceans, and between the northern and southern subcontinents of the Americas. Ports, airports, multimodal transport platforms and the construction of roads are all important to the United States, but also to China, a rising global superpower.

Central America may not have the lure of Chile’s copper reserves, or Venezuela’s oil deposits, or Peru’s iron lodes, but it is a key trade corridor for Chinese access to the east coast of the United States.

As the global rivalry between the United States and China escalates, reactions to the region’s relationship with Beijing are changing. When Costa Rica established ties with China, there was no reaction from Washington, but the establishment of Chinese relations with Panama, the Dominican Republic, and El Salvador have prompted calls for U.S. diplomatic consultations in all three countries.

In January 2020 U.S. Secretary of State Mike Pompeo cautioned Costa Rica against Chinese promises, which, he said, “have often produced only debt, dependency, and even the erosion of sovereignty from some nations.” During a recent visit to El Salvador, President Biden’s special envoy to Central America, Ricardo Zúñiga, expressed concerns over the Bukele administration’s rapprochement with China — a confirmation of the U.S. political class’s growing worries over China’s presence in the region.

Even without considering the concerns of U.S. officials, and despite the fact that Honduras, Nicaragua, and Guatemala do not maintain diplomatic relations with China (even though Chinese businesses operate in Guatemala and Honduras), the increase in Chinese activity in the region is nevertheless a noteworthy development.

Chinese involvement in Panama pre-dates the establishment of diplomatic relations. Hutchinson-Whampoa, a Chinese company based in Hong Kong, was involved in container transport operations there, and when Panamanian President Juan Carlos Varela started developing closer ties with Beijing, relations between the two countries advanced rapidly. Panama agreed to join China’s massive “Belt and Road” global infrastructure project, and President Xi Jinping visited Panama in 2018. Since 2001, trade between the two countries has grown by a factor of 22.

Conversations regarding a Chinese-Panamanian free trade agreement have stalled, however, as have Chinese investment projects in general. Chinese companies involved in copper extraction in Panama have pulled out of the country. Construction of a new shipping port is incomplete, and investments in electricity have slowed, as have various water management projects, including the construction of a fourth set of canal locks. Under the administration of Laurentino Cortizo, projects of interest to China have failed to materialize.

In response to warnings from the United States, the Cortizo government, in power since 2019, is putting the brakes on developing more ties with China. On a visit to Panama in October 2018, Pompeo warned Varela of the dangers posed by the Asian superpower, but the prospect of Panama backtracking on its diplomatic relations with China and recognizing Taiwan is highly unlikely. China will continue to invest in and trade with Panama.

Chinese companies are currently constructing a fourth bridge over the Panama Canal, and despite opposition, the government is set to renew its contract with Hutchinson for operation of the ports. The construction of a new convention center financed and built by China is already complete, and Chinese technology companies Huawei and ZTE continue to provide equipment for Panama’s telecommunications service providers, as well as for “safe city” surveillance systems in the port of Colón. The Chinese government’s global educational partnership program, known as the Confucius Institute, has a program at the University of Panama, and more than 200 Panamanian students have received scholarships to study in China.

Costa Rica’s relationship with China took off in 2007, when ex-president Óscar Arias severed ties with Taiwan after China agreed to purchase $300 million in Costa Rican debt. As a further token of appreciation, the Chinese government spent over $100 million building a new national sports stadium in San Juan, and the countries entered into a free trade agreement. This was followed by visits from presidents Hu Jintao and Xi Jinping, the donation of a new building to house Costa Rica’s National Police Academy, and donation of two of police surveillance airplanes. In February 2021, the Chinese government gifted millions more in motorcycles, body armor, and other security equipment to Costa Rican police. The Confucius Institute is active in the country as well, operating out of the University of Costa Rica.

Relations between China and Costa Rica have remained cordial, but the last two Costa Rican administrations have begun cooling ties in light of U.S. warnings. During a 2020 visit by Pompeo, the U.S. ambassador criticized Chinese road construction projects in the country.

But the relationship has been a positive one for both countries, and follows China’s pattern of relationship building with the developing world more broadly: gifts, coupled with an opening of local markets to Chinese exports. Today, China continues to import Costa Rican pineapples and beef, and Costa Rica recently purchased several Chinese passenger trains. In 2020, 2% of Costa Rica’s exports and 14% of its imports were with China.

Despite these cordial ties and trade benefits, the Chinese company responsible for expanding and modernizing Highway 32 in Costa Rica has yet to finish construction, due to design errors and delays in property expropriations. The proposal to create special economic zones has not seen any progress, and a project to upgrade the state oil refinery has drowned in a sea of corruption accusations. On the diplomatic front, the administration of Carlos Alvarado, plagued by its own internal problems, has neglected to strengthen ties with Beijing: the President has not travelled to China, and has not received any visits from any high-level Chinese officials.

Diplomatic relations, however, will remain unchanged. Costa Rica is valuable to the Chinese, and despite any logistical difficulties, trade will continue to grow. Infrastructure and technology projects may cause concern in the United States, so Costa Rica will have to work toward finding a balance.

In El Salvador, on the other hand, the turn toward China has been significant. In the face of criticism from Washington for his authoritarian maneuvers (ousting several constitutional judges as well as the Attorney General), and with the publication by the U.S. State Department of a list of corrupt Central American officials, which included members of Bukele’s government, the President has moved to strengthen ties with China, and during the new U.S. administration’s first visit to the country, he refused to meet with President Biden’s special envoy. Bukele has also engaged in vaccine diplomacy with the Asian power, thanking President Xi Jinping for helping El Salvador acquire 500,000 doses of Covid-19 vaccines from Chinese drugmaker Sinovac Biotech.

Critics of Bukele have denounced Chinese “interference,” prompting the Chinese Embassy to assert that their aid is not tied to geopolitical interests, and that they have never used foreign assistance to interfere with the internal affairs of another country.

The day after the U.S. government published the list of corrupt Central American officials, the Bukelista majority in the Salvadoran Legislative Assembly rushed through the ratification of a 2019 cooperation agreement with China. According to an announcement delivered by Bukele himself, the agreement will deliver $500 million in Chinese financing for mega-projects, including a national stadium, a national library, a water treatment plant in Lake Ilopango, tourism infrastructure, the restoration of an archaeological site, and the renovation and expansion of the port of La Libertad.

Salvadoran exports jumped to $85.5 million following the establishment of diplomatic ties with China in 2018, but in 2019 that figure dropped to $51.9 million; that same year, Chinese imports to El Salvador rose to $1.723 billion.

Additionally, as in Panama and Costa Rica, El Salvador has welcomed the Confucius Institute, which operates out of the national university in San Salvador.

China continues to increase its presence in Central America, as warnings from the United States intensify. The situation in the isthmus will continue to be one of competition rather than confrontation, but the United States will also continue with its nineteenth century Monroe Doctrine approach to the region, pushing back against extra-continental insertions into its zone of influence. 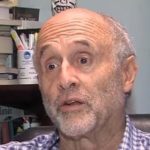