The change of foreign minister made by President Jair Bolsonaro in April 2021 brought to the head of the foreign office a diplomat with direct ties to the traditions of Itamaraty, as the Brazilian Ministry of Foreign Affairs is commonly known. At the time, it was believed that, with new Minister Carlos França, foreign policy would get out of the rut into which it had fallen with the former minister, the denier, Ernesto Araújo. Expectations were high. Nevertheless, you can ask if the Brazilian foreign policy really changed or if the change of chancellor is enough to change foreign policy.

A few months before the next elections scheduled for October 2, on July 18, the president met with dozens of ambassadors in Brasilia with the intention of attacking the electronic ballot boxes and the Brazilian electoral system. On the occasion, Bolsonaro directly criticized three Supreme Court judges, and, like it or not, it was Brazilian diplomacy that extended the invitation to the ambassadors. At the event, foreign minister Carlos França was present.

The event led the most varied sectors of society to raise their voices in defense of democracy and the Brazilian electoral system extending criticism to Brazilian diplomacy. Why has the Foreign Affairs Minister assumed this role? Hadn’t he arrived at the foreign office to return foreign policy to normality?

Upon becoming president in 2019, breaking with a tradition of continuity, Jair Bolsonaro structured a new foreign policy, based on new ideas and putting in check the standards that had guided Brazil’s international insertion for a long time. Often, Bolsonaro’s foreign policy issues sought to satisfy the demands of specific groups that had supported him in the electoral campaign, reducing the Itamaraty’s decision-making centrality.

The foreign policy reflected the growing fragmentation of the decision-making process and the divergence between the different actors who made up the government’s support base. Thus, there were changes in the definition of external allies and adversaries with repercussions in all areas.

Former foreign minister Ernesto Araújo, who represented the denier wing of the government, described Western civilization as a set of traditional ideas that would be at risk of disappearing due to certain projects guided by the bureaucratic apparatus of multilateral institutions. Araújo conceived a foreign policy based on anti-globalism, religious conservatism, and anti-communism, presenting Brazil as a Western, Christian, and sovereignist nation, as if, together with the President, the Minister was trying to reformulate the country’s foreign identity.

From the beginning of his government, Bolsonaro had difficulties managing the country as a result of political fragmentation; obstacles to building a significant support base in Congress; clashes between the liberal economic dimension and a nationalist bias; and the impossibility of separating the government from the political platform. However, his behavior denying the COVI-19 pandemic exposed (and exacerbated) its limits.

The progress of the second wave of the pandemic was widely criticized and economic stagnation coupled with inflation began to affect the consumption of the poorest sectors of the population. The president then sought the support of the traditional groups in the legislature and gained new partners in both houses of Congress in exchange for seats.

In this framework, the legislature – including the president’s new support base – played an important role in Ernesto Araújo’s resignation. Thereafter, the new foreign minister Carlos França brought the diplomatic discourse closer to the Itamaraty’s tradition by reducing friction with traditional foreign partners. França also pursues to recover the Ministry’s centrality, trying to make the Ministry’s external performance more predictable.

This attempt to correct course and “return to normalcy” has reduced the weight of anti-globalization and conservatism in the official discourse, although, has not succeeded in bringing foreign policy back to Itamaraty’s previous parameters. Despite a better dialogue with external partners, as in the case of the interaction with Argentina, the basic ideas of foreign policy actions did not change.

In addition to not avoiding this meeting of Bolsonaro with foreign ambassadors, Foreign Minister Carlos França did not avoid Bolsonaro’s criticism of the Brazilian electoral system in a meeting with Joe Biden at the Summit of the Americas. Nor could he convince the president to be present at the Mercosur Summit in July in Paraguay.

Regarding the war in Ukraine, Brazil’s vote in the Security Council condemning the invasion did not overcome Bolsonaro’s neutrality after meeting with Wladimir Putin, and it was not possible to achieve a joint Mercosur statement. Brazilian votes in the Human Rights Council continued to be guided by the Ministry of Women, Family and Human Rights, led by an evangelical and conservative minister who opposes gender issues and abortion.

Ernesto Araújo’s furor and denialist momentum, as well as President Bolsonaro’s dream of changing the country’s external identity, are behind him. But while less strident, foreign policy has become ambiguous and unfocused.

At the Planalto Palace meeting, ambassadors listened in silence to Bolsonaro’s exposition against the Brazilian electoral system while the Foreign Affairs Ministry remained silent. The hallmark of Carlos França’s foreign policy became inertia, articulated to the intentions of carrying out a very low profile policy until the elections.

The next president and his foreign minister will have to pick up the pieces of Brazil’s shattered international image and try to put them together to recover Itamaraty’s tradition. 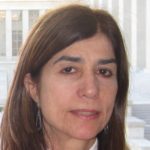 Professor and researcher of the Post Graduate Program in International Relations at the Univ. of the State of Rio de Janeiro. PhD in Political Science from the Complutense Univ. of Madrid. Post-Doctorate at the European University Institute (Florence, Italy).