A few months before the elections that will define who will take the office of the Executive Power in 2023, the current president and candidate for reelection, Jair Bolsonaro, once again criticized the Brazilian electoral system in a meeting called by him with the presence of dozens of ambassadors on July 18. The subject of the meeting was electronic ballot boxes, but it turned into a meeting to question the results of the ballot boxes in the last elections and an attack on the independence of the other branches of government through criticism directed against the Electoral Justice and the Supreme Federal Court (STF).

A month and a half earlier, on May 31, the president of the Superior Electoral Court (TSE), Edson Fachin, had already met with representatives of embassies and heads of diplomatic missions to present the functioning of the elections in Brazil and to reinforce the role of the Electoral Justice in guaranteeing the transparency and security the ballot boxes results. On the occasion, Fachin even invited the international community to remain “alert against frivolous accusations” and to avoid being contaminated by the “virus of disinformation about the Brazilian electoral system”. A clear reference to the attitudes of President Bolsonaro and his more radical electoral base. It was clear, therefore, that the attitude of the head of the federal Executive in convening the meeting with the ambassadors was to “respond” to the president of the TSE and disqualify his statements.

The TSE, through the Secretariat of Communication and Multimedia of the electoral court, refuted the criticisms and accusations made by Bolsonaro. The president of the Senate, Rodrigo Pacheco, in his speeches and posts on social networks defended “that the security of the electronic ballot boxes and the fluidity of the electoral process can no longer be questioned” and that any questioning to the contrary is “bad for Brazil in all aspects”. Other presidential candidates and political leaders also adopted this position.

This is not the first time that the head of the federal Executive has lashed out against the country’s democratic institutions. Since he assumed the Presidency, Bolsonaro has deployed the idea, quickly appropriated by his most loyal voters, that there was fraud in the result of the 2018 presidential elections, preventing his triumph already in the first round of these, and that the electronic ballot boxes are not reliable.

In other situations, the heads of the federal legislature (Senate and Chamber of Deputies), together with the STF, have tried to defuse the situation, but all attempts have been in vain. The constant attacks on the Supreme Court ministers and the electoral system made fruitful institutional dialogue impossible. In August 2021, in another of these episodes, specifically to judges Roberto Barroso and Alexandre de Moraes, and of unproven allegations of electoral fraud, the president of the STF, Luiz Fux, went so far as to cancel a meeting attended by the heads of the three branches of government.

Everything seemed to be going in another direction after Bolsonaro suffered a major defeat in the Legislature against the proposed constitutional amendment that sought to institute printed voting: 218 deputies voted against the proposal, 229 voted in favor of the change advocated by the president, and there was one abstention. Since this episode, was an attempt at constitutional reform, at least 308 deputies were needed to vote in favor of the proposal in order for it to go forward in Congress. The legitimacy of the result was not enough to prevent the issue from once again becoming a priority for the president.

Why is Bolsonaro questioning the electoral system by which he was elected several times?

It is the adoption of a clear disinformation strategy, i.e., it seeks to confuse the voter and cause instability in the political game. Returning to this issue, currently, shows great concern with a possible defeat in the 2022 election. Since his main political rival, former president Luiz Inácio Lula da Silva regained eligibility and presented himself as a pre-candidate for the presidency, Bolsonaro has failed to return to being the preferred candidate of Brazilian voters.

Observing Lula’s growth and consolidation as a favorite in the polls, even in strongholds that voted overwhelmingly for Bolsonaro in 2018, such as the case of the states of Minas Gerais and São Paulo, the Government has moved to approve a set of economic measures to try to reverse such situation. The main example was the parliamentary support obtained to approve the constitutional amendment in two rounds, known as “kamikaze”, which approves a state of emergency in the country to open a loophole in the electoral legislation that authorizes the president to grant social benefits in the election year (such as the increase in Auxílio Brasil program for low-income families and assistance for truck drivers, among others). The implementation of the benefits began on August 9 and will end in December 2022.

Since the measure was approved, new polls have pointed to an improvement in the government’s assessment, mainly in the most vulnerable social strata. But no poll has so far shown sufficient improvement in voting intentions for Bolsonaro to change the current electoral scenario and reduce the high rejection of his candidacy.

What impact will the attacks have on this year’s electoral process?

On August 16, the electoral campaign officially begins and the electoral propaganda will be released. From August 23, the campaign will also occupy radio and television. It is unlikely that attacks on the electoral system will cease to be part of the campaign agenda of the candidates related to Bolsonarism. On the contrary, maintaining the attacks on the electronic ballot boxes and reinforcing the idea that there is a working group to “remove” the current president from power (and that this will happen through electoral fraud) is part of the strategies of a far-right candidacy that longs to repeat the 2018 campaign, marked by disinformation.

Throughout his term, Bolsonaro has not moved away from that rhetoric, and now, in this next campaign, he will maintain his strategy, which will continue to cause damage to democracy. If so far all the institutional responses have not been able to stop the attacks on Brazilian institutions, let’s hope that voters will do so at the electronic ballot boxes this year, the same ballot boxes that, since 1996, have guaranteed Bolsonaro successive parliamentary victories and the 2018 presidential victory. 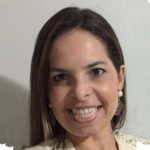