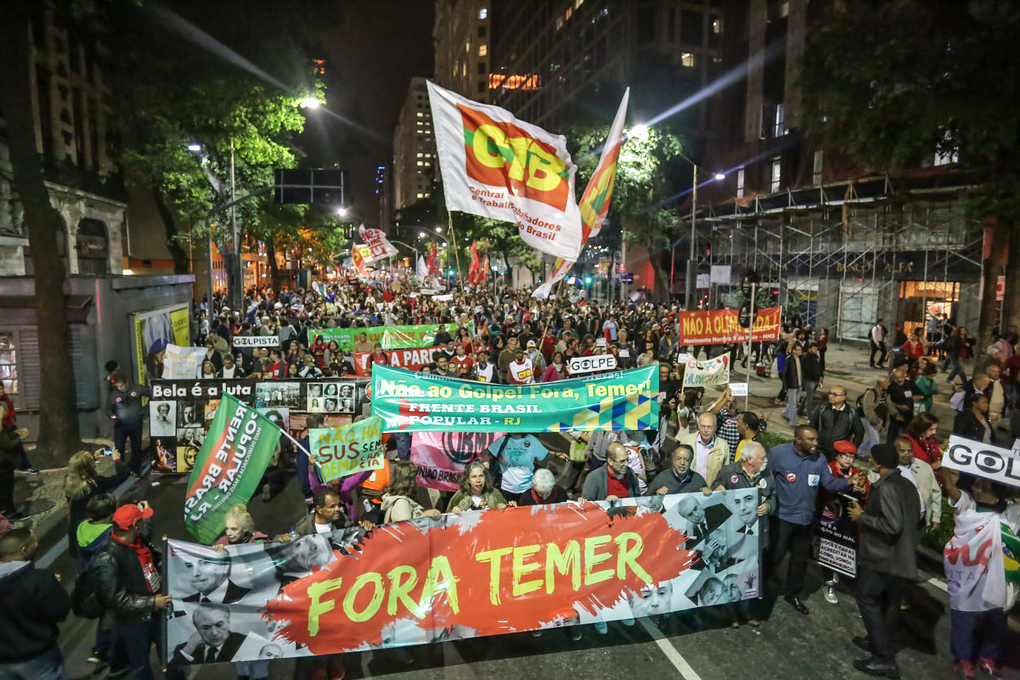 It is impossible to understand what is happening in Brazil today without referring to the institutional coup of 2016. The dimension of the current Brazilian crisis cannot be reached without considering that institutional rupture. Its achievement symbolized the end of the Brazilian democratic period initiated in the 1980s (the New Republic) and opened the doors for the election of the ultraconservative and authoritarian government of Jair Bolsonaro. As a precondition for discussing “broad fronts”, “democratic fronts” and ways out of the crisis, that fact cannot be forgotten.

Coup d’état is a concept that has existed since the 17th century and has taken different forms over time. If the concept is changeable, why should this change not continue to occur? The specialized literature maintained its understanding of coup as synonymous with a type of phenomenon frequent during the 20th century in Latin America. However, it is urgent that the military coup paradigm be nuanced, so that what is happening can be understood. For example, the neo-coups suffered by Manuel Zelaya in Honduras (2009), Fernando Lugo in Paraguay (2012) and Dilma Rousseff in Brazil (2016).

It is in the sense of a new type of coup that we adopt the definition of neo-coupism with the aim of understanding processes of destabilization and overthrow of legitimately elected governments. This new type does not involve the use of physical violence by the military and is processed through distorted interpretations of institutions, combining institutional strategies with the mobilization of sectors of civil society through oligopolized media and digital social networks. These characteristics are intended to clothe non-electoral strategies of coming to power with some legality and legitimacy.

An important point about neo-coups is that they are more processual and subtle forms in the concentrated use of force. What has been reinforced now is the use of institutions in their execution. Thus, neo-coups should be understood as a type of coup that preserves certain legal appearances, and which is preferably processed through existing institutions and the fulfillment of formal rites.

These more procedural and subtle forms are more difficult to identify and condemn. However, they are in fact coups, because they preserve their essential element: they are breaks, ruptures, in which their central agents integrate the state apparatus. What has changed since the invention of the concept is to some extent the pluralization of its agents, but mainly the means used to achieve it: the appearance of legality.

A precise definition should avoid loose notions such as neo-coup or 21st century coups. These concepts only define the phenomenon by what it is not: a military coup. Other concepts go a step further, defining the phenomenon for what it actually is, such as the idea of a “parliamentary coup”.

However, parliament is not its only agent. It may not even be the main one, given the weight of the judiciary in the execution, recognition and dyes of legality of the whole process. In the neo-coups, the main agents were the conservative political sectors, acting through the legislative and judicial powers with the support of the military corporation.

Additionally, they are supported by the local bourgeoisie, middle classes, religious sectors and communication oligopolies with the support of international right-wing think tanks and the US government. If we were to define the concept based on the agents of the coup, we could end up with an unusable descriptive concept: “parliamentary-judicial-civil-military coup…”.

A definition focused on the means used should be sought. We can ask two questions about a coup: who does it? and how is it done? To the first question, we can answer that they are still agents of the same State, which is essential to the concept of coup from the beginning. The transformation that is taking place is related to the second question, how is it done? Thus, better concepts are soft coup or soft coup, which focus on “how it is done”: in a subtle, non-violent way.

The new type of blow mainly tries to simulate that it is not a blow. In the past, coups could look like coups. Now that democracy has hegemonic value, even in its elitist, liberal conception, coups must resemble democratic processes. In this way, preserving certain formal simulations, it cannot be stated categorically that democracy has been violated.

If neo-coups are those that cannot resemble coups, this is obtained by their (distorted) processing by the institutions. Hence, my suggestion to call them “institutional coups”.

The Brazilian institutional coup of 2016

This is precisely what happened in Brazil in 2016, with the collapse of a government elected a year and a half earlier, with no allegations of crimes related to the president, beyond the obscure argument of the “fiscal pedaling” carried out in her government and in all previous ones.

With a long anti-corruption media campaign and massive street demonstrations led by the middle classes, the climate for the achievement of the coup was obtained, once again, without any accusation of corruption against the impeached president. In fact, it was only an impeachment. A vote of no confidence in a minority government, typical of parliamentary regimes. But in this case, it was carried out in a presidential regime?

This would not be possible without the criminal association (now very well documented) of federal prosecutors and a judge of first instance, with privileged information provided by the U.S. State: Operation Lava Jato. With the disclosure of hacked dialogues between them, the whole arrangement and the prior conviction established from the beginning of that operation, as well as its final political objectives, can be perceived.

And now it is also known that it was carried out with the support of the military and its mobilization to articulate Bolsonaro’s candidacy in 2018, as well as the imprisonment and suspension of the candidacy of his main opponent: Lula. A coup without explicit violence does not mean that it is prosecuted without the participation of the military.

The revelations of the recently published book of memoirs by Eduardo Villas Bôas, at the time Chief of Staff of the Armed Forces, make explicit the participation of the corporation in the whole process. They simplify the understanding of the role of the Brazilian Armed Forces in the current government, which is increasingly configured as military in nature. They indicate, once again, the tutelage that the Brazilian military has always exercised over the State, its veto to the democratization processes, its authoritarian and anti-people nature.

With the explicit militarization of the Bolsonaro government, the dead end of Brazilian democracy becomes evident.

For a redemocratization, it will be necessary to review the institutional coup. An auspicious beginning of this review has been the annulment of Lula’s convictions in the Federal Supreme Court, and the probable declaration of suspicion on the acts of former Judge Moro by the same Court.

Both measures constitute, for now, the first good news in many years. Something is moving. Let’s wait for the reaction of bolsonarismo and the military.