What does the future hold in terms of Lula’s relationship with Brazil’s powerful evangelical movement? During the recent presidential campaign, evangelical leaders praised Bolsonaro and demonized Lula. “Pop pastor” Claudio Duarte, with more than 7 million followers on Instagram, argued that being a good Christian meant voting for Bolsonaro. Likewise, Silas Malafaia, a key Bolsonaro ally, called Lula “an embarrassment.” Meanwhile, Michele Bolsonaro – her husband’s key link to evangelical leaders – affirmed that Lula was “the father of all lies”. Given this rhetoric, some observers have concluded that there is no hope that evangelicals could make peace with the PT and its historic leader.

As recent approximations between key evangelical leaders such as Edir Macedo and Lula suggest, this conclusion is likely incorrect. First, it’s important to recall that Macedo supported Lula in the past, and his party participated in the PT’s government under Dilma, when his nephew Marcelo Crivella served as a cabinet minister. Another reason why this chasm is not unbridgeable is that among evangelical voters, opposition to Lula was never monolithic. In May of this year, Datafolha found that 39% of evangelicals supported Bolsonaro, while 36% supported Lula. By the end of the campaign, after intense lobbying in favor of Bolsonaro by many evangelical leaders, this gap increased and Bolsonaro achieved the support of 61% of evangelical voters – yet Lula still retained 32%. Bolsonaro did win a decisive advantage, but the rapid increase indicates that evangelical’s support for Bolsonaro may be temporary, and ephemeral.

Perhaps most importantly, evangelical churches cannot thrive in opposition to a Lula government – or to any government. In Brazil’s increasingly competitive religious market, evangelical leaders need government resources to thrive. This is because, for one, the resources of church-going faithful alone are not enough to sustain and expand the movement. Nearly 2/3 of evangelicals earn less than the minimum wage. Neopentecostal pastors in particular must demonstrate financial success through fancy church buildings and opulent lifestyles, given the centrality of the “prosperity gospel” to their appeal.

Because they can’t rely on the faithful to fill their coffers, evangelical leaders turn to government. Through their representatives in Congress, evangelical churches compete to access government resources that they can distribute to their followers and gain a competitive advantage in the religious market. After all, a key appeal of evangelical churches are the services they provide to the poor – but such services are expensive and require a constant influx of cash. Evangelical churches also seek influence over numerous important public policies, including access to and regulation of mass media such as TV, radio and social media; taxation of church property and vehicles, tax holidays for certain ICMS payments, and education curriculum and policy. Given the need for resources and influence, evangelical leaders have strong reasons to work with the government, and no reason to work against it.

Finally, Lula needs evangelicals’ support just as much as they need his. Playing nice with evangelical leaders could even reap considerable political benefits for Lula and the PT, both during his upcoming presidential term and in the next presidential election. After all, although Bolsonaro drew support from a large but diffuse voter base, he leads no political party. Without a party, he is unlikely to be able to build and command a solid opposition to Lula’s government. Deputies from the multi-party “centrão” also need access to government resources, and Lula – a leader with resilient and proven popularity – will remain not just a key player but someone who may even grow more popular if his administration is a success. Brazilian politicians are experts at knowing which ways the wind blows – and right now, the winds favor Lula. To the extent that Brazil faces no major economic or political crises, polarization between the incoming president and evangelical Christians is likely to decline.

*David Samuels is an American political scientist and Professor of Political Science at the University of Minnesota, U.S.A. Ph.D. from the University of California, San Diego. He specializes in comparative politics and Brazilian politics. 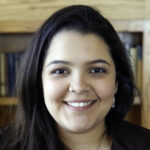