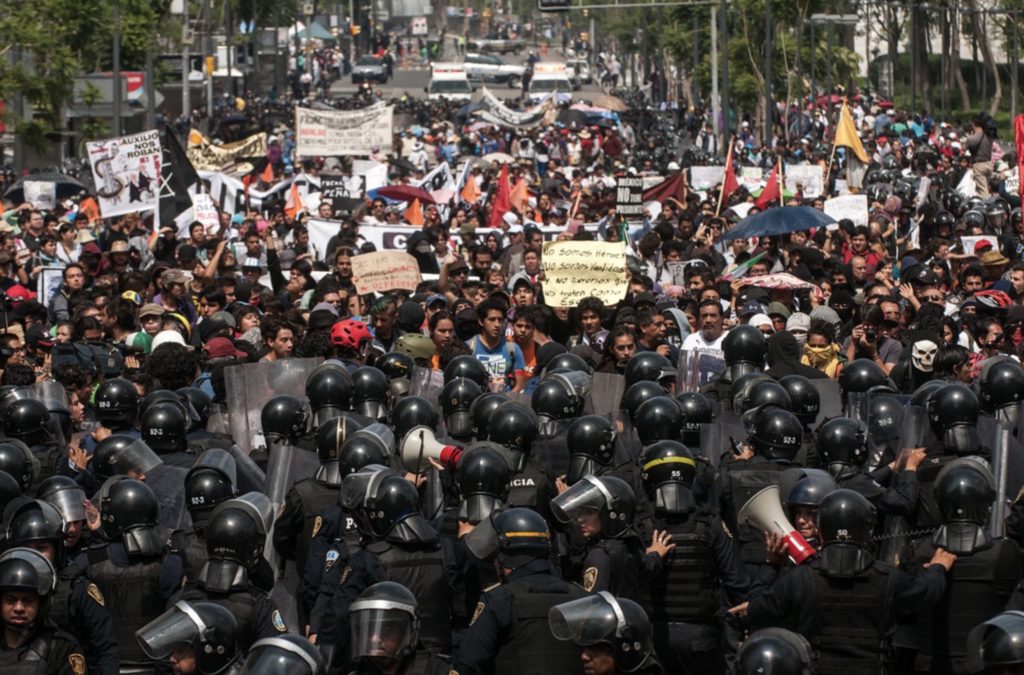 The pandemic turned the world upside down, shook institutions, generated new social conflicts and deepened existing ones. Various political systems in the Americas were affected by social and ideological polarization, the emergence and strengthening of extremes, and distrust of democratic institutions. Making matters worse, this was spiced up by waves of fake news. In both the north and south of the continent the situation has been just as critical. What parallels can be drawn? Are there lessons to be learned?

Let’s look at the case of the United States. The success of quasi-guerrilla tactics in positioning messages once considered peripheral or extremist was overwhelming. Among them is the use of media apparently unwelcome to new information technologies-such as amplitude modulated (AM) radio-for the dissemination of ultraconservative messages. To cite one example, Brian Rosenwald’s research, published in 2019, accounts for how the radio industry was co-opted by the radical right, expanding from fifty-nine to over a thousand radios since the 1980s.

In the process, ultraconservative rhetoric amassed unquestioned political power, convincing the country to support a candidate tailored to its needs. Today it continues to demand even more radicalism through its rhetoric and power to penetrate the homes of hundreds of thousands of inhabitants. The use of radio for political purposes in countries with high concentrations of rural populations is therefore not new and is reflected both in the United States and in many Latin American countries.

Another phenomenon to be pointed out is the fact that, in states like Florida, the rejection and fear associated with the Democratic Party’s link to the international socialist agenda and the authoritarian governments of Cuba, Venezuela and even Bolivia or Nicaragua took on a profound significance. A similar situation can be seen among first-generation immigrants in other states, moved to the right primarily by their desire for social and economic mobility.

This shows that hyper-segmented propaganda, with messages directed towards publics with concrete characteristics, does work, because they were used relentlessly and they worked. And, certainly, the voting of important minority groups such as Latinos is not monolithic; they do not vote in bloc.

Now let’s look at the Argentine case. The “cracked” citizens are a symptom of the polarization in the south of the continent due to the ideological distance that currently characterizes them: in favor or against Kirchnerism. With a pandemic in the air, the political decisions of the government of Alberto Fernández deepen the malaise of the dissidents. This is a very critical situation that divides families, couples, co-workers and transcends the political plane. If we consider the effects of COVID-19 and the economic crisis, it is worrying to note the polarization in a country whose political center is now almost non-existent.

Now let’s look at the case of Bolivia. The polarization of the cloistered country is experienced between those who support the MAS (recently elected party) and a heterogeneous opposition block. The electoral triumph of MAS marks a territorial and ideological split that divides the country in two and evidences the failure of the opposition to produce a proposal for political renewal. The return of the indigenist discourse in a mestizo country (according to the results of the 2012 census) constitutes the new political moment that will not be exempt from deep unresolved tensions.

Discerning between real facts and wild ideas like conspiracy theories or unscientific ones becomes a difficult task.

In this scenario of polarization, change and uncertainty, many succumb. Discerning between real facts and wild ideas like conspiracy theories or unscientific ones becomes a difficult task. And as if that were not enough, one of the most disturbing examples in the northern hemisphere, Q Anon’s conspiracy theory now has supporters even among newly elected candidates.

The hatred fostered by false news is probably one of the parallels that have plagued electoral processes in the United States and other countries. Added to this is the mistrust of its electoral courts promoted by extreme right-wing political forces. In summary, one of the toxic effects of polarization is the deconstruction of democratic institutions and the questioning of reason and science.

The pandemic has marked a before and after in our way of life, social relations and work. Today this health crisis finds us in the midst of what we hope will be a paradigm shift driven by the American political shift. The lesson of the U.S. electoral process is the conviction that the deep, open wounds generated by Trump’s ongoing discourse will take years to heal.

It is important to emphasize the urgent need to build bridges of communication and dialogue that will lead us to know, talk and share opinions in a constructive way with those who do not know and think as we do. If in the past it was believed that social networks would help break down the physical boundaries between people, today we know that the business model of these networks is based on hyper-reality, tailored to the user, isolating him even more from the rest of his community and strengthening certain beliefs and prejudices.

We hope, for the sake of humanity, that one of the skills widely capitalized on by President-elect Joe Biden – empathy and the ability to negotiate with the opposing party – will have a multiplier effect on the titanic task of redefining our everyday democratic exercise. If there was any point in sitting on tenterhooks the first week of November waiting to see what would happen in the United States, it was to rekindle hope and a sense that a new and better version of society is possible.

Polarization in North and South America will mark the second decade of the 21st century given the effects of hatred of what is different and the political corrosion produced by mistrust of democratic institutions. The co-responsibility between those who govern and those who are governed in order to overcome it is, without a doubt, a challenge for the countries of the new world at the beginning of this five-year period.