Today in Cuba, a referendum is being held to update the Family Code, which dates back to 1975. The aim of the vote is to legalize issues such as same-sex marriage or protection measures for women victims of domestic violence. However, every mechanism of citizen participation must be analyzed for its legal content, its social context, and its political horizon. Since the autocratic manipulation of plebiscitary votes is not new. From the remote antecedent of classical demagogy (Aristotle dixit) to its modern variations of theme, format, and ideology, the objective always legitimizes the despots inside and outside the country. Broadening their support bases and dividing the citizenry. Manipulating rights, to pervert justice. From Lugansk to Mayabeque.

Recently, numerous conservative governments (especially in post-communist Europe) have abused the mechanisms of direct democracy to give mass legitimacy to the restriction of rights. Sexual diversity collectivities have denounced, as they should, such a course of action. In Cuba, the illiberal nature and plebiscitary tradition of the current regime connects with that global tendency. Hence, from right or left, powers interested in giving voice to the citizenry to strengthen their legitimacy and agenda are part of the current political landscape. From such a framework and precedent, the plebiscitary manipulation artifact called “Consultation on the Family Code”, to be voted in Cuba this September 25 (hereinafter 25S), should be evaluated not only in a legal or moral sense but also in a very concrete sociopolitical terms. The referendum and its positions: Yes, No, Abstention.

There are several elements to consider in the current call. The legal contents have a progressive social horizon, although ambiguous: progress is being made in certain rights, while others remain limited or are susceptible to manipulation by those in power. The social context and the political horizon of 25S are clearly regressive: there are setbacks in the actual status of social, civil, and political citizenship, due to the increasing neglect of growing poverty and social inequality, economic exploitation, and police repression by the State.

Why did the State choose this route for the 25S? Because it fragments and polarizes a society that, during the last years, had matured civically and found certain shared demands, from its identity diversity, in the transversal claim of the right to have rights. The State has chosen, alternatively, to ally with and repress Tyrians and Trojans. In the past years, during the process of discussion of the new Constitution (2018/2019) the most conservative sectors of the State courted the Christian Churches (Catholic and Protestant), aware that they were a growing social force. Repressing then the LGBTQIA+ community, with the milestone of May 2019.

That same State today demagogically reverses the equation. The attitude of a good part of the religious communities, since their participation in the social protests of 2021/2022 and in denouncing and accompanying victims of repression, seemed to convince the State that those faithfuls are today more dangerous to its political hegemony than an LGBTQIA+ community with less mobilizing muscle and susceptible to provide, to the State, sympathies with the international progressive sectors. However, now and after the current situation, how are the religious and LGBTQIA+ communities themselves, confronted with the stratagem of induced polarization, being among the most repressed social groups for decades?

For more than a year, in Cuba, there have been thousands of prisoners and families torn apart for daring to demand their rights in the streets peacefully. The vast majority of the population survives as best they can, many people escape wherever they can.  The elite of this State has manipulated its own legality – including the guarantees announced in the young Constitution – and the belatedly implemented economic changes, in order to perpetuate its monopoly of power. Nothing presages anything but a greater (repressive) politicization of the law and a reinforcement of the (punitive) judicialization of politics. All this weighs, in view of the 25S day.

The fact that the exercise of rights and the eventual progress of a segment of the population has been contaminated by plebiscitary demagogy is clearly the responsibility of the State. By assuming a clear pro “Yes” campaign, the vote mobilization machinery will make this 25S that there will be people who will go and vote in negative. If this option, added to the abstentionism one, grows beyond what is officially acceptable, the State may even be tempted to make up the figures.

In a post-11J environment, where the frankly repressive response to citizen demands has surpassed the traditional “damage control”, can anyone argue that even fraud will not be at hand this 25S, to show the “popular support to the Revolution?”. That is why the in situ, observation, and survey of the electoral behavior may shed some light on the general outcome of the day.

Participating in this 25S by supporting the Yes vote will achieve various progressive benefits for certain sectors of the population, with the wind at the back of the State machinery. Deciding for the No option will conservatively legitimize that same call, even under official censorship, while denying the other rights already enjoyed. Both options bring together many noble, conscious, and politically active people, whose history of pain and hope leads them to exercise their right to defend their ideas and life options. This should be, without fissure or conditioning, respected.

Some critics may find abstentionism a desirable option. In fact, many democratic activists and opponents of the island, known for their support of the claims of historically excluded sectors (including religious and sexual diversity) seem to bet on it. Abstaining constitutes a clear protest, of a trans-ideological nature, against the political and legal manipulation of the new Code. Preserving de facto (given its ex-ante approval by the power) the profits of the beneficiaries.

In the current scenario, this seems to be the option that strikes the best balance between legal content, social context, and political horizon. And the day after, with the die already cast, rebuild from the rubble those minimum consensuses to resist and overcome the devastation that is advancing. 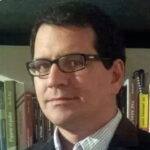