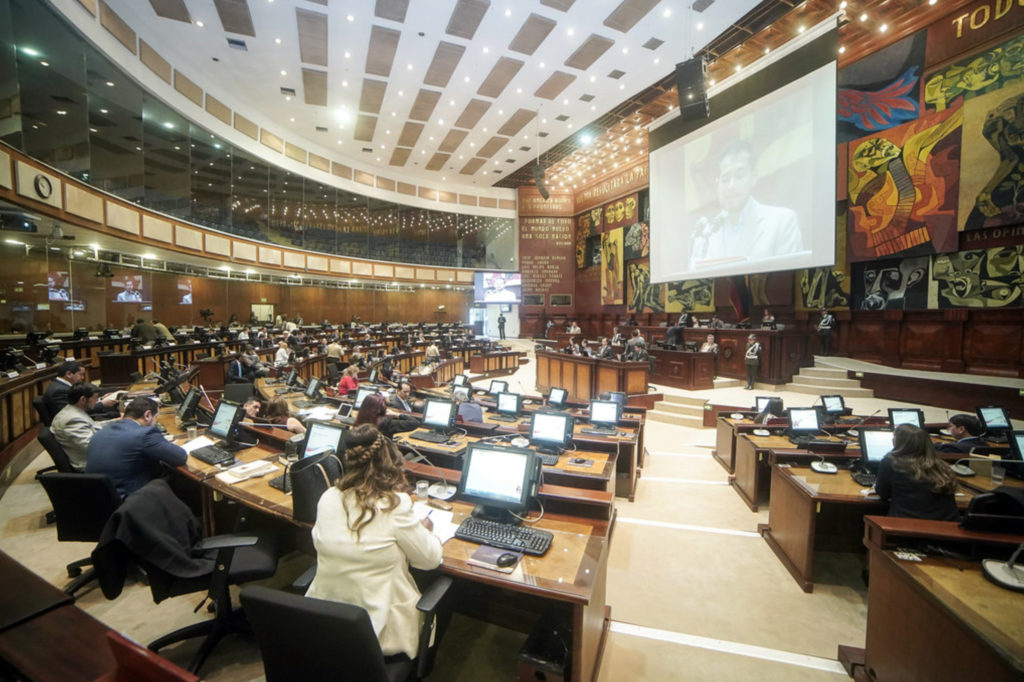 Several countries in the region are about to renew, through elections, the positions of president and parliamentarians. In some cases, pre-existing crisis events that triggered intense mobilizations between October and December 2019 were drastically interrupted by the presence of the Covid-19 pandemic. The situation, for all these cases, revolves around the connection between economic crisis and health crisis. These two dimensions will influence the upcoming electoral processes.

In the case of Ecuador, what is at stake is the exit from one political cycle and the entry into another. This is a phenomenon that in political discussion is recognized as the dismantling of corruption, that is, of a model that has been shown to be responsible for institutionalized corruption by weakening the mechanisms of political and administrative oversight and control, which have been encouraged by the hyper-presidentialist design defined in the 2008 constitution.

The outbreak of the Covid-19 pandemic has deepened these dimensions.

It is this institutional design that has created the conditions for a deep economic crisis installed in the heart of the system, under the figure of fiscal deficit and growing and unmanageable debts. It is this same institutional design that is responsible for the systemic corruption that has weakened the economy and the ethics of public responsibility in the country. The outbreak of the Covid-19 pandemic has deepened these dimensions. On the one hand, it worsened the fiscal deficit by drastically reducing its income and increasing the financing requirements of the health, social protection and security sectors.

Paradoxically, the pandemic facilitated the application of the fiscal adjustment program: contrary to all expectations, in the midst of the health emergency, the government opted for the payment of 340 million in debt, which unleashed protests from certain sectors but allowed it to open the doors to financing a broader program of renegotiation with the IMF and private creditors. This operation relieved the debt-pressure on the public budget, reduced sovereign risk and improved the country’s positioning vis-a-vis the multilateral credit organizations, making possible better liquidity margins in the immediate term, and strengthening the sustainability of the system in the medium term.

But the pandemic also aggravated the social deterioration that was manifested in the increase of unemployment and underemployment rates, and revealed dark traces of corruption in the management of the health emergency. This third component, institutionalized corruption, is added to the economic and health crises. The three complete the set of challenges to which the candidates will have to respond in the electoral event of February 2021.

the electoral campaign presents a panorama of high political fragmentation that is driven with difficulty towards the formation of great tendencies.

In its initial phases, the electoral campaign presents a panorama of high political fragmentation that is driven with difficulty towards the formation of great tendencies. In recent years, the fragmentation has been resolved by means of polarization: large coalitions confronted under antagonistic premises with maximalist positions that make any convergence difficult. If we adopt the left-right ideological differentiation, a first articulation of forces can already be observed to unify the two big parties of the historic right, the Social Christian Party PSC and CREO (Movimiento Creando Oportunidades), an alliance that is limited to supporting the presidential candidacy of the leader of CREO, Guillermo Lasso, while maintaining independent lists for the election of assembly members.

On the left, the disqualification of former President Correa to participate in the elections, ratified by the Courts, weakens his party’s options. The difficulty of finding a substitute personality of the caudillista leader will surely weigh on the course of the campaign.

These definitions at both ends of the spectrum, generate a possible scenario of polarization that could be mitigated by the emergence of actors who bet on converging towards the political center. From the left, the candidacy of Yaku Perez appears being able to attract the vote of important sectors of the indigenous movement and of middle-class sectors sensitive to the ecological vindication. In this same spectrum, but more towards the center, the candidacy of César Montúfar for the Concertación-Partido Socialista alliance is becoming visible, which includes outstanding figures in the fight against Correa’s corruption. In addition to these candidacies, another 14 candidates of ambiguous ideological positioning and with very few electoral options complete what will be the election with the most presidential candidates in the history of the country.

An electoral campaign may be the best way to define the program that the country requires to face both the challenges defined by the crossing of the economic, health and ethical crises, and the inauguration of the new political cycle. The campaign does not yet present a clear definition of the program. However, important positions have already been noted that outline the axes that will lead the electoral debate.

From the right, they bet on the economic reactivation of the private sector, which is seen as a pillar for exiting the crisis; mining and oil, together with the monetization of the assets of the State, are presented as the sources of fiscal financing. The left insists on a reactivation centered on the State with resources from the private sector: Correa’s candidate, Andrés Arauz, generated controversy by proposing the repatriation of Ecuadorian capital deposited abroad. The speech of the Pachakútik candidate, Yaku Pérez, revolves around the promotion of a sustainable economy, opposed to extractive activities. Montúfar, on the other hand, bets on institutional reform as a weapon against corruption.

The challenges arising from this crossroads of critical trends are there. Much will depend on the possibility of creating spaces of conjunction and agreement on the program that the country requires in this complex situation. The construction of a program requires great efforts of reflection from the different political fields involved. The limited room for maneuver in the current situation demands more intelligent connections between economic competitiveness and equity, and between both and the challenges of sustainability.

Photo of National Assembly of Ecuador in Foter.com / CC BY-SA