With the relatively comfortable election of Gustavo Petro and Francia Márquez Mina as a political duo in the second round of the Colombian presidential election, the general comment is that historical patterns have been broken. The image could not be more suggestive: after decades of armed insurgency and determined state response, the rise of a dissident political movement is taking place by democratic means. This includes not only a veteran of that insurgency, but the election of an emerging figure from a significant ethnocultural minority, such as Afro-Colombians.

Undoubtedly, these symbolic aspects are a positive element of the recent Colombian election. Also, the persistence of the electoral struggle and the expeditious recognition, without significant incidents of violence, of a victory that challenges the political system, refute fears of a return to political violence eras that were transversal to Colombia’s institutionality. This seemed impossible a couple of decades ago.

However, the impression of sudden change must be seen in the changing trajectory of the Colombian political system. A prolonged decline of the political establishment took place in Colombia, and the long-lived Colombian bipartisan tradition was not broken in this last process.

Since 1998, with the competition between Horacio Serpa and Andrés Pastrana, there has not been an election between the orthodox groups of the traditional parties. That same election took place in the context of an upsurge of political violence, as well as the debate on the influence of drug trafficking that the controversial Process 8000 showed.

The traditional liberal or conservative dissident candidacies, typical of the Colombian democratic system since its restoration in 1958, were displaced by their most complete expression: the ideological, regional, and charismatic amalgam around Álvaro Uribe.

Uribism, and its criticism, have been the spur of the country’s politics in the last quarter of a century, in an increasingly fragmented party system, with a preponderance of departmental machineries of utilitarian basis, while the capital city has not had a conservative or liberal mayor for almost three decades.

It must also be said that Petro’s own trajectory is that of a historical inheritance peculiar to this long process. His insurgent militancy in the M-19, originally the socialist faction of the nationalist and anti-party hybrid of the National Popular Alliance (ANAPO), was the first step in the forging of a left-wing bloc that may consolidate around the Historic Pact, but which was preceded by multiple unsuccessful attempts.

Petro is not the leader of an alluvial movement, but an experienced politician with forty years of electoral politics. He has had the practical responsibility of governing a complex metropolis, for which he has had to negotiate with adverse political factors, transcending for better and for worse his original position from the historical left.

The political pivot achieved by Petro, after almost a decade and a half of frustrated attempts, may show the possibilities of the democratic left. In the recent history of Latin America, this left has been able to govern without having to decay in authoritarian referents such as Cuba, Venezuela and Nicaragua.

During the pink tide at the beginning of the century, figures of democratic socialism such as Lula, Mujica and Bachelet, emerging from an anti-system past, came to government on their own or in coalitions without ending the alternation with opposing ideological forces or dismantling political controls over the executive powers. It can be said that the marches and counter-marches of the continental democratic process did not have a determining cause in those governments. Even today, the resurgence of leftist coalitions do not necessarily presage a democratic setback, at least any more than would personalist and anti-establishment figures from other parts of the ideological spectrum.

Challenges to the process

However, the limitations of the democratic left model challenge the democratic prospect. First, in terms of its intrinsic effectiveness. Regardless of the corruption scandals that marked some of these efforts, the processes of redistributive transformation of society require state capacities and fiscal support. Few economies in the region will be able to sustain this in a global recessionary context that differs from past decades.

Secondly, the deficit of participation and liberal-democratic representativeness of our political systems may invite institutional experimentation that may lead to populist formulas or to majoritarian formulas of alleged popular democracy without counterweights. Thirdly, the legacy of the struggles, ideology, and symbolism of the historical left combines the justice of many slogans with tolerance for authoritarian elements that are not mere revolutionary nostalgia.

In an increasingly polarized and authoritarian regional environment, the current critique of the legitimacy of authoritarian leftist regimes can quickly shift to an attitude of pragmatic rapprochement, ending in a tolerant openness. Part of Petro’s political career was articulated with alliances and solidarities of the fin-de-siècle Latin American left, and, it must be said, of the São Paulo Forum, of which the Patriotic Union, the junior partner of the Historic Pact coalition, is still part.

The hegemonic temptation is a factor that may be crucial in the Colombian case. In the absence of a vital opposition counterweight, maneuvering towards the center in a fragmented environment would be discouraged. But this is also the general situation in the region. Executives who may feel limits in the development of their government agendas in the face of the centrifugal obfuscation of multiple minority parties with personal leaderships, and the temptation to redefine themselves to the population as a leader that transcends the factional grind. In short, the dilemma between being the troubled and principled Boric, or the unscrupulous and audacious Bukele. If for the latter alternative there can also be a sort of automatic solidarity of a reemerging ideological bloc that mitigates the bad reputation, so much the worse.

Finally, and leaving aside sensitive issues such as relations with the United States, every Colombian president has a peculiar challenge to his position: the agenda of relations with Venezuela. Border differences, security problems, great vital complexity in human and economic exchanges, and an important presence of migrants, are aggravated by the ideological differences between Caracas and Bogotá, which includes an important and vulnerable community of Venezuelan political exiles in the sister republic. Gustavo Petro has so far maintained the approach of a necessary consular and diplomatic rapprochement, without lowering the tone of his criticism of the most authoritarian practices of Nicolás Maduro, notwithstanding the old relations between the Colombian left and the Bolivarian movement.

The deployment of Gustavo Petro’s transforming purpose presents considerable challenges. Although the new president-elect has shown an encouraging attitude, even mitigating some excesses of his campaign, national and regional political dynamics may stimulate a radical temptation. Part of this will respond to the dynamics with which Colombian society reacts to the opportunities for improvement presented by the Historic Pact, but also in the new leadership’s recognition of the institutional inheritance that has allowed its rise to power. Democracy will always require moderation. 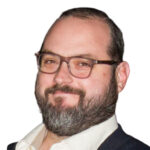