“Colombia fell into the same”, “Colombia is going to become a sort of Venezuela”, fears a sector of Venezuelans after seeing the results of the election in the neighboring country. This fear has a real background: the election of a leftist president in Venezuela led the country to authoritarianism, state fragility, corruption, poverty, inequality, international isolation, migration, and a massive displacement of more than 6 million people. Today Venezuela is under investigation by the International Criminal Court for alleged crimes against humanity. By receiving 20% of the migrant and refugee population, Colombia, much more than any other country in the region, has witnessed the multilevel crisis that its neighboring country is still going through.

Additionally, Colombia has opened its doors to Venezuelan political leaders who were forced to flee their country to avoid being unjustly persecuted; some have strengthened ties with the Colombian right-wing and will probably make Venezuela a domestic political issue, as is the case in Spain. This is a reality that the new Colombian president will not be able to ignore. With the inauguration coming up, what should the new Venezuelan president learn? A succinct answer: to distance and differentiate himself from Chavism. Let’s see.

Unlike Hugo Chavez – who appealed to the support of actors across the political spectrum in 1998 to win a victory – Gustavo Petro did assume a progressive left identity and took the risks that this implied in a country with a conservative trajectory. The Historic Pact promises social justice, the fight against climate change, a halt to oil exploration, and a shift towards domestic industry and agriculture. It also highlights the importance of the development of the regions, and the inclusion of the indigenous population, Afro-Colombians, women, youth, and peasants.

Chávez and Nicolás Maduro made such promises, using similar language, but did not fulfill them. If Petro, therefore, wants to open a path to a modern and democratic left, together with, for example, the president of Chile, Gabriel Boric, he must execute his promises, thus valuing the relevance of political coalitions and without trivializing the logic of markets or fiscal responsibility. The president-elect seems to know this. In his speech on June 19, he spoke of “developing capitalism in Colombia” and of producing to redistribute “on the basis of knowledge, which is how it is produced in the 21st century”.

According to ECLAC figures, Colombia is the country where poverty levels will grow the most this year: from 36.3% in 2021 to 38% or 39.2% in 2022. On the other hand, Oxfam points out that Colombia is among the five most unequal countries in the world in terms of land concentration; 81% of private land is concentrated in the hands of 1%. Only 40% have formal employment, which is one of the lowest rates in the region.

The Historic Pact seeks to transform the reality of the “nobodies”, the historically excluded sectors of the population. Francia Márquez, an environmentalist leader from the southwest of the country, who will be the vice-president – the first woman in Colombian history to hold this position-, has the mission of guaranteeing the fulfillment of these promises. The essential thing will be to surround herself with advisors and experts that will allow them to design sustainable programs that empower vulnerable groups and facilitate social mobility, something that did not happen in Venezuela under Chavez’s administration.

In the case of Venezuela, social programs, financed by revenues from the oil boom, did not stimulate real redistribution or inclusion. On the contrary, they served as a basis for political clientelism, and over time, they also became a mechanism for social control. Chavism, in turn, under Hugo Chavez’s government, sought to benefit its base with programs and discursive recognition, while constantly attacking and excluding the opposing population.

The Chavism that today governs under Nicolás Maduro has further repressed the opposition and the population in general and has accepted the illicit economy due to the inability to generate the substantial oil revenues of the past, which has also implied the destruction of the environment, and a huge and direct impact on the indigenous population.

To fulfill the offer of a Colombia of “peace and love”, Petro and Márquez should clearly dissociate themselves from left-wing authoritarian projects in the region such as the Venezuelan one and, in addition, attend to the needs of another vulnerable group: the Venezuelan population currently living in their territory.

Respect for institutions and opponents

Peace as the axis of the government is Petro’s promise. Unlike Chávez, the Colombian president-elect seems to understand that “pernicious polarization” and annihilation of the adversary are contradictory to democracy. After knowing the results, his advisors and himself welcomed the 10 million voters of Rodolfo Hernández to his government; they invite to dialogue and assure that they will not use power to persecute or destroy the opponent.

In 1998, Chávez won offering to “fry in oil the heads of the Democratic Actions sympathizers” and he delivered: today there are still more than 200 political prisoners in Venezuela, opposition parties are under justice, and a good number of political leaders and journalists are in exile; even the Chavism dissidence itself has been persecuted.

Petro and Márquez speak, rather, of building consensus and propose a great national agreement based on the participation and recognition of the regions. If the Historic Pact fulfills this political offer, respects the independence of powers, and channels its programs in an institutional manner, it would benefit Colombian society and add value to the democratic left, which would separate it from the authoritarian left, as well as from the Colombian right-wing that in the past also tried to erode democracy while exercising power.

To this end, the new pair that will lead the Government will have to make a conscious exercise of institutionalizing processes and mitigating personalism from the Executive, the old obstacles to democracy in the region. Differentiating himself from Chávez and Maduro, but also from Uribe, Bolsonaro and Bukele would vindicate democracy in Colombia and throughout Latin America.

As Francia Márquez says, the triumph of his platform is a historic mandate to transform Colombia. Their mere presence in the future government already marks a before and an after. But that is not enough. Colombia’s own experience and that of the neighboring country teach the whole country that transformations for the benefit of society do not occur if they are excluded, persecuted, or silenced from power.

If peace and democracy do not represent a collective project in its design and execution, it is destined to fail. Therefore, the Historic Pact will have to demonstrate a strong political will to comply with democratic norms and practices, respecting the time required, to provide Colombia with what Chavism has not done in Venezuela. 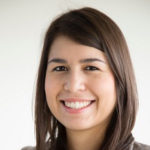 Political scienteist. Postdoctoral researcher at the Latin American Center of the Univ. of Oxford. PhD in Political Science from the University of Oxford. She studies democratization processes in comparative perspective and authoritarianism in Latin America.