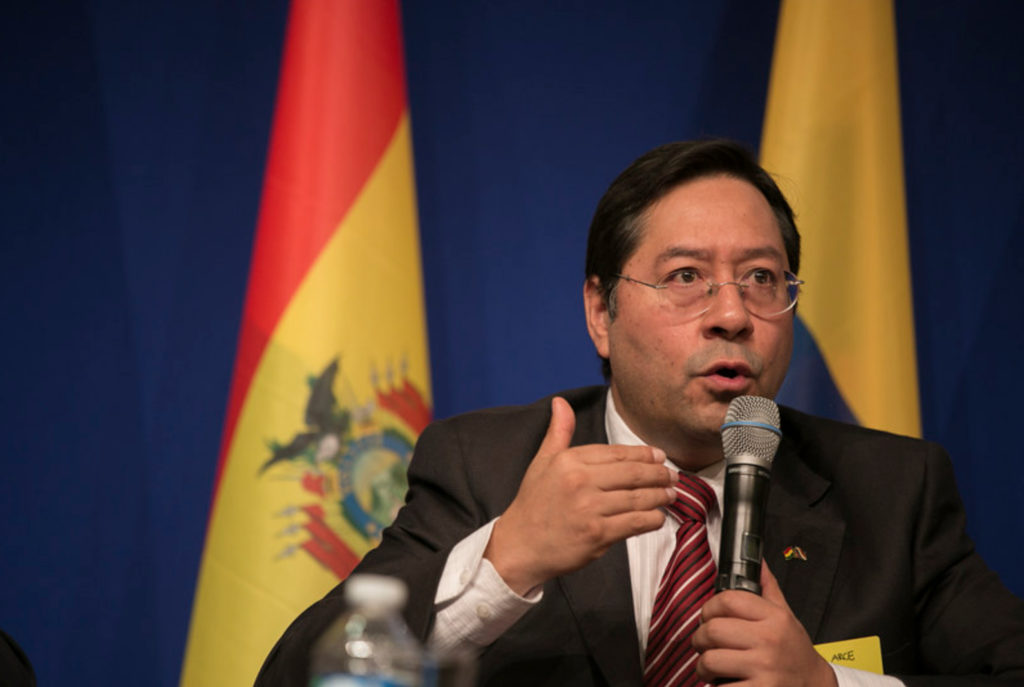 At the beginning of January, the transportation union began an indefinite strike with road blockades to demand the postponement of bank loans for six months. A month later, the public health sector in the department of Santa Cruz declared a 24-hour strike demanding more personnel, better biosecurity measures and a strict quarantine. The conflict spread to private clinics throughout the country in protest against the alleged unconstitutionality of the Health Emergency Law passed by the government. And soybean producers in the department of Santa Cruz blocked highways in rejection of the price band, internal supply quotas and request for free exportation of their product.

The first one hundred days of Luis Arce and his vice David Choquehuanca have been marked by mobilizations of various unions and trade unions. Social discontent with certain government measures, in the midst of the pandemic and a pre-electoral sub-national process, continues to generate serious economic and health consequences. Arce, however, is eager to mark ideological boundaries instead of encouraging scenarios of understanding and political deliberation with different sectors of the country.

Next March 7 there will be municipal and departmental elections to elect mayors and governors. This process will give the green light to a new political configuration at the territorial level in Bolivia. In this context, former president Evo Morales has reappeared as national head of the MAS campaign and with an incisive discursive strategy in the department of Beni, where former interim president Jeanine Áñez is candidate for governor.

In his national tour, Morales has once again supported the construction of the highway over the indigenous territory and Isiboro Sécure National Park (TIPNIS), attacking Áñez, political representative, according to him, of the “right wing that harms” the construction of works for development. In 2011, during his second term, an indigenous march in rejection of this proposal was the first break with the indigenous and environmental protectionist discourse of the MAS.

According to polls of voting intentions, the ruling party’s candidates for mayor in the capital cities of the axis – La Paz, Cochabamba, Santa Cruz and El Alto – have no chance of winning. Therefore, it is likely that the new political configurations at the level of the autonomous territorial entities will constitute an uncomfortable counter-power to the political dominance of Arce and Choquehuanca at the parliamentary level.

The arrival of Luis Arce and David Choquehuanca to the government, after winning the elections with 55% of the vote in November, implied a new political moment for Bolivia. The legitimacy achieved at the ballot box and the recharged hope in the face of the health, social and economic crisis caused by the pandemic restored a certain institutional stability to the country, after almost a year of interim government and political instability.

However, the president’s political style has established ideological boundaries, in the style of former president Evo Morales, by insisting on the thesis that what happened in 2019, based on the alleged irregularities of the Supreme Electoral Tribunal to alter the results, was a coup d’état. This political behavior of the president is reprehensible as it fuels confrontation in times of uncertainty, stress and shortcomings.

These first one hundred days of government have been marked by the distribution of bonds against hunger, the purchase of vaccines and medicines against Covid-19, the approval of taxes to millionaires or the postponement of credits to popular sectors. But also for the permanent accusations to the former government, the political speeches of Evo Morales, the amnesty to MAS followers criminally prosecuted for alleged crimes committed during the conflicts of 2019 and 2020 and the socio-political mobilizations by different unions severely affected by the harsh waves of the coronavirus.

The disconformity of those mobilized with the government’s political decisions are a symptom that public management is failing on different flanks. Although the new government has social legitimacy due to the results at the polls, its political behavior plays with the same political logic established by Morales: to demonize political enemies. A proof of this has been the repayment to the International Monetary Fund (IMF) of a millionaire credit contracted in 2020 by the interim government of Áñez for the fight against the pandemic.

When the national government, confident of majority support, disowns the minority from a moral altar and divides the citizenry into good versus bad, it is undermining any possibility of national prosperity. If it continues in this way, it is likely that in the next few years, when the storm caused by the pandemic passes, the sun will shine for only a part of Bolivians. In other words, the first one hundred days of the MAS government have sown more doubts than certainties.