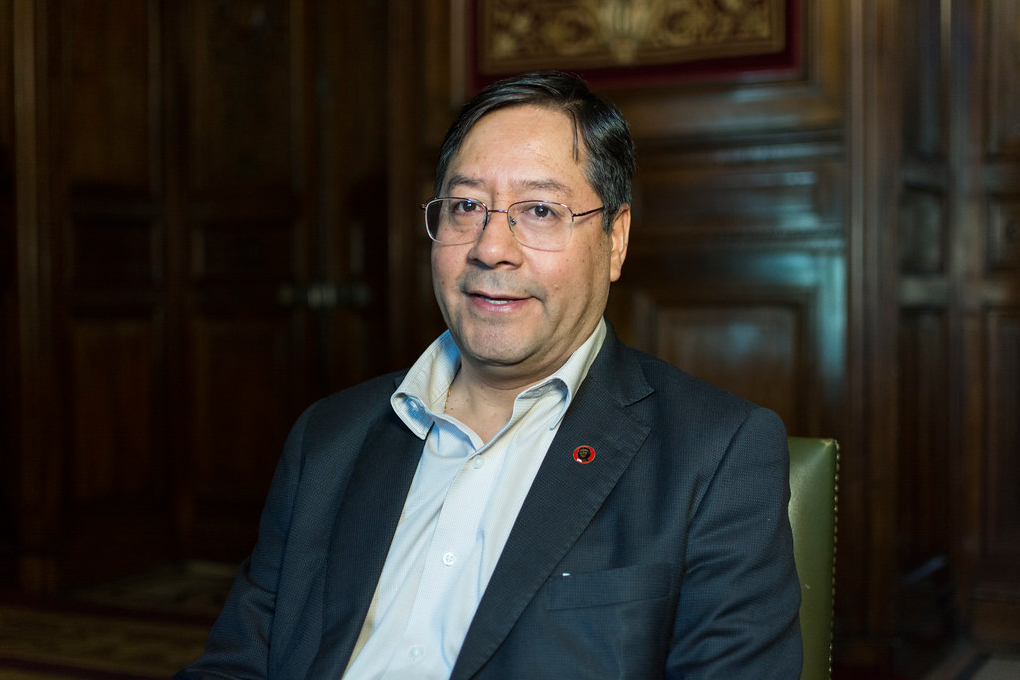 The short summer of the anti-MAS bloc in Bolivia lasted almost a year, as the newly elected president, Luis Arce Catacora (MAS), will have to be sworn in November or December of this year. The possible return of Evo Morales generates joy to some and discomfort to others, but the triumph of his candidate (dolphin) is evidence that his political scent is highly developed. For their part, the defeated candidates, Carlos Mesa and Luis Fernando Camacho, will have to assume the role of the opposition – a fragmented minority – with the burden on their shoulders of having repeated the same political errors of the past: not recognizing that the national-popular logic is predominant in popular sectors and indigenous groups (the majority) that live on the peripheries of the capital cities of La Paz and Santa Cruz.

How do you explain the new political scenario in Bolivia?

Preliminary results have corroborated the idea that in much of the Bolivian social imaginary Luis Arce has the best profile to lead the country’s economy. His condition as ex-finance minister during the time of economic prosperity, when many people came out of extreme poverty and the middle class expanded, has been his best presentation card at a critical moment: when the pandemic left many families unemployed and dragged them back into poverty, even worse, with the poor management in the economic and public health areas and the acts of corruption in the administration of interim president Jeanine Añez.

On the other hand, the campaign of candidate Carlos Mesa was weak and without impact. His political discourse said nothing new; in fact, it was deployed under the discursive parameters of the MAS in relation to the administration of strategic state enterprises. A pragmatic position if we consider that the role of the State in the management of the economy and generation of sources of employment has a high level of acceptance among the citizenry. In summary, Mesa was a candidate for television and video in social networks, not on the street. Social distance (his age a risk factor during the pandemic) was taken very seriously during the campaign, but its cost was quite high.

In the case of Luis Fernando Camacho, his discursive strategy was based on the fact that he was a candidate who represented the renewal of the Bolivian political class, a man devotedl to the religious faith (Catholic and Christian) and the new political leader that the eastern region of Bolivia (mainly the department of Santa Cruz) needed. His background: having confronted Evo Morales in 2019 and then provoked his resignation -when there was supposedly fraud- generated his credentials to run for president. However, it was a failure. The region-youth symbiosis had an effect on only 14.1% of the voters – according to the Jubilee quick count (an institution with high credibility in the development of surveys of voting intentions) – and marked a social polarization with the East versus West divide.

What are the challenges of the new president-elect?

Although for a large part of the population (voters) Luis Arce has the necessary credits to manage the State’s finances in the context of a pandemic that has economically affected the most vulnerable population, he also has the great challenge of strengthening democratic institutions. If the majority in the new Plurinational Assembly (parliament) is represented by his party (MAS) – as is planned – then he will have a free hand to set the agenda for various pending issues and problems. However, if the agenda of issues of the minority is made unfeasible in its entirety, not much progress will have been made. If the officialdom neutralizes the opposition politically and the opposition remains fragmented and disoriented, we will have a new administration characterized by the cacophony of the opposition and the onslaught of the opposition. Nothing new under the stars in Bolivia.

It is necessary to emphasize that, in the international context, the triumph of MAS has been a half-court goal by the Latin American progressive left. Cuban President Miguel Díaz-Canel touted: “Congratulations to MAS, which has recovered at the polls the power that was usurped by the oligarchy, with the complicity of the OAS and imperial guidance.  For his part, the former Ecuadorian president, Rafael Correa, wrote: Jallalla Bolivia! A hug to the brothers Luis Arce and David Choquehuanca. With their leadership, together with Evo and Alvaro, our beloved Bolivia returns to its people, returns also to the Great Homeland”.

a great doubt that remains in the air is the independence-dependence and closeness-leaving between Arce and Morales.

Now then, a great doubt that remains in the air is the independence-dependence and closeness-leaving between Arce and Morales. Will Luis Arce have his own style of governing? Or will Morales be the one to pull the strings of power? Only time will tell. For now, the truth is that he has won an election with his own merits and will have as his running mate the former foreign minister David Choquehuanca – he is considered to be “the last Inca” – who was elected by various indigenous and popular organizations, mainly from the west of the country, to be the vice-presidential candidate. Here another question arises: to what extent are their respective visions and agendas on the state, economy and society of Arce and Choquehuanca coincident?

This will be the fourth time that MAS reaches the national government with broad electoral support and a new pair with different profiles from their predecessors: a president with the image of a technocrat and a vice president with the face of an indigenous person. The return of MAS to the government and of Evo Morales to the country are two political events that transmit, in parallel, anger for some and hope for others. “We are going to govern for all Bolivians, we are going to build a government of national unity,” was one of Arce’s messages as president-elect. Let’s hope that these words are not carried away by the wind and that the new president shows that he will do everything possible to put them into practice, because there is a lot of need.