Recently, the debate about racism in Brazil was resumed in the press with texts published in some main newspapers in the country, such as Folha de S. Paulo. On January 24, Congolese refugee Moïse Kabagambe was murdered, victim of aggression after collecting the late payment for two days of work in a kiosk in Barra da Tijuca, one of the touristic neighborhoods in Rio de Janeiro. Despite this, it is astonishing that there is still doubt about the racist principle in the foundation of the Brazilian nation project.

Racism as a structural element

Since the arrival of the first immigrants, there has been a relationship between migration policy, ethnicity, and racism, as pointed out by Carlos Vainer, Giralda Seyferth, and Jeffrey Lesser, three of the main scholars on the subject. Already in the Empire, a government decision referred to the conception of the German colony of São Leopoldo for the advantages of “employing free and industrious white people, both in the arts and in agriculture”.

The Republic resumes the goal of a policy of settlement in the manner of the first experiences of institution of colonies, and took significant steps in the sense that the opening of Brazil to immigration should be conciliated with a eugenicist policy. It was during this period that decrees, through the Immigrant Location and Introduction Office, were issued with the purpose of regulating which immigrants were desired, that is, white Europeans considered “civilized”.

The relationship between eugenics, whitening policy and immigration during the Republic also becomes a question about how to think and build a project of nationhood for Brazil, and what kind of people will be part of this nation. According to Carlos Vainer, the Brazilian State assigned itself the task of constituting a people and a nationality with the objective of addressing three main issues: “1- the economic need, of trained and disciplined arms; 2- the eugenic need, of increasing doses of white blood; 3- the national need, of building a nationally unified people integrated on homogeneous cultural standards”.

With the objective of homogenizing the Brazilian social fabric, in order to create a cohesive environment of nationality, even if from an imaginary delirium, State actions that had been executed since the 1920s were intensified during the government of Getúlio Vargas. Besides this, the concern about the so-called yellow threat began, in reference to the Asian immigrants.

Between mestizo backwardness and the fantasy of Europeanized progress

During the institution of the nationalization campaign by the Estado Novo (1937-1945), the white European still figured as the desired immigrant. Even so, the social endogamy, that is, the social attitude of rejecting the incorporation of members from outside their own group, especially Germans, was a factor to be combated, according to Giralda Seyferth. Therefore, in some extension, all immigrant communities, even those of European origin, suffered pressure and dealt with the coarsening of assimilationist policies practiced by the Brazilian State.

In this sense, the Brazilian State started to act through decrees and laws in the selection process of the desired immigrants and in the interference with the customs of the colonies or existing communities, as a means to prevent the formation of segregated spaces, and putting into practice a forced assimilation policy.

However, it should be noted that, although the view of the immigrant was marked by tension and racism, the immigrant always enjoyed a better status than the native Brazilian, or the Brazilian mestizo who carries the marks of the undesired ethnicities: the indigenous and, above all, Africans. As pointed out by Carlos Vainer, the immigrant largely surpasses the national from the racial and economic point of view (eugenics and productivity).

The case of Japanese immigration illustrates this tension and alternation in the construction of meanings around an ethnic group, sometimes alternated by deep racism, which came to resemble the African, sometimes by desire and admiration for their qualities as good workers: “the Japanese were seen, simultaneously, as the best workers and the most unassimilable of all foreigners – the most foreign of foreigners,” according to Vainer.

However, for Jeffrey Lesser, the Japanese case would be illustrative of the clash between “racial/national reason and economic reason”. The Japanese in Brazil, as well as in other countries of the hemisphere, were seen as a ‘model minority’.

The late 19th and early 20th centuries were under the influence of eugenic and naturalistic theories of racial improvement, one can read the search for the “whitening” of the Brazilian mestizo population, and the adoption of urban models and new economic parameters.

Both Vainer and Seytferth highlight the permanence of the eugenicist conception in the post 1945 context for the nation project and the construction of meanings around national identity. We can point out, as an attempt at synthesis, that two biases were constant to this project: the economic one, which has as background the desire to transform the country into a developed nation; and, implicated to this desire, the second bias, the notion of ethnicity, with the eugenicist project, of whitening the local ethnic component.

In the concrete historical plan, this social-cultural-ethnic equation was translated by the institution of a modernizing project that, theoretically, would leave behind the marks of a rural structure inadequate to the industrial aspirations of the new national elite. In its genesis, our elite is founded by the “lordly culture”, the maintenance of privilege, luxury consumption used as a distinction of social and class boundaries, and a polarization between regional political interests.

The modernization policies consisted in the end of slavery and opening to receive European immigrants destined to work as wage labor and support the process of mechanization of plantations. Thus, it was intended to promote toward progress: the economic development and the national ethnic “reformulation”.

This movement has been ratified and received new imaginary grafts over time. The current picture of migration in Brazil reveals a change in the panorama of the new flows of foreigners arriving in the country, with an increase in Latin American and African immigration, and also a significant presence of Asians, especially the Chinese.

This new scenario renews the questions about migration in the country and imposes new perspectives. However, it keeps ethnicity as a latent issue, since we currently receive a contingent of people whose visibility and interest need to be constantly negotiated. In this sense, we remember that the struggle for ethnicity is revealing of a racist past in deep harmony with the eugenic Eurocentric discourse and that would make us blind to a multiplicity of active and creative minorities in the local territory, both in the past and in the present. 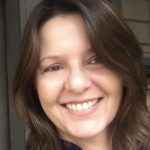