The sanctions that the EU and the US have imposed on Russia in the last week are said to be the toughest in history. But we have similar experiences with very extensive sanctions, albeit against countries of much less importance to the world economy.

Since 2017, Venezuela has been subject to severe sanctions from the United States and the European Union. The hope was that economic pressure on Nicolas Maduro’s authoritarian regime would force democratic elections and changes in governance. That did not happen.

The sanctions against Venezuela began with an arms embargo imposed by the United States in 2006. The reason was that Venezuela did not contribute enough in the fight against terrorism. This led to Venezuela turning to Russia, which soon became Venezuela’s most important arms supplier. Following a rapid erosion of democracy and human rights in 2014, the United States introduced sanctions against individuals close to the government. Then the country was declared a threat to US security.

When Maduro disregarded the democratically elected National Assembly in 2017, the United States banned all financial transactions with the Venezuelan state. The EU also imposed new sanctions.

Following a presidential election marked by cheating, the United States in 2019 introduced a ban on trading with all state agencies, including the state-owned Venezuelan oil company, PDVSA. While England confiscated gold reserves in British banks.

Oil revenues have accounted for around 97 percent of Venezuela’s revenues, and the sanctions contributed to the already declining oil production and gross national product falling like a rock.

Sky-high inflation turned into hyperinflation (over 1000 per cent a year). It had consequences, but not the ones the opposition, the United States and Europe, had hoped for. Here are six lessons.

In Venezuela, we saw, as we now do in Russia, that private banks and companies refused to have anything to do with Venezuelan companies, even though there were no real breaches of sanctions. Such “over-compliance” is a reaction to fear both of being sanctioned and of a negative reputation.

The sanctions thus also affected the opposition’s important supporters in the business community, which were cut off from markets and financing abroad. This created further divisions within an already divided opposition.

The next thing that happened was that Venezuela found new trading partners and new ways to both give and receive payment, as they were excluded from regular payment systems.

Shortly after the financial sanctions were introduced in 2017, Venezuela launched its own cryptocurrency – Petro – developed in collaboration with Russian experts.

The Russian oil company Rosneft was already established in Venezuela. Their presence increased after Rosneft’s top boss Igor Setchin was put on the US sanctions list after the annexation of Crimea in 2014.

Rosneft helped the Venezuelan oil company circumvent the sanctions and get oil shipped and sold.

The ties were also strengthened to sanctioned Iran, Syria and Turkey, assisted with oil sales and agricultural imports.

When China put the brakes on as a creditor, Russia lent Venezuela in total around $17 billion. In other words, the sanctioned countries will come together.

The United States increased the use of sanctions as a tool by 50 percent under Donald Trump. The increase has continued under Joe Biden, even before the recent sanctions against Russia.

The more countries that are sanctioned, the larger the group of countries that can come together to find common solutions that compete with a dollar-based and US-controlled world economy.

3. The sanctions are used as a scapegoat

Inside Venezuela, what the opposition and supporters in the United States and Europe had hoped for did not happen: that strangling the regime for money would lead regime supporters to defeat, and that Maduro would be pressured to leave.

Instead, Maduro tried – with some success – to convince people that the economic problems were due to the sanctions. The sanctions were made a scapegoat, and they overshadowed years of corruption and financial mismanagement.

As the economic crisis turned into a humanitarian crisis, the sanctions became so unpopular that even a very unpopular president like Maduro managed to mobilize around nationalist resentment and loyalty to the fatherland.

At the same time, the regime became more authoritarian and based on the support of a smaller group of military and elites.

As a consequence of both the previous crisis and the sanctions, more and more Venezuelans were forced into the informal economy, some also into the criminal. International organized crime also increased in scope, partly with ties to both the government and Russia.

All this contributed to Maduro having fewer and fewer incentives to relinquish power. He is accused in the United States of drugtrafficking and has an ongoing case against him in the International Criminal Court in The Hague. In other words, he has no bright future as a former president.

The United States also had no clear strategy for sanction relief and what would be required to achieve it. For Maduro’s supporters, there was little reason to believe it would pay off to change sides.

The ban on buying oil from Russia have added a new twist to history, as last week, representatives from the United States went to Venezuela to discuss possible easing of oil sanctions to ensure a somewhat larger supply if there is a stop from Russia.

At the same time, a modest rise in oil-income, the release of the use of the dollar, trade liberalization and privatization have given a small economic boost to Venezuela. With an oil price in the sky, Maduro has stronger negotiation cards than in a long time.

There are many differences between sanctions that try to stop a brutal invasion war, and sanctions that seek regime change. And Russia is not Venezuela.

But the experience from Venezuela gives reason to call for caution with measures that strengthen national cohesion, criminal networks and alternative alliances, and which weaken the forces we want to build a relationship with Russia on.

Neither a sense of justice nor a desire for revenge are good compasses when it comes to sanctions policy. 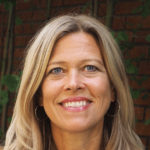 Political scientist. Professor at the Centre for Development and Environment at the Univ. of Oslo. Chair of the board of the Nordic Institute for Latin American Studies of the Unif. of Stockholm. She specializes in elite issues and political economy.