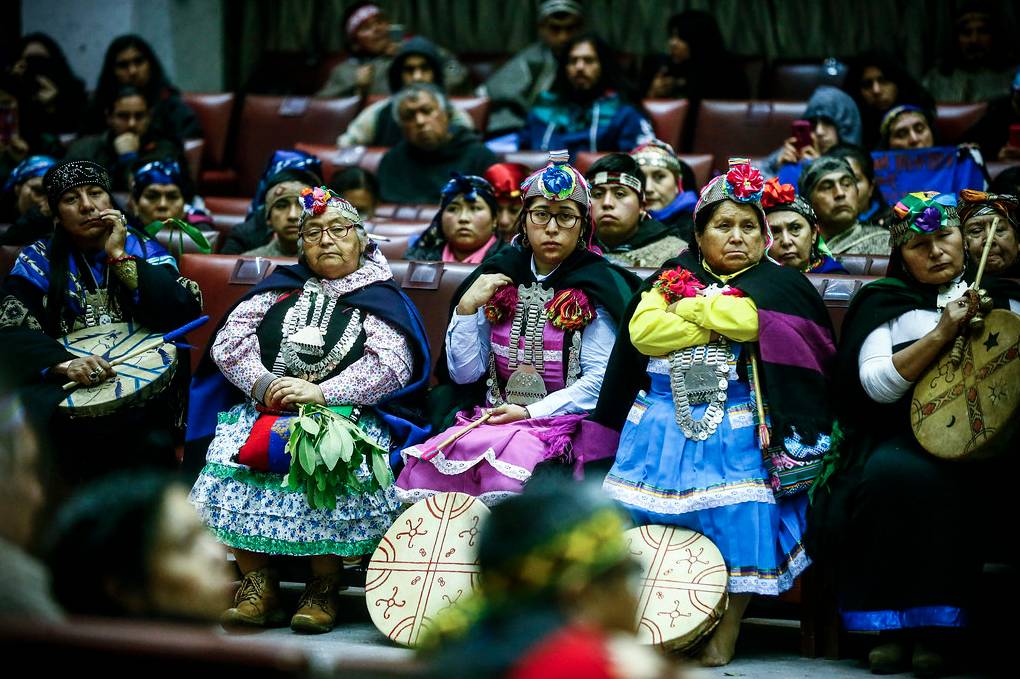 One year ago, this week, the so-called Peace Agreement was signed by almost all political parties in Congress and designed the current constitutional path in which Chile finds itself. It is important to point out that this Agreement was the result of the massive mobilizations that have taken place since October 2019 throughout the country.

The Agreement established that a plebiscite would be held to consult the citizens if they chose to remove the current constitution -the one imposed by the dictatorship- or not. Two options were also to be decided upon, in the event that the alternative of changing the current constitution was successful: through a constitutional convention (entirely elected by popular vote); and a mixed convention (composed half by parliamentarians and half elected by the citizenry). The options triumphed widely: changing Pinochet’s constitution through a constitutional convention. Gender parity has been assured for this, but not for seats reserved for indigenous peoples.

Last week, the discussion about the seats reserved for indigenous peoples in the Constitutional Convention was once again suspended.

Last week, the discussion about the seats reserved for indigenous peoples in the Constitutional Convention was once again suspended. This has caused political problems, since on the same day that the vote on reserved seats was postponed, the new Minister of the Interior, Rodrigo Delgado – the third since the beginning of Sebastián Piñera’s government – travelled with President Sebastián Piñera to the Araucanía region in the south of the country. The official visit sought to use once again the already century-old conflict between the Chilean state and the Mapuche people as a context to demonstrate a strength and control that they have shamefully lost since the revolt last October.

This situation may seem a priori to be normal, or even logical in terms of parliamentary or government procedures. However, it represents the latest expressions of a colonial relationship that the State has established with indigenous peoples. An imaginary established since the territorial consolidation of Chile as a country and in which the presence, much less the influence, of indigenous peoples was never considered, and which, in the end, was phagocytized by the idea of a state for a nation. The nineteenth-century, uninational, unicultural and assimilationist state still persists, without having changed substantially.

It is an asymmetrical relationship of domination with concrete manifestations, a naturalization of territorial, racial, and epistemic hierarchies in terms of the country’s institutionality. This situation has its political expression in the lack of systematic experiences of indigenous participation in the political life of the country. A review of the authorities appointed or elected in the country from 1990 to the present shows that the indigenous presence in important positions is marginal, with few and occasional exceptions.

Therefore, the successive suspensions of the vote on the seats reserved for the indigenous people are not surprising. This attitude not only responds to the economic and electoral accounts of the parliamentarians, but is also an expression of a continuum in terms of the way of relating to the indigenous peoples who are constantly relegated to secondary, symbolic positions with no real impact. This is despite the fact that, according to the last census in 2017, 12.8% of the population identifies itself as a member of some of the original peoples in the country. Even so, they have never been constitutionally recognized.

This turning point in the constitutional debate should be an opportunity, not only for a more than belated recognition of native peoples, but, as various indigenous organizations propose, to debate the recognition of Chile as a plurinational state. One way to contribute to this – not the only one obviously – is to approve and ensure the participation of the ten indigenous peoples in the country through reserved seats.

For the time being, this discussion is jammed. This is despite the fact that on October 30th the Senate’s constitutional commission approved the opposition’s proposal to create 24 reserved seats that would be added to the 155 general conventions approved in the October plebiscite. For the proposal to be approved, 26 votes are necessary, but the opposition only has 24.

It remains to be seen what the outcome will be. It remains to be seen what the outcome will be, if the necessary votes are reached, or if, on the contrary, it will give in to the demands of the governing coalition whose leaders use fallacious arguments, such as the president of the UDI (the right-wing, pro-government party) who states that if quotas are given to the indigenous people, they should also be given to the evangelical church. This colonialist and racist vision undoubtedly ignores the historical debt that the state has with the original peoples due to the dispossession to which they have been subjected. This vision also ignores that they are different nations, subject to collective rights as recognized in international law

There are dissonant voices from other organizations, particularly Mapuche, that do not agree with any of the proposals. They argue that they do not need to be recognized by the state and that they do not participate in the constituent process because they do not understand it as a new mode of assimilation since autonomy is not being considered. These factions affirm that they will continue their struggle in their territories in the south.

it can be argued, as the Mapuche historian Fernando Pairican puts it, that what is at stake is “a deepening of an autonomous indigenous political power of the original nations”.

There are several aspects of the process that can be criticized. Such as the fact that the plebiscite was voted on without having previously established the details of the reserved seats, the lack of participation of some organizations in the debate, or even the electoral calculations that the political parties are making in a strategic way. But, on the other hand, it can be argued, as the Mapuche historian Fernando Pairican puts it, that what is at stake is “a deepening of an autonomous indigenous political power of the original nations”. The presence of indigenous voice and a vote proportional to its population in the Constituent would represent a significant change.

The crossroads opened in October 2019 represent a potential paradigm shift in the way the state relates to indigenous peoples. And while recent and past history is not too encouraging, it could be a turning point. This is despite the gatopardizing shadow of the transition (change to remain) that looms over the constituent process.