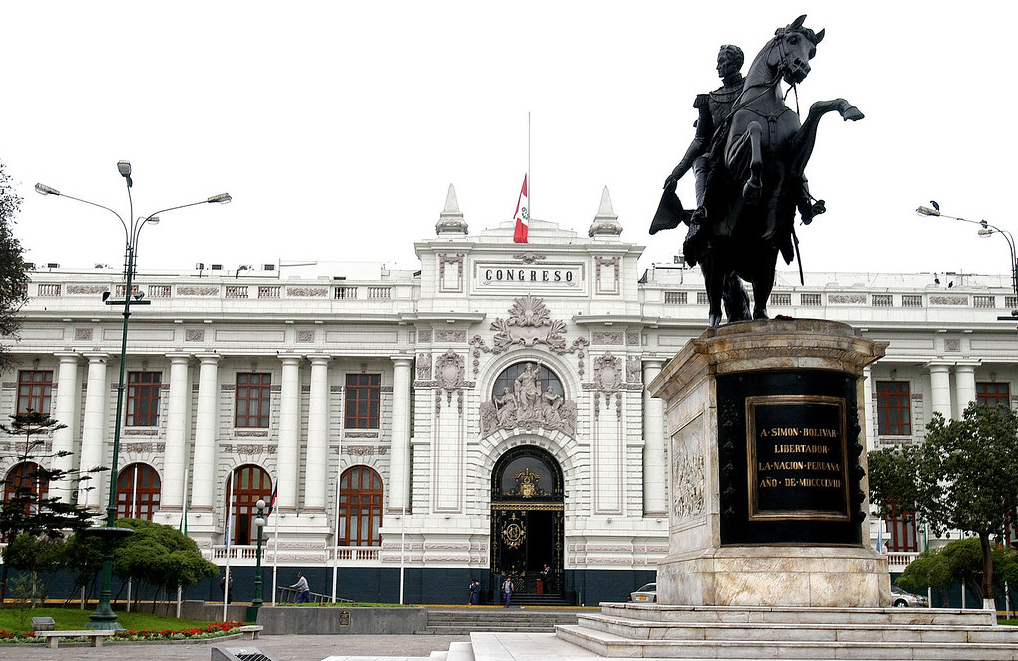 A political constitution is not an end in itself, it is an instrument for a higher goal: To maintain a peaceful cohesion of a society. It can be of an authoritarian nature, concentrating all powers in one person or group, or democratic nature when the will of all governs through power delegation toward elected representatives. Both types of systems are effective insofar as they aim to link the behavior of the majority to compliance with the law (legality), and violence is enforced upon those few who subvert an order due to selfish reasons and in violation of the rights of third parties, which are established by law (rule of law).

The current Peruvian political constitution no longer fulfills this purpose. This legal instrument does not achieve the social cohesion necessary to preserve peace and compliance with the law. Although this constitution was created in an authoritarian context and validated in a non-consensual manner, it achieved, at the time, the necessary legitimacy to create a social order that was prolonged after the fall of the political regime that had established it: Fujimorism. Such term explains the electoral support that this movement has maintained in the last two decades.

The conceptual basis of the current constitutional order is that social harmony resides within the rules of a free market economy. Therefore, the state has a diminished role of control and legitimization. Even failures in this market economy, which periodically destabilizes social peace, are being fixed by the state with the public budget and law enforcement. The viability of this constitutional order, on an empirical basis, has been economic growth, which rode along the positive cycle in the global economic expansion that began to decline in 2018, and has come to an end in 2020, with the global health debacle brought about by the COVID-19 pandemic.

the high level of conflict and the political instability that Peru is currently experiencing, requires a new constitution.

Against this backdrop, the anomie, the high level of conflict and the political instability that Peru is currently experiencing, requires a new constitution. A constitution that meets the following requirements: To be written under conditions of legitimacy (under an elected Constituent Assembly) and approved with an overwhelming majority (two-thirds). I should include individual and collective rights that allow a dignified and peaceful life for the new conditions of the 21st century. That it establishes the institutions for a well-balanced and coordinated functioning of the state’s powers to allow the necessary governability and sufficient political stability.

Other conditions that need to be achieved to overcome the current political instability are opening the doors to political participation to allow new leaderships that emerge from a true social representation—this implies a political reform that revamps political parties and changes the electoral system. Likewise, public goods and general welfare should be the axis of official decisions at all levels of government and the main topic of discussion in binding deliberative spaces (congresses and town halls). Finally, the new reached contract should allow people to recover the tranquility and social cohesion, now lost.

A democratic constitution is not only an electoral form, it is content that includes majorities and minorities. We are all a minority in some form, starting from our own individuality, but we are simultaneously majorities in some other sense: language, belief, sex, occupation, ideology, ethnicity. The dynamics of a complex society require an institutional arrangement expressed in rules that allow the unity of this diversity, and the viability of decisions that express majority interests, while respecting minority rights.

The current constitution has internal blockages and contradictions that nestle conflicts and insurmountable disagreements, which break all social coexistence and, thus, national unity.

The new constitution must also reflect an internal coherence that allows it to comply with each of its articles without undermining or vetoing others. The current constitution has internal blockages and contradictions that nestle conflicts and insurmountable disagreements, which break all social coexistence and, thus, national unity.

Liberalism and socialism promised utopias with happy endings if the prescribed dogmas were fulfilled: the sacredness of the market or the empire of the state, respectively. The socialist utopia failed last century with the fall of the Wall and the Soviet Union’s collapse. What we have today in Peru is a neoliberal dystopia of violence, disease and mutual indifference, with islets of arrogance and unlimited wealth.

A regime that is wrecking due to the pandemic, which has been caused by uncontrolled productivism, since the ecological balance of the planet is already on edge. In this context, neoliberalism evaluates sacrificing democratic formality for the sake of its own survival. Examples of democratic setbacks in the world (Hungary, Poland, the Russian Federation) demonstrate the real danger of this daring.

A republican constitution must put in just measure the market and the state, that is, as tools society’s service. They are not poles opposed to each other. They are complements for the sake of a peaceful and supportive coexistence. It is about promoting a market that stimulates productivity, growth and material well-being and yet, regulated in its inevitable deficiencies by a democratic state, whose role is oriented toward avoiding all forms of domination between individuals, while guaranteeing their own individual freedom.

Two hundred years of history should inspire the creation of a new social pact. The current constitution is no longer in force and it doesn’t guarantee the citizens’ rights, not even respect for and compliance with its own laws.

*Translation from Spanish to English by Ricardo Aceves

Professor and researcher at the Universidad Autónoma del Estado de México. President of the Mexican Association of Political Science (AMECIP) and Coordinator of the Network of Studies on Quality of Democracy in Latin America. PhD from FLACSO-Mexico.