In recent years, Latin America has witnessed important advances in gender equality policies and the recognition of sexual diversity, as evidenced by the approval of legislation against femicide, the decriminalization of abortion and the recognition of equal marriage. The presence of a powerful feminist and LGBTQ+ movement, which has been very vocal in the streets of Argentina, Chile, Colombia, Mexico and Peru, has transformed the political agenda and contributed to accelerating cultural change in the region as a whole. Having said that, every action generates its reaction. In the face of initiatives such as the #NiUnaMenos (#NotOneMore), or the popularization of green scarves, other collectives and counter-movements have emerged with the characteristic of being in radical opposition to the feminist movement.

This has been seen in Brazil in 2017, when renowned Jewish-American post-structuralist philosopher Judith Butler was received at the Sesc Pompéia cultural center in São Paulo to the cry of “let’s burn that witch!”. Butler’s companion, Wendy Brown, was also assaulted by groups of demonstrators, while Christian fundamentalist organizations collected 370,000 signatures in protest to her visit. We’ve also witnessed it in Peru, where the #ConMisHijosNoTeMetas campaign in Lima (#Donotmesswithmychildren) is aimed to oppose the incorporation of the gender perspective in the national curriculum. In Colombia,  the alleged “gender ideology” ended up encouraging a referendum debate on the peace-accords negotiations. And in Argentina, with the emergence of the light-blue handkerchiefs, which are in opposition to the movement against the criminalization of abortion.

Therefore, if we’d like to know how feminism is changing Latin American politics and society, we must also analyze how its counterpart—antifeminist movements—is doing so in a global political conjuncture marked by the rise of radical right-wing populisms such as Donald Trump or Jair Bolsonaro.

Right-wing populism is not merely a “conservative” movement, but rather a reactive and reactionary one, since it arises out of opposition to the demands of social movements, and its aim is to mobilize society and bring about social change in the opposite direction to that advocated by progressive organizations. In fact, the elective affinities between antifeminism and right-wing populisms are not casual. This is evidenced by the use of antifeminism as part of the electoral rhetoric of fujimorismo, uribismo and bolsonarismo.

In Latin America, antifeminism arises from the alliance between Catholic neoconservatism, supported by its Hispanic counterpart, and the evangelical fundamentalist organizations that have received the support of the new American Christian alt-right. It is a mistake to think that antifeminism is only a continuation of the macho and misogynist stereotypes in the region, although it certainly takes advantage of them. It is a new movement with mixed characteristics, involving both men and women, and globally connected.

One of antifeminism’s main workhorses in Latin America has been the opposition to the so-called “gender ideology”. This concept was coined by Vatican orthodoxy to oppose the recognition of sexual and reproductive rights, especially after the International Conference on Population and Development in Cairo (1994), following the conservative turn imposed by the papacy of John Paul II.

However, it was not until the 2007-2008 biennium that the concept moved from the pages of the encyclicals to the streets. Starting with the protests organized by the Catholic right against sex education and equal marriage in Croatia and Austria, followed by the 2012 mobilizations in France and 2013 in Italy against the approval of equal marriage and adoption by same-sex couples.

In Latin America, the term “gender ideology” was imported from Europe through the networks of Christian fundamentalist organizations, especially through the CitizenGo platform that emerged in Spain in 2013 and which is currently close to the country’s right-wing populist party Vox. In fact, it has been the Latin American chapter of this organization that has promoted the #ConMisHijosNoTeMetas campaign and has extended it to different Latin American countries.

It would be wrong to think that antifeminism is reduced to just the defense of traditional religious values in the face of the expansion of civil, sexual and reproductive rights. Antifeminism has become one of the hallmarks of the new Latin American populist right-wingers, as witnessed in the recent elections in Chile.

Similar to what had occurred in the United States, the use of antifeminist rhetoric by right-wing populist formations has served to divert the debate about the extreme inequality affecting the region. For these formations, the problem in Latin America is not the economic elites that squander natural resources. It is the existence of a supposed “cultural elite” that would encompass the feminist movement, the LGBTQ+ movement and, in some cases, the environmental movement that would aim to impose a globalist agenda contrary to popular interests.

Thus, through the accentuation of anti-rationalist and anti-intellectualist discourses, as well as through the dissemination of post-truths—for example, the alleged homosexualization of childhood—radical right-wing formations have found their way around to stoke the moral fears of certain popular sectors in which traditional values are still entrenched.

Opposing feminism to antifeminism means reinforcing the framework of a cultural battle proposed by right-wing populism, in the same line as opposing identity politics to redistribution policies can only serve to fracture the progressive camp. In this sense, the construction of a response to the challenges presented by the association between anti-feminism and the populist right must depend on deepening the alliance between feminism and the fight against inequality, as has been advocated by a large part of the indigenous and Afro-descendant feminist movement

Feminism must also be perceived as a propel for material change and for improving the welfare conditions of the entire population of Latin America. 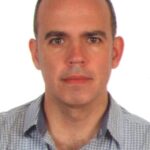 Professor of Sociology and PhD in Social Psychology at the University of Barcelona. Member of the Copolis research group and the Interdisciplinary Seminar on Feminist Research Methodology.