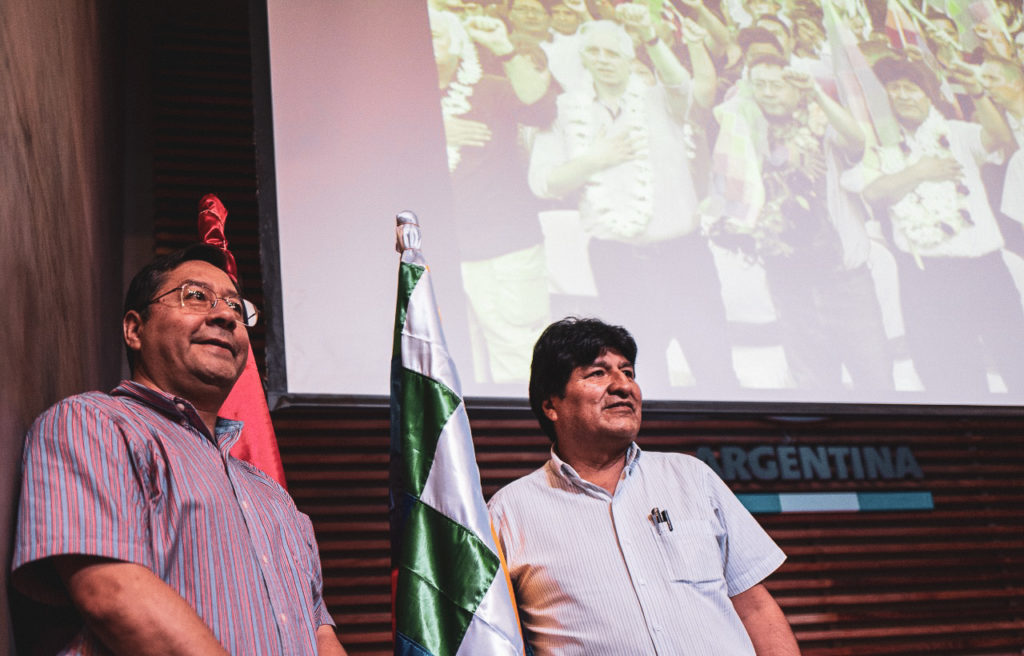 The political instrumentalization of the judiciary has been a recurrent practice of all governments in Bolivia. The country is trapped in a vicious circle: A permanent abuse of the State against the individual. Currently, with the government of President Luis Arce Catacora, no one is safe and many don’t trust his promise of “a new time”. The Vice President, David Choquehuanca, in his inaugural speech said: “We must overcome division, hatred, racism, discrimination among fellow countrymen, no more persecution of freedom of speech, no more judicialization of politics”. However, after four months in power, the government’s actions have only contradicted its discourse.

Based on the assumption of a coup against Evo Morales in November 2019, the government of Arce and Choquehuanca has constructed a narrative to justify its actions. With accusations of “sedition, conspiracy and terrorism”, former president Jeanine Áñez was arrested on March 13, with a large deployment of the national police under the orders of its commanding general, as if she was a dangerous criminal. The government’s purpose was to show the public opinion a sort of war trophy and that, once again, they have the monopoly of legitimate violence to attack political opponents.

A tweet from Evo Morales also illustrates the predominant political thinking in his Movement for Socialism (MAS) party: “For justice and truth for the 36 fatal victims, the more than 800 wounded and more than 1,500 illegally detained in the coup d’état. That the perpetrators and accomplices of the dictatorship that plundered the economy and attacked life and democracy in Bolivia be investigated and punished”.

Why then, is the apprehension of former president Áñez based on an assumption?

November 2019 cannot be understood without February 2016

From February 21, 2016—when the majority of voters rejected the fourth re-election of Evo Morales to the executive post in a referendum—until November 10, 2019, when Morales resigned from the presidency, a series of socio-political events took place that contributed to the accumulation of social unrest against corruption and authoritarianism of the third consecutive MAS administration.

The irregularities committed by the Supreme Electoral Tribunal (TSE) before, during and after the October 2019 elections were denounced by the OAS electoral observation mission and created the spark that ignited the collective anger. In other words, it was a people’s rebellion that emerged in the Santa Cruz department and spread throughout the country. ALl against the authoritarian power and the manipulation of the electoral process.

In response to the protests, Evo Morales had to resign from his post, which was followed by a chain of resignations of MAS senators and deputies. This generated a power vacuum for 48 hours, resulting in Jeanine Áñez being called to assume the presidency in her capacity as opposition senator and second vice-president,  through the application of the principle of administrative continuity.

The fact that Morales resigned the presidency at the military’s suggestion is the basis for the idea of a coup d’état. However, this discourse denies visibility to the abovementioned people’s rebellion and what happened after the constitutional transition, where the military remained in their barracks, the Parliament continued to perform its functions and new elections were called. Given this succession of events, Luis Arce himself, in May 2020, considered Áñez as “constitutional transitory president” when he was a presidential candidate.

According to Luis Yañez, a Bolivian expert in human rights, there are four concrete pieces of evidence that the new government had a constitutional origin and not a de facto one. First, the Plurinational Legislative Assembly—mostly of the MAS—unanimously approved Law No. 1266, which annulled the results of the fraud and called for new elections. Second, the Constitutional Declaration (001/2020) extended the mandate of the president and the Assembly members. Thirdly, Law No. 1270 also provided for the aforementioned extension and finally, the MAS bench accepted Morales’ resignation the following day.

An eye for an eye

The political maelstrom caused by the apprehensions, ideologically justified in the false thesis of the coup d’état and the “passion for justice”, has trapped Bolivia in a vicious circle under the logic of an eye for an eye. This has exacerbated social polarization and paved the way for a muddy terrain that makes public management more difficult in times of the pandemic.

In the interim government of Jeanine Añez there were also persecutions and apprehensions. And the authoritarian line of the former Minister of Government, Arturo Murillo, collaborated to democracy’s degradation during 2020. But there is no doubt that the current MAS government is repeating the script in a reloaded form. Confident with its electoral majority (it was elected with 55% of the votes), it considers that it has the green light to commit human-rights abuses and despise the minority in opposition. Is this democracy?

When political actions are determined by ideological presuppositions and vindictive moods, there isn’t room for agreement and respect. The vicious circle of an eye for an eye traps the rulers, and their speeches—based on unfounded hypotheses—to become justifications for abusive practices against their political adversaries.

The arrest of former president Jeanine Áñez has once again stirred up the political system in times of pandemic. It has also reactivated the discursive polarization that may hinder inter-institutional coordination between the national government and the recently-elected autonomous territorial governments and where MAS lacks muscle. This could complicate the public administration to start overcoming the socio-economic crisis caused by the pandemic in Bolivia.