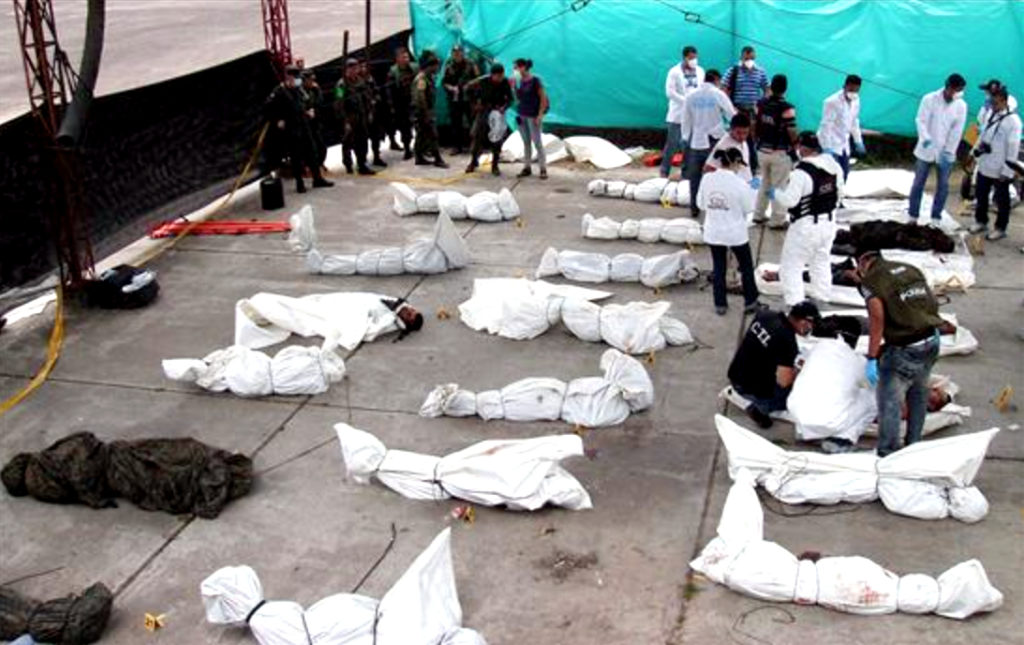 It has just been four years since the Peace Agreement was signed between the FARC-EP guerrillas and the Colombian government. An agreement that was signed, not without difficulties, after four years of dialogue in Havana, one day before the death of Fidel Castro, and as a corollary of a long 20th century, farewelling Eric Hobsbawm. The Colombian conflict, besides being the longest lasting one in Latin America, is also the last remnant of the guerrilla experience that, since the 1950s, took place in the continent.

The signing of a Peace Accord does not imply a reduction in the levels of violence per se.

The signing of a Peace Accord does not imply a reduction in the levels of violence per se. Central America or the coffee producing country itself invite us, with its violent realities, to reflect on this. Nor does an Agreement necessarily imply, as the renowned political scientist Pippa Norris shows us, a positive advance in the quality of democracy. Likewise, in general, in the years following an armed confrontation, the well-known peace dividend does not end up arriving, by which, the expenses associated with a conflict, when it disappears, allows the reinvestment of public spending in other areas and needs of society.

To the contrary, the dynamics of spending on security and defense remain stable – as is the case in Colombia – and the processes of reincorporation into civilian life are never full, and far from lacking in dissidence or new mobilizations toward violence. In this regard, recent experiences tell us how natural it is for new criminal structures to form, at least, between 8% and 14%, of the total number of old members of an armed structure.

A Peace Agreement is only the beginning of a process of structural, territorial and institutional transformations of a once violent scenario, and is almost always as imperfect as it is complex. In the case of Colombia there are no exceptions, and it is necessary to start from these premises, even though the Agreement signed with the FARC-EP may well be the most ambitious and complete in recent decades. However, with the one and only extraordinary exception that it is the Government, unlike any other comparative experience, the main saboteur and the one most responsible for the breaches so far noted.

Furthermore, since the signing of the Accord, not only have more than 700 social leaders and 250 former guerrillas of the FARC-EP been murdered, but the old geography of violence, mostly peripheral, has intensified, as a result of an increase in the territorial dispute of the criminal actors. Among others, the National Liberation Army, the poorly named dissidents of the FARC-EP – since they are mostly made up of new recluses – or the criminal groups of Los Pelusos or the Gulf Clan, are the protagonists of a dispute for hegemony in which there are dozens of armed structures and a total of more than 7,000 members in dispute.

The disarmament of the FARC-EP, the lack of occupation of the territory by the military forces – in a country traditionally with more territory than sovereignty – and an enormous disposition of illicit resources – such as the more than 150,000 coca-cultivated hectares  – have fed a variable geometry of violence. This in a space where alliances and confrontations between all these criminal actors have been subsumed into a changing and opportunistic logic, in continuous transformation.

In the first place, it is possible to identify around 30 armed groups that consider themselves to be the continuation, in one way or another, of the extinct FARC-EP. Although this guerrilla group had a presence that exceeded 240 municipalities at the end of 2012, the current continuity of the violence is present, according to the Fundación Ideas para la Paz, in at least half of these municipalities.

Some historical fronts, such as Front 1 or Front 7, from the first steps of the implementation of the Accord, disassociated themselves from the process and raised the continuity of the extinct guerrilla, dissatisfied with the scenario of exchanges and concessions that had been signed with the government. This is how the groups commanded by “Gentil Duarte” or “Iván Mordisco” stand out.

Against these, the names of the two main commanders of the FARC-EP at the head of the peace dialogue in Havana, “Iván Márquez” and “Jesús Santrich”, make up the criminal structure “Segunda Marquetalia”. This structure was established as a continuation of the FARC-EP, once they abandoned the process of reincorporation into civilian life, in August 2019.

Initially, the leaders assumed that the natural step of armed reorganization should lead to a process of convergence, at least, with the structures of “Gentil Duarte” or “Iván Mordisco”, closer to the guerrilla essence. Nothing could be further from a reality characterized by confrontation in the control of territory and resources, especially in eastern Colombia. All of these groups are present there, as well as others no less important, with greater roots in the northeast (Arauca and Norte de Santander), as is the case with Los Pelusos and, principally, with the ELN with nearly 4,000 troops.

On the other hand, the Caribbean region is dominated by post-paramilitary groups, among which the Gulf Clan, with 1,800 members, stands out, and to which must be added the distribution and confrontation with ELN structures and other FARC-EP dissidents with special roots on the Pacific coast – Chocó, Cauca, Valle del Cauca and Nariño – or in the southern departments of the country, such as Caquetá or Putumayo.

There, the armed structures that are the heirs or continuators of the FARC-EP act with a more flexible and clientelist character, subject to the correlation of forces and the particularities of the local environment. Although the structures of “Duarte” and “Mordisco” tried to coordinate a good part of the criminal groups in the Pacific region, they were not successful in their attempt. On the contrary, the result has been a war of all against all, partly motivated by the autonomous nature of some of the most powerful structures, such as the redefined “Óliver Sinisterra” front.

a much more fractured, complex and changing conflict than the one that existed when the FARC-EP operated.

The result of all of the above, therefore, is a much more fractured, complex and changing conflict than the one that existed when the FARC-EP operated. With the objective of local hegemony, three enclaves have emerged that are particularly violent today. First, southern Cauca, where the ELN and the “Carlos Patiño” Front are in dispute; then, southern Putumayo, where a “Duarte” structure faces the Mafia Sinaloa group; and finally, Nariño, where there are more than ten armed actors fighting each other. In all three, the common factor is also the absence of the State. And this is because other complexes such as Catatumbo -in Norte de Santander- or Chocó are not taken into consideration.

In conclusion, we find ourselves faced with multiple wars at the local level that are leading and blurring a violence that is increasingly difficult to characterize, although with an unaltered explanatory pattern, which has proved unresolved over the years. All of this violence continues to take place in forgotten, peripheral and coca-growing Colombia, where the Peace Accord and any hint of implementation remain today a mere chimera.