March 8, International Women’s Day, is a milestone that allows us to place at the center of public debate the progress achieved by women and the feminist movement, but above all the challenges that remain to guarantee women’s human rights and gender equality. In this context, the pandemic has deepened the existing gender gaps in Latin America and the Caribbean. We begin 2022 facing serious inequalities.

The pandemic has reduced the participation of women in the region in the labor market. In 2021, according to ILO data, more than 13 million women saw their jobs disappear because of the pandemic in Latin America and the Caribbean. The sharp exit of women from the labor force represents an 18-year setback in the progress made by women according to ECLAC data for 2021.

Poverty and extreme poverty are at levels of more than two decades ago. According to ECLAC data from 2021, at the close of 2020, around 118 million Latin American women were in poverty, 23 million more than in 2019. That year, the regional average of women with no income of their own reached 28%, while for men it was 10.4%. This means that almost a third of women in the region depend on others for their subsistence, making them economically vulnerable and dependent on income earners, who are generally men.

Among the poorest households, single-mother households are overrepresented and tend to be women who were teenage mothers, with limited access to education and training and generally with precarious and informal jobs. Meanwhile, rural women live in situations of extreme job insecurity and isolation. According to the ILO, in 2019, 85.7% of workers employed in the agricultural sector were informal, while in the non-agricultural sector the informality rate was 65.8%. In the case of women, the proportion of informality is higher than that of men, highlighting that in the agricultural sector the rate has reached 91.6%.

Women continue to face hours of care work in the home under very difficult conditions. In the region, women still spend more than three times as much time on unpaid domestic and care work as men. These differences are even greater for lower-income women, who spend an average of 46 hours per week on unpaid work.

Different forms of violence against women and girls have also intensified, especially in the home. Sexual harassment and other forms of violence against women continue to occur in the street, in public spaces and on social networks. According to ECLAC, an average of at least 12 women die every day in the region simply because they are women, and on average one in three has suffered physical and/or sexual violence in an intimate relationship in her lifetime.

Therefore, the best predictor of a country’s level of fragility is not its wealth, the type of government or the religion practiced by the majority of its inhabitants, but its gender equality indexes.

In this framework, successful recovery also implies ensuring women’s participation in all stages of the response. Not only because of a commitment to fair representation, but because of the compelling evidence that when women participate in decision-making spaces the benefits to the population as a whole are manifold.

Recovery must also take into account the close links between gender, security, and climate change. The consequences of climate change can generate drivers of insecurity for women, including increased exposure to gender-based violence, increased food insecurity, as well as barriers to accessing resources, and increased risk of forced displacement. This is why it is necessary for mitigation and adaptation measures to incorporate climate change with the full participation of women and a gender and peace-building perspective.

To rebuild our societies, it is essential to advance the economic, physical, and political autonomy of women, strengthening their role in the economy, development, and social transformation, strengthening the leading role of women’s organizations in communities, and in the design, implementation, and evaluation of public policies.

The 2030 Agenda and the Sustainable Development Goals are the roadmaps to which governments and the entire international community have committed. At the global level, one of the most urgent challenges we face continues to be climate change and disaster risk reduction, which obliges us to seek solutions taking into account the transformative power of women in all their diversity.

Therefore, it is necessary that more and more women, feminist and women’s organizations in Latin America and the Caribbean participate systematically in public policies of production, sustainable development, and addressed to climate change. 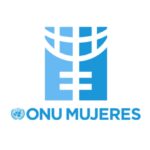