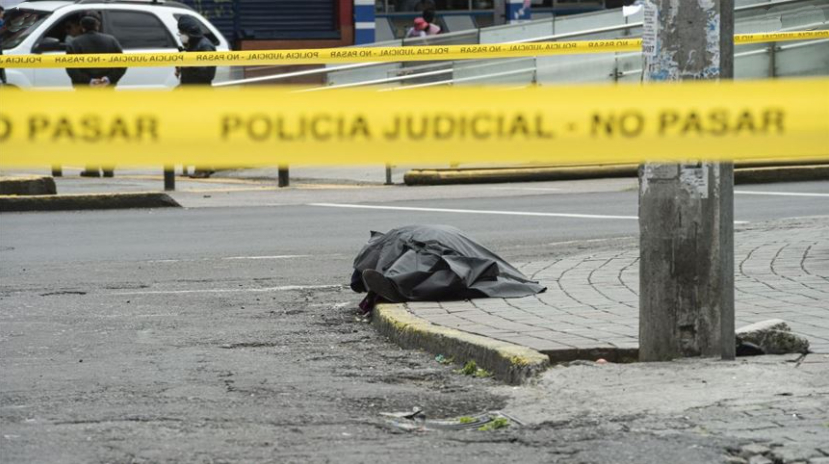 Ecuador has positioned itself among the countries with a bleak picture in the fight against Covid-19. As of the beginning of March 2021, the country recorded 299,216 confirmed cases and 11,403 deaths according to figures from the Ministry of Public Health of Ecuador, an institution that during the entire health emergency did not reflect any credibility in its numbers in contrast with stark realities such as an overwhelmed health system with dire consequences in almost the entire national territory.

Going back to the beginning of the pandemic – exactly one year ago – the dramatic scenes of corpses piled up in hospital wards, in refrigerated containers, inside homes and on the sidewalks of the city of Guayaquil were the most visible part of the devastating effects of the pandemic in Ecuador in the eyes of the whole world. However, the new coronavirus puts on the table a series of precedents on which to reflect: the historical role of the State, the political configuration and the inequality and poverty that have systematically persisted in this country.

The province of Guayas and its capital, the city of Guayaquil, one of the most important and densely populated cities in the country because it is an economic bastion due to its port, was home to almost 68% of the total number of confirmed cases in the country during the first months of the Covid-19 health crisis. This was not only due to the delay in the implementation of preventive measures after the first recorded case, but also due to the social composition of the province of Guayas, from which political and economic dynamics are disaggregated and which we will proceed to explain in relation to the crisis of the State and democracy, as applied to the Ecuadorian case.

Following Norbert Lechner in his work “Politics is not what it used to be”, the prevailing market dynamics in our Latin American societies results in an imperious need for economic efficiency on the part of the States, avoiding “social integration” to the second – or last – level, that is, leaving the numerous social needs and inequalities on the margin of public policy, at the expense of economic performance. Of course, political will and the interests at stake at each critical juncture also play a role.

The aforementioned could have its materialization in Guayaquil as well as in all of Ecuador. Given the economically privileged condition of the province of Guayas, as one of the main ports of the Pacific, over the decades wealth has been generated for traders and exporters, but at the same time it has germinated its correlate in peripheral communities living in extreme poverty. Economic inequality has translated into a crisis of political representation, which has operated to the benefit of a few influential groups (elites).

Here, public health services – as well as education and housing – have historically been approached in dissonance with the realities, causing in the long term a precariousness of these services and their subsequent overflow in the face of the Covid -19 pandemic.

On the other hand, before the health crisis, the social conditions of Guayaquil are presented as a reflection of a political crisis channeled by financial inequity, which if not corrected in these contexts could lead to a deepening of the social crisis and, in the long term, a state crisis.

As a historical coda, Guayaquil has tried to become independent from Ecuador due to its status as a port, political influence and the economic benefits that all this implies. This story, surprising as it may be, still prevails under the idea of “independent Guayaquil”, often used as a slogan in political and festive rallies in the city.

On the other hand, it must be remembered that the former mayor of this city, who remained in office for 18 years, was a consecrated opponent of former President Rafael Correa, which led to a model of city management that evidenced a center/periphery confrontation, local leaderships against the national project of former President Correa. The consequence: a disarticulation of the regional with the state.

Now, this city model with the political configuration we have explained, together with the harmful consequences of Covid-19, could affect the State’s entity due to the low operability of the State in the Buenos Aires territory and in other cities equally affected by the pandemic.

If we take into account Guillermo O`Donnell`s definition of the State as an entity that proclaims its authority over the population of a territory, in Guayaquil this authority over the population is threatened by local political leaders who are now managing the emergency and are questioning the characteristics or functions of the State: efficiency of the bureaucracy and effectiveness of the legal system.

The crisis of the State could also be explained by the hollowing out of democracy, where State institutions lose relevance for the daily life of the majority of the people who, as we have exposed, suffer inequality and lack of State services or institutions, clinging to the local authority as the only instance of control, which can give rise to populist political dynamics. A clear example of this is the “initiative” of several mayors to acquire vaccines on their own, and with this, provide an effective and quick “solution” in their cities, above the national management.

In closing, I would like to point out some challenges in the face of Covid-19 and its effects: Guillermo O`Donnell stated that “citizens have a public and unrenounceable right to the State”, and this unfortunately has not materialized in his maxim for the case of Ecuador. The list is long, from the lack of employment, the precarious housing conditions of the poorest sectors, lack of sewage and basic services, little or no presence of the authority in the face of social problems such as micro-trafficking and smuggling, and added to that, the obvious inefficiency of the health sector, make the State now faces great challenges in guaranteeing the rights of Ecuadorians.

The Ecuadorian state must have a presence in the areas most affected by Covid-19, even over local authorities and personalistic leaderships, and also become “not only a promoter of economic development and social equity, but also a promoter and guarantor of the various aspects of citizenship – political, civil, social and cultural”, in order to combat the crisis that is looming as a result of the errors and dynamics exposed here.

The so-called “citizen democracy” as a necessary condition for development also plays a preponderant role in the midst of this crisis. What can we expect from a citizenship that is economically and politically ignored? There are several answers, but only under this citizen democracy will it be possible to build a better society, more dignified and in coexistence with its peers, adopting “the capacity of creation and agency of society itself, where culture and its actors constitute the best energy to advance in a society of dignified well-being”. 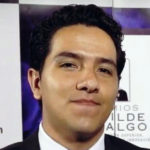 Political scientist. PhD student in Political Science at USAL (Argentina). Master in Comparative Politics from FLACSO-Ecuador and in Human Rights and Democratization for Latin America from UNSAM (Argentina).