The Paraná River Basin, the second largest in Brazil and the main hydroelectric power generation basin, has more than 60 hydroelectric dams that hold 40% of the country’s electricity production capacity and account for half of the water storage capacity. But the operation of the reservoirs, necessary to control the generation of hydroelectric energy, affects the reproduction, feeding, and refuge systems of different aquatic species. This loss of diversity has been harming not only the fishermen, who see how their livelihoods are reduced but also the basin as a whole since the impact on biodiversity affects the aquatic ecosystem of the Paraná River.

The Paraná Basin presents a certain vulnerability to guaranteeing water, energy, and food security, something that has been evidenced by the drought that has plagued the basin recently. As our demand for water, energy, and food increases, water becomes scarcer, and meeting society’s needs without compromising the quality of the environment for future generations becomes more difficult.

Meeting and overcoming this challenge depends not only on the more efficient use of water but above all on how we share this resource with the various existing demands, including the environment itself. Water in rivers, lakes, and reservoirs is also necessary to keep alive ecosystems that provide valuable resources for society: from food, such as fish, to recreational activities and even the cleaning of the water itself, carried out by the organisms that live in it.

On the other hand, for communities living near rivers, the importance of these resources goes much further, as the river is a source of livelihood and cultural identity that is passed down from generation to generation.

However, much of our development process uses natural resources with still limited knowledge of how the ecosystems could be affected. In several regions of Latin America and the world, this process has been accumulating impacts that already compromise the environment. Water is polluted, fish stocks are declining, and the ability of the environment as a whole to sustain life is at risk.

In this context, the fishing communities of the Paraná River Basin have been reporting for years the reduction in the quantity of fish and its impact on the livelihoods of the families that make their living from this activity. Fishermen report that it is often necessary to look for fish in more distant areas to supplement their income, which also ends up increasing fuel costs and physical exhaustion of the fishers.

Conditions such as the aforementioned cause many families to abandon fishing and seek livelihoods in other activities. From nearly 1,200 members reported by the fishermen’s association in the Paraná town of Puerto Rico in 2010, that number has dropped to just 384 members in 2019.

The most important mission of water resources management.

It is up to water management agencies, planning bodies, and basin committees to involve society to discuss, negotiate and reach a consensus in order to seek solutions to achieve common objectives. The result of this participatory work is the basis on which effective public policies should be created.

In this sense, the transdisciplinary research project, Improving the governance of the floodplain in over-built river basins, coordinated by the Federal University of Rio Grande do Sul in Brazil, has identified an extensive chain of causal relationships between the water resources of the Paraná basin and the multiple energy, ecosystem, fishing, and recreational uses, and created methods and solutions that will help to conceive adaptation paths, thus reconciling the different uses of water and the environment for the benefit of society.

These water uses have a positive impact on society: from the local communities that depend on fishing for their livelihoods to the millions of people in Brazil and Paraguay who consume energy thanks to a nationwide interconnected energy production system.

The results of the study show that in complex systems such as the Paraná there is no single solution, but a universe of possibilities and different results. It is possible to combine different flow patterns released by the reservoirs and still meet the demands of the fish, thus reducing the impact on them.

As each combination also reflects the amount of energy produced by the reservoirs, it is possible to exploit this result to find alternative water allocation solutions that meet both local demands for fishing, tourism and recreation, biodiversity protection needs in the Paraná Basin, and national needs for clean and affordable energy.

Moreover, with a higher number of alternative solutions available, the negotiation process becomes less contentious, which increases the chances of reaching effective solutions for the environmental recovery of the basin without a very high energy cost.

The solutions to these problems are urgent and require long-term strategies for the basin to adapt. In fact, according to the same study, possible climate change scenarios indicate an average reduction in flows of between 7% and 40%, which would also reduce energy generation, resulting in less water available for fish demands.

The 2020-2021 drought in the Paraná basin corroborated this concern to the extent that flows released from some reservoirs were reduced to preserve storage and maintain hydropower generation in a period of low power stock in the country.

But if the operation of the system were adjusted, according to the results of the studies, fish populations could recover in the long term, making the ecosystem more resilient to withstand the impact of the next drought when the operation of the reservoirs is modified to maintain the country’s energy security (that is the main priority).

These results could also be used to support energy policies that explore other sources of energy generation and storage, thereby reducing pressure on river basins.

In conclusion, reservoirs are key infrastructures for our adaptation to climate and human-induced changes. Although their construction and operation have led to environmental impacts, many of which we have yet to mitigate, they provide a significant water storage capacity that will be critical in helping us protect ecosystems from the effects of climate change that make water more scarce, and uncertain, and variable.

It is possible to optimize the operation of reservoirs to reduce risks to energy production and create opportunities to maintain the flows required by fish during important spawning months.

However, this process requires coordination of water, environmental, energy, and social policies, as we need water to sustain life in rivers, generate electricity, and supply food to cities and local communities. We also need the energy to produce food and expand development opportunities for economically and socially vulnerable regions.

This strong connection between the different factors makes it clear that a policy will succeed in one of these areas only if it is integrated to succeed in the others as well.

Ana Paula Dalcin is a doctoral candidate in the Postgraduate Program in Water Resources and Environmental Sanitation IPH/UFRGS. 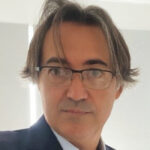 Associate Professor at the Hydraulic Research Institute of the Federal University of Rio Grande do Sul – UFRGS (Brazil). PhD in Water Resources Engineering from the University of California at Davis.