In the 1990s, the Tupinambá people of Olivença, in southern Bahia, Brazil, filed a claim for ethnic recognition, which was only officially granted in 2001. However, the process of demarcation of their territory never materialized. Simultaneously, a group of scientists and NGOs began to pressure the government to expand protected areas in the same region due to deforestation. In 2007, conservationists succeeded in establishing a Wildlife Refuge on part of the indigenous lands which, without the approval of the Ministry of Justice, lacked legal security. And so, the Tupinambá’s lands, adjacent to the biological reserve, became a refuge, especially for the Golden-headed lion tamarin, a species of primate, while the ancestral practices of cultivation through slash-and-burn began to be fined by the authorities. While this was happening, a few kilometers from the reserve, large companies continued to open huge craters in the jungle for sand extraction.

Most of the data used to support decisions such as the creation of a Wildlife Refuge comes from the use of satellite imagery and Geographic Information Systems (GIS). These new technologies have provided detailed images of changes in land use, allowing humanity to become more aware of deforestation processes.

In the Amazon, while the climate emergency calls for increased conservation efforts, the rainforest is being devastated. The Xingu+ network demonstrated an increase in deforestation of 1,857% between 2020 and 2021 in the Ituna-Itatá indigenous land in the state of Pará, in the north of the country.

Along these lines, the Mapbiomas initiative, a group of scientific institutes, technology companies, and civil society organizations that analyzes data on land cover in Brazil, shows that the Amazon lost almost 200,000 square kilometers of forest in the last 34 years, an area larger than that of Uruguay.

It is clear that the degree and pace of destruction of ecosystems such as the Amazon is accelerating despite countless warnings from the academic community about the catastrophic effects of deforestation on the economy, livelihoods, and climate. The problem is that this data has been used to unfairly recommend and implement policies, as the case of the Tupinambá’s land clearly demonstrates.

But this is not an isolated case. In the Colombian municipality of Guasca, some 60 km from Bogotá, conservation policy decisions, influenced by private foundations, NGOs, and scientists based on ecological data, have resulted in the prosecution and economic punishment of farmers for carrying out traditional farming and ranching activities.

The distance between machines and humans

The incredible distance between the machines that fly over hundreds of thousands of kilometers to take photographs and the territory inhabited by people generates an enormous disconnection, which sometimes materializes in dehumanized policies. This has created an enormous distrust of science in broad sectors of society.

To this must be added that, in this era of “post-truth”, the scientific interpretation of reality is being so questioned that obvious facts such as the high-speed deforestation that is occurring throughout the Brazilian rainforests are being called into question.

From academia, the tendency is to point the finger at those who actively seek to delegitimize science through the dissemination of fake news, the creation of conspiracy theories, disinformation, and misleading information. But would it be appropriate to point the finger at those on the “other side” of the barricades of truth as solely responsible for the mess we have gotten ourselves into?

A less visible part of the problem is that those who question science base their claims on a quite real flaw in the production of knowledge itself. Scientists tend to consider themselves the owners of the only truth, recurrently presented to the public as an inviolable “black box”.

In biodiversity conservation, decisions on where and how to install protected areas are usually based on scientific ecological data, which, although rigorous, do not represent the whole reality. Such decisions often ignore the perspectives of those who live in the areas to be protected, including the indigenous populations who have lived in these ecosystems for centuries and who do not have access to institutional avenues, unlike environmental agencies, to guarantee their own rights.

This arrogance often causes real problems for the communities that inhabit the territories. As a result, environmental policies and actions based solely on scientific recommendations often generate rejection and a feeling of exclusion among those affected. This repeated scenario, in turn, strengthens the questioning of scientific institutions, and in this way, the scientific community as a whole also ends up being affected.

The need for a “new transdisciplinary science”.

So, how can we scientists help to regain trust in science? How can we use the enormous amount of data offered by technology to try to curb biodiversity loss and climate change, but also improve people’s lives? How can science contribute to building a more socially and ecologically just world?

To find a way out of the post-truth problem, science must begin by questioning itself. And while the rigor of scientific analysis and the pursuit of objectivity are crucial to moving toward a more sustainable future, shouting and screaming that scientists have the only truth or continuing to insist that science is the only legitimate source for environmental decision-making will not help us.

The environmental challenges we face today are full of risks and uncertainties that need to be addressed from different perspectives that compose a broader picture and leave room for dialogue. A transition is needed toward a more open science that learns to relate to other types of knowledge such as the practice of policy making and indigenous knowledge.

This new perspective on how to do science, called “transdisciplinary science,” is a process of knowledge production and circulation that in turn brings together diverse worldviews and aims to arrive at dialogical solutions to real problems at different scales. The dissemination of this type of science can help us to regain legitimacy and confidence in scientific endeavors, but not through technocratic but democratic commitments.

Scientists have to learn to work with difference and recognize our place as brokers of diplomacy and critical thinking about complex problems to build solutions together with the people and for the people. 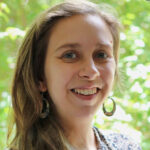