One day in early August 2015, Yara de Paula, a resident of the Raimundo Irineu Serra Environmental Protection Area in the Brazilian state of Acre, arrived home with her newborn baby girl when the sky was already gray with soot. Within minutes the fire was just meters away from her house. To stop the smoke, she covered the holes in windows and doors with wet towels while her husband contained the flames with buckets of water. The fire, fortunately, did not burn their house, but since then, Yara and her daughter suffer from chronic asthmatic bronchitis. This fire in the Amazon is not an isolated case. In June 2022, in the state of Acre alone, 196 km² of burned areas were mapped in already deforested areas, a number that has been increasing recently.

These fires in the Amazon rainforest have caused a large increase in hospital admissions for respiratory problems. In fact, life expectancy in the western Amazon region is up to three years lower than that of people living in other parts of the country, even compared to large urban centers.

In addition to health problems, these fires not only lead to the loss of agricultural production but also wipe out more than 8,000 km² of forest per year, thus losing one of the greatest capacities to mitigate climate change: the carbon stock in the Amazon basin. In other words, the capacity to store this greenhouse gas is lost. But there are other impacts: these forests are impoverished in terms of biodiversity and do not even fully manage to recover in the long term.

A vicious circle with catastrophic consequences

Fire records in the Amazon are breaking record year after year. Between 1985 and 2020, approximately 16% of the biome burned. On average, more than 65,000 km² per year are burned in the Brazilian Amazon, an area larger than Costa Rica. Moreover, a large part of these fires reaches native forests, which is surprising considering that the Amazon is mostly rainforest, where fire would hardly occur naturally, let alone spread.

However, climate change has hit the region hard and temperature increases in some regions such as the southwestern Amazon reach 2.5 °C during the dry season months. In the eastern region, on the other hand, rainfall has decreased by more than 30% during the driest months of the year. In addition, extreme droughts are becoming more frequent (in this century they have occurred every 5 years), causing larger areas of forest to be burned, and the remaining healthy forest is increasingly vulnerable to fires.

Of all negative impacts, perhaps the one of greatest concern is the contribution of forest fires to the increase of CO₂ in the atmosphere, which has a direct impact on climate change. Unlike deforestation, fire does not necessarily lead to land use change. The forest can burn and remain standing, but without the characteristics of a healthy forest and emitting carbon into the atmosphere for decades.

Another effect is that these forests reduce their ability to pump water into the atmosphere. This is an important part of the hydrological cycle, as it contributes to the rain that is essential for both the agricultural areas of Brazil, Uruguay, and Argentina and for the generation of hydroelectric energy.

This emission, which is not directly associated with deforestation, may represent more than half the amount produced by deforestation of primary forests during drought years. Therefore, the increased susceptibility to drought-generated fires and the projection of drier future conditions mean that carbon emissions in the Amazon are dominated by forest fires. In addition, once the environment becomes more flammable, intentional fires (traditionally used in a controlled manner by local communities) are more likely to reach adjacent forests.

Changing this trend is critical to both mitigating and adapting to climate change on a global scale. But the search for solutions must take into account the main reasons that lead to the intense use of fire in the region: illegal deforestation and the maintenance of pastures.

Therefore, investing in resources to promote alternatives to the use of fire in agriculture is essential to prevent forest fires in the Amazon. It is estimated that, on average, one-third of the total area burned annually in the Amazon corresponds to agricultural areas. In the Brazilian Amazon, the vast majority of agricultural areas correspond to grazing areas managed with low technology and know-how, which means that fire is often used for the renewal of degraded pastures, and with it, the risks of forest fires increase.

In Brazil, the use of fire in agriculture is prohibited by law, except in cases of subsistence farming, and requires approval from the environmental agency. In 2020, despite the government establishing a decree prohibiting agencies from authorization for 120 days, fires remained at the high levels of 2019. This shows that fire use in the region is mostly illegal and receives little oversight. Therefore, the fight against illegality must be aligned with expanded assistance to rural producers to encourage sustainable practices that aggrandize productivity to replace the use of fire.

Brazil must take urgent action to break the vicious cycle in which fire is transforming the environment into its own fuel. The socioeconomic and environmental impacts of forest fires are widespread, and failure to change this situation is contrary to what is expected of a nation committed to sustainable development.

Ana Carolina M. Pessôa is a biologist and assistant researcher at the National Center for Natural Disaster Monitoring and Warning, Brazil. PhD. in remote sensing.

Celso H. L. Silva-Junior is an environmental engineer and postdoctoral researcher at the Institute for Environment and Sustainability at the University of California, Los Angeles, UCLA, USA.

Liana Anderson is a biologist and researcher at the National Center for Natural Disaster Monitoring and Alerts (Cemaden), Brazil. 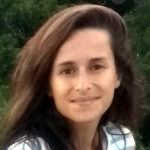