The indigenous and peasant communities living in the tropical forest of Montes de María, in the city of María La Baja, in the Colombian Caribbean, have witnessed over the last decades the changes in their diverse crops, that have become monocultures of African palm and rice, the decrease in water flowing from the mountain, the disappearance of medicinal plants and the increasing irregularity of rainfall. The increasingly frequent overflowing of rivers causes floods that bring with them a host of diseases, while fires not only devastate subsistence crops – crops that meet part of the food needs of a given population – but also the rainforest, which provides the inhabitants with access to water.

However, for Duvan Andrés Caro, who is dedicated to communicating the problems of these impoverished, racialized and forgotten communities, climate change “is a story of scientists, of NGOs, of cities. Of another world”.

For decades, scientists have hoped that the evidence would help policymakers make decisions that reduce social vulnerability and environmental conflict. Public and private sector “decision-makers” are increasingly heard talking about environmental change and sustainability. But as international conferences on climate change multiply, the number of people leaving rural areas, displaced by the destruction of nature and their livelihoods, is increasing exponentially. The disconnect between the international forums where solutions are being sought and both the territories and their inhabitants is evident.

But all is not lost. New ways of linking science with the territories and decision-making centers are now emerging. If scientists really want to contribute to the search for solutions to environmental problems, they must begin to take into account the voice of the inhabitants of these areas and open up to their knowledge.

Furthermore, if the data being generated in the research centers were to be adapted to languages coherent to the communities, a 180º turn could be made in the decision-making processes that affect these territories and their inhabitants. This would facilitate the processes of restoration and conservation of biological corridors, which is becoming increasingly urgent, as the communities’ food sovereignty and security depend on them.

Within this framework, both the inhabitants of the Colombian community of María La Baja and those of the small village of Sachayoj (“lord of the forest” in Quechua) in the Argentine Chaco – which has gone from being one of the largest forested regions on the continent to one of the largest deforestation frontiers on the planet in just 30 years – have participated in a scientific project that has had promising results in terms of “co-production” of knowledge and capabilities.

The Socio-ecological resilience in the face of global environmental change in heterogeneous landscapes project brought together inhabitants, producers, scientists, and other social actors to jointly identify the main threats and opportunities for local development. In Sachayoj, due to the demand of the stakeholders of the territory, a monitoring plan of environmental indicators is being implemented to correct harmful practices and avoid greater risks and vulnerabilities. Pollinator monitoring, for example, is reducing the use of agrochemicals and favoring biological pollination.

In María La Baja, on the other hand, the local community and scientists co-designed communication pieces about life and diversity in the territory, memory and food, and actions for the well-being and revitalization of the territory in the context of tropical dry forest conservation. The project has also promoted and strengthened the socio-ecological dynamics of fauna and flora monitoring and agricultural production to overcome the region’s vulnerabilities.

These advances in two marginalized communities in Latin America confirm that carrying out processes of co-production, co-creation, and calling for community work when conducting environmental research in specific territories is of utmost importance. The achievements made through greater rapprochement and participation between researchers, community members, and research centers also help to bring the future of natural resources into the discussion, which is essential when making decisions related to policies that affect biologically relevant areas.

While in the center of the big cities and in the most powerful countries of the world people temporarily seek to “isolate” themselves from environmental conflicts, families and rural communities in Latin America and the Caribbean live permanently exposed to their consequences. Therefore, according to Duvan, “the inhabitants of the communities urgently need their ancestral practices of conservation, care and understanding of nature to be endorsed and taken into account when generating information about the territory”.

It is time to consolidate change. While scientists have opted for an ineffective and naive strategy to contribute to the solution of environmental problems, rural dwellers on the frontiers of extractivism in Latin America and the Caribbean suffer disproportionately the consequences of the destruction of nature.

There is still time to change this situation. But instead of continuing to pin our hopes on influencing decision-makers, we must commit ourselves to work as equals with all the social actors who live and act in the territory. In order to address the environmental crisis, which is manifesting itself more and more strongly in the poorest regions, we need to carry out more democratic processes that take into account the different forms of knowledge.

Olga L. Hernández is a biologist and researcher with a Ph.D. in Biodiversity: conservation and management of species and their habitats, University of Alicante, Spain.

Matías Mastrangelo is a biologist and researcher with a Ph.D. in Environmental Studies, Victoria University of Wellington, New Zealand.

Diana C. Moreno is a research associate at the Humboldt Institute in Colombia. Ph.D. in Environmental Studies, National University of Colombia. 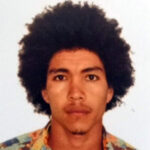