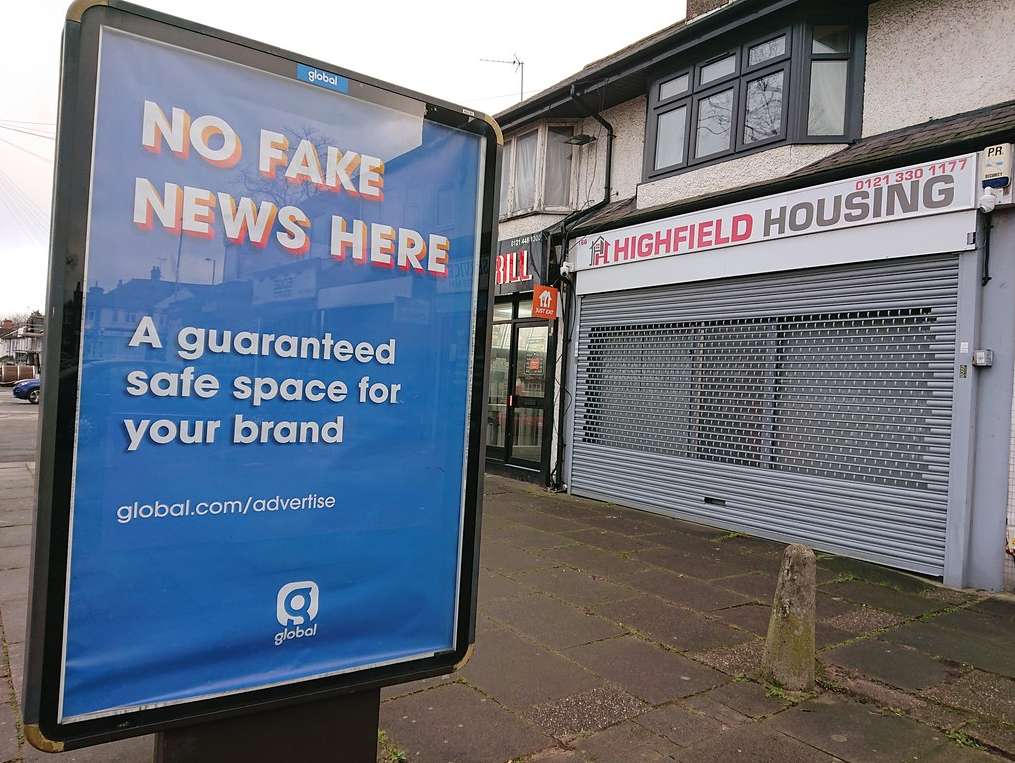 Human life is based on the credibility of messengers who disseminate messages and whose meaning depends on the foreknowledge of those who receive them. It is not that we used to live in the era of truth and now we live in the era of lies. The difference is that today we live in a society in which the power to disseminate messages and declare them true has been massified thanks to the interaction offered by the digital network.

This network, which in its beginnings was considered a challenge to the centralized powers, has created new oligopolies above the political and legal centers, dictating its own rules of the game. Anti-science, climate denialism, conspiracy theories or hate speech are just old phenomena updated in new ways and whose dimension has led us to disruptive situations, both in democratic and autocratic regimes.

Whoever sends a message may do so in the honest belief that what he is saying is true. But the sender may not only communicate something false but also try to harm the receiver, i.e. lie. The place from which truthfulness is judged is a place of power and whoever occupies that place may be tempted to abuse that power to deceive the other, excluding him from his critical capacity and even eliminating him. In this context, living in the post-truth era means being aware of the precariousness of human communication, both with respect to error and lies.

This new era has led us to live in the midst of collective hallucinations, hedonistic and nihilistic, dumb or ignorant, mediated by much investment in information technologies, communication, surveillance, data mining and mass advertising. Personalized information, focused on the consumption of goods and experiences or priced services, for banal and unfeasible middle-class life projects for most dreamers.

In this way, post-truth updates as a farce the tragedies of antiquity, when thinking of a better world was impossible in rational terms in the short or medium term. Today, this tragedy is repeated as a farcical drama, because the material and cultural conditions for modest and universal social improvement have been in place for at least a century. But the systemic logic of capitalism makes the possible impossible.

Can we overcome post-truth without disconnecting ourselves?

Post-truth is not a problem of isolated individuals, it is a cultural, collective, social problem. And disconnection, on a social scale, is neither possible nor desirable. The question is then what to do with a certain culture of connection. It is a matter of legally combating the oligopolistic and corporate control of flows, times, contents and access, while promoting media and information literacy on a large scale and, in particular, critical competence in information.

The root of the problem is not in the connection, conceived in general and abstract terms, but in the connected disconnection, or in the alienated connection, expropriated by corporate communication, neoliberal ideology and espionage. Post-truth is then, in this analytical key, the synthetic name for the current modalities of alienation – understood as the expropriation of someone by another – globally interconnected by networked digital disinformation.

This alienation occurs when the land, the body, the thought and the tools of the individual are expropriated and the common is privatized. Today, in addition to everything else, data and digital traces are alienated on the scale of big data. These data, obtained after careful surveillance, guided by mercantile economic ends and political purposes of a predominantly neoliberal tenor, return semiotically in a personalized way, but on a massive scale in the form of advertising, propaganda and fake news, largely forging post-truth.

In Latin America, the most worrying manifestation of post-truth has been the “lawfare” that operates at the service of the interests of big capital. This is known as the programmed and joint action of sectors of the judiciary and the legislature, together with certain corporate media to mobilize public opinion through the saturation of ideologically biased news against popular leaderships that go against their interests.

The overthrow of popular center-left governments without military intervention has been a repeated phenomenon in Latin America in the last decade, as in the case of Honduras, Ecuador, Bolivia or Brazil. In the case of Brazil, particularly, a violent public image was forged against the PT (Workers’ Party) that does not correspond to the facts.

The distorted nickname – “gay kit” – given to a booklet prepared by the last PT government aimed at preventing homophobia among adults, sought to instill the idea that it encouraged child homosexuality. But even more serious was the campaign to associate the PT’s image with that of the party of corruption, when the data showed that crimes had been much less than those of the accusing parties.

This distortion in the public perception of the facts served as a breeding ground for the coup against Dilma Roussef and the arrest of Lula. The legal reason given for Roussef’s impeachment, the alleged “fiscal pedaling”, besides being insufficiently proven, had been a common accounting practice of all post-dictatorship governments in Brazil. And the banning of Lula’s candidacy for the 2018 elections, which has just been officially unmasked by the Brazilian Supreme Court, allowed the triumph of the country’s current ruler.

In 2016, the Oxford Dictionary enthroned the neologism post-truth as word of the year as it had been the term used to try to describe unexpected phenomena such as Brexit or the victory of Donald Trump. The fact that beliefs influence public opinion more than evidence or rational arguments is an old one. The novelty of post-truth, as a new multifaceted mode of deception, is the sociotechnical mediation of disinformation flows whose speed, ubiquity, capillarity and relatively low cost, from data capture and extraction to information circulation, are unprecedented.

Marco Schneider is a researcher at the Instituto Brasileiro de Informação em Ciência e Tecnologia (IBICT) and Professor of Communication at the Univ. Federal Fluminense (UFF). PhD. in Communication Sciences from the Univ. of São Paulo.