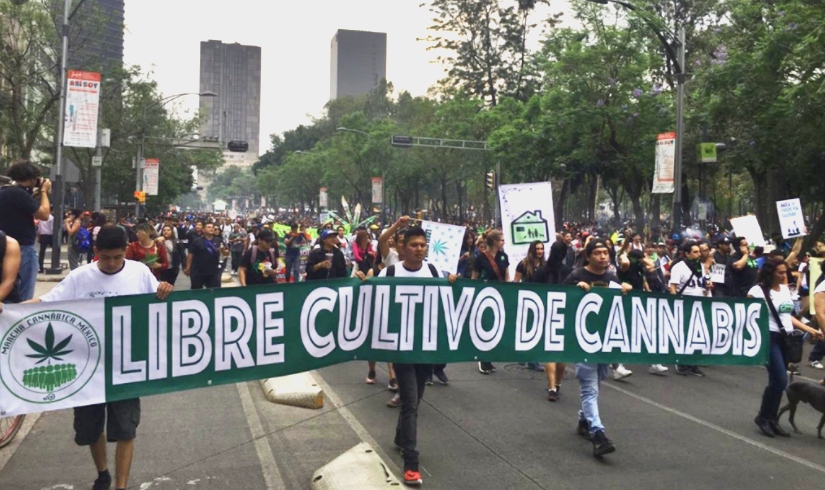 Presently, the Mexican Congress is discussing a project to regulate cannabis for adult use which, if finally approved, could make that country the third in the world, after Uruguay and Canada, to create a legal market for marihuana for adult use. One hundred years after the initial prohibition in Mexico of the psychotropic drugs that “poison the individual and degenerate the race”, finally a system is materializing in Mexico that regulates from the production to the sale to the retail of cannabis, at the same time that possibilities are opening for the industrial exploitation of hemp’s fiber, collateral victim of the prohibition of its psychoactive flowers.

After a century of a prohibition that has not fulfilled none of its pretended objectives, because not only it did not manage to remove it from the market, but it increased all the risks associated with its consumption and turned into victims, of the disproportionate action of the State, the consumers, who became object of harassment, extortion and incarceration, as well as the peasant producers, who were subjected to the yoke of criminal trafficking organizations, on the one hand, and to the destruction of their crops, imprisonment and death at the hands of state agents, while the traffickers controlled a market with juicy profits thanks to US demand.

Mexico was for decades the main supplier of illegal marihuana to the United States, where it has been prohibited since the Marihuana Tax Act of 1937, but where its consumption is very extensive, especially since the 1960s, despite half a century of war on drugs, declared in 1971 by President Richard M. Nixon, with a hidden agenda, since the objective was not to eradicate drug consumption, but to have elements to harass and imprison its political enemies. The illegal marihuana market allowed organized crime organizations to arm themselves and recruit armies, until it became a state’s competitor for territorial control, in complicity with different state agents that provided them with particular protections.

Drug prohibition has been a great disaster for Mexico. Thus, the regulation that is making its way can mean the starting point of a very relevant change, even though marihuana is no longer important in the market of illegal drugs towards the United States, since the regulation in different states has displaced Mexican exports for cannabis legally produced in U.S. territory.

It was a series of five rulings by the Mexican Supreme Court of Justice, in riht of protection proceedings, which formed a jurisprudence that, based on the right to free development of personality, declared in early 2019 the absolute prohibition of marihuana for personal use unconstitutional and mandated Congress to legislate accordingly.

Despite the fact that the regulation of cannabis will have little effects on the networks of organized crime, whose economic power is already in the trafficking of other substances, its effect on Mexican society could be enormous, firstly, because it is the first step to dismantle the failed prohibitionist paradigm in the field of drugs, but also because it is a step to stop using the criminal justice system and state security forces against consumers and producers.

Among the advances of the regulation that is being discussed in the Mexican Congress would be the creation of a regulated market from the production to the sale to the retail, the possibility of domestic cultivation for the self-consumption and the creation of associations of consumers with possibilities of producing their own cannabis.

The threshold of individual possession of marihuana without penalization would increase from the five grams currently tolerated to 28 and from there to two hundred grams would be punished possession with fines. However, the crime of simple possession would persist, punishable by imprisonment from two hundred grams onwards, even if the intention to trade in the substance is not proven.

The dark side of the process is that this is a motley bill, which over-regulates and sets very high barriers to entry into the legal market. Requirements, such as legal registration and traceability of seeds and investment in security and crop surveillance measures, would favor Canadian companies that already have the biotechnology and patents on the seeds, while farmers who traditionally produced their own varieties of marihuana, some with underground international prestige, such as Acapulco Golden or “without seed”, would not be able to produce them legally. And although the law provides that forty percent of the production licenses would go to the peasant communities that are victims of the ban, the cost of legal seeds could be an insurmountable obstacle to their entry into the legal market.

On the other hand, the fact that the project maintains cannabis in the Penal Code and in the list of illicit substances of the General Health Law, would lead to the legal market being only a loophole taken advantage of by big companies and destined to consumers of greater economic capacity. While the poor consumers, those that usually are the reiterated victims of the police harassment and extortion, as well as the farmers who cannot cross the entrance barriers to the regulated production, would remain in the illegality, threatened by the criminalization.

The success of such a regulatory process is measured by the percentage of the market that is removed from the underground.

The success of such a regulatory process is measured by the percentage of the market that is removed from the underground. One example: one year after Washington and Colorado regulated the adult cannabis market, entry barriers and tax rates in the former caused only 30 percent of the market to go underground, while in Colorado, with more liberal rules, the percentage absorbed by the regulated market reached 70 percent.

The risk is that complex legislation full of contradictions will lead to only a small percentage of the market going legal, while the evils of prohibition with all its corruption and iniquity continue to prey on the weakest. 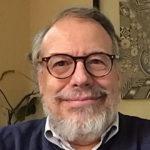 Political scientist, professor and researcher at the Dept. of Politics and Culture of the Autonomous Metropolitan Univ. at Xochimilco (Mexico) and the Faculty of Political and Social Science of UNAM. PhD. at the Complutense Univ. of Madrid.