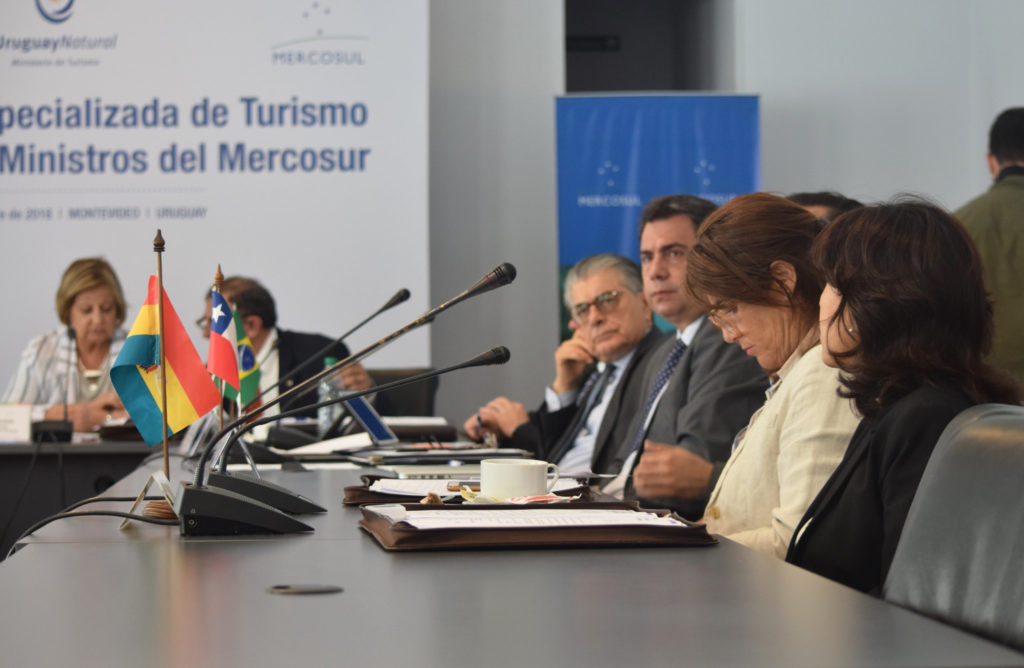 The crossing of ideas between Fernandez and Lacalle Pou (“getting rid of the corset” vs. “getting off the boat”), minor and anecdotal as it was, will, nevertheless, be remembered as an episode that reflects their existing differences and their implications: an eventual fork in the road between the countries of the Southern Cone.

As host of the virtual summit celebrating the 30th anniversary of Mercosur, on March 26, Argentina’s President Alberto Fernandez and his Uruguayan counterpart, Luis Lacalle Pou, exchanged phrases that exposed the deep cracks of the regional bloc. The Uruguayan president demanded that Mercosur “shouldn’t become a burden or a corset”. The Argentine President took up the gauntlet and responded angrily: “we do not want to be a burden for anyone… and if we are one, they should take another ship”.  Argentina’s  answer left it virtually on “off side” regarding its partners and neighbors. What happened was that Lacalle Pou carried the voice of the governments of Brazil and Paraguay in favor of making more flexible the current tariff structure.

The latter proposition may not be the one that would contribute the most to the strengthening of the common market in South America, since it was created on the idea to achieve true macroeconomic coordination. Today though, it shows a constellation of national realities that run each one on its own. But to present the existing disagreement as a discussion of rigid models, such as “a customs union against a free trade zone” is, besides a strategic mistake, a sign of relative weakness that could leave Argentina in a clear minority within the bloc and the bloc itself in a virtual paralysis against the world.

The issue will be settled on April 22, when foreign and economy ministers of the member countries meet to review the Common External Tariff (CET). President Fernandez said he doesn’t believe in a partial and linear reduction of Mercosur’s CET for the entire tariff universe, “being this the best instrument, in view of possible new agreements with other countries”. The Argentine proposal is based on “preserving a balance between the agro-industrial and industrial sectors” and “the coordination of macroeconomic policies to continue advancing towards a common market consensus”.

There is considerable agreement among experts and specialists on the need for a constructive dialogue among Mercosur members to sustain the bloc and face competitiveness and asymmetries issues that affect its insertion in the world.  These problems, in the eyes of the “free traders”, respond to a late opening and the lack of structural reforms that are still pending. Argentine specialist in international business, Marcelo Elizondo points out that for years Latin America has been losing relevance as an actor in international trade and little can be expected from a single strategy towards the region. Instead, other dynamic markets invite to develop actions for a global insertion.

Looking at broad time scales, Latin America is the region that has lost most of its share in world imports: It accounted for more than 10% of the total in the mid-20th century, 6% in the mid-1960s, and has continued to decline since then to such an extent that its current share is barely a third of that of the mid-20th century. Meanwhile, Asia—the region with the greatest increase in relative importance—increased its share from 14% at that time to 32% today. Moreover, in the last five decades, Europe has lost some of its share too (from 53% to 36%) and North America has remained stable.

Zooming in by country, among the 30 largest world importers there are 12 Asian markets (including China, South Korea and India, but also Taiwan, Singapore, Thailand and Malaysia); 8 from the EU; the three North American markets and only one South American (Brazil). Asia has become increasingly relevant for Argentina, since the continent has been the most supplied by Argentine exports (surpassing Latin America as a whole and Europe). Added to this is the global geo-economic reconfiguration brought about by the constitution of the Regional Comprehensive Economic Partnership (RCEP) free trade agreement in Asia, which brings together the ASEAN countries and five of its major trade partners: China, Japan, South Korea, Australia and New Zealand.

Against this backdrop, Brazil and Uruguay are seeking openness to abandon the bloc’s autonomist model. “Access from our countries to those distant markets is difficult because, while we don’t have trade agreements with them, our competitors—and even neighbors such as Chile and Peru—do have them. This makes it more complex for our products and companies to enter them”, said Elizondo.

The exchange of ideas between Fernández and Lacalle Pou (“getting rid of the corset” vs. “getting off the boat”), minor and anecdotal as it was, will, nevertheless, be remembered as an episode that reflects their existing differences and their implications: an eventual fork in the road between the countries of the Southern Cone.

In the name of “national interest”, the “small homeland” of narrow nationalisms wins over the proclaimed “large homeland” when leaders don’t know how to overcome the challenging signals of the global and regional contexts with a shared and overcoming vision, and with strategic agreements that lead that vision to concrete achievements.

*The original version of this text was published in Clarín, Argentina.