The new center-left government of President Gustavo Petro in Colombia is trying to develop an extensive agenda but faces multiple problems. In its first weeks, it managed to build a broad coalition in Congress, consolidating a majority that currently guarantees the approval of the bills it presents. However, it is not known how solid this coalition is and how capable it is of surviving the debate of difficult proposals.

The first litmus test it faces is the tax reform that aims to raise approximately 4.5 trillion dollars. For this purpose, the government has set four objectives. First, it seeks to eliminate or reduce a long list of tax privileges that make the effective tax rate much lower than the nominal rate. On the other hand, it seeks to increase tax progressivity significantly, including taxes on occasional profits and corporate dividends (for which it has been accused of introducing double taxation) and making royalties from mining operations (especially oil) not deductible from profits for corporate tax liquidation purposes. In addition, it seeks to establish temporary surtaxes for the financial sector and the high international prices of mineral products (oil and coal). Finally, to strengthen the DIAN (Tax Office) to reduce tax evasion.

The government coalition easily achieved its approval in the first debate, but possibly to achieve final approval in November, it will have to negotiate some points with several political groups and with businesspersons who have been very critical of the reform. Possibly, the government will manage to pass the reform, but surely the relations with the productive and financial sectors will be affected. If this approval is achieved without having to make too many concessions, the new tax statute will be a significant change with respect to what has been traditionally achieved in Colombia.

The second priority of Petro’s government is the implementation of the peace agreement. This project, to which the previous government gave a very low priority, is another difficult issue to handle. It fundamentally requires a comprehensive land reform that is likely to be costly (for that and other reasons tax reform is so necessary). In Colombia, there have been several frustrating attempts to implement this type of reform (which some say contributed to a climate conducive to the development of guerrilla movements).

Traditionally, the cattle industry has been radically opposed to such reforms. However, last week FEDEGAN (National Federation of Cattle Producers) signed an agreement with President Petro and the Minister of Agriculture, Cecilia López Montaño, committing to sell three million hectares of productive land to the government in order for it to implement comprehensive agrarian reform programs. The government’s plan includes providing land to indigenous and Afro-descendant populations and poor peasants, within a framework that includes technical assistance, credit, and the provision of public goods.

Despite these (and other) significant early government successes, there are also dark clouds on the horizon. There is a lack of clarity on the content of several other proposed reforms. For example, one of the promises was the reform of the health care system, but a draft reform project is unknown at the moment. The Minister, Carolina Corcho, has spoken of reforming the EPS (Health Care Providers), entities, mostly private, which constitute the basic element of the system, receiving resources from the government to provide health services to the population. A series of assumptions have been woven around this reform, which the government has not yet clarified and which have generated fear in certain sectors. It is important to mention that, although the health system has many problems, in comparison with other countries in the region, it is always rated as one of the best.

Similar uncertainty exists with respect to a promised labor reform whose basic elements have not been clarified either. The same is true with respect to the pension reform that the president (and other candidates) mentioned during the campaign. According to the president, what is wanted is to guarantee every Colombian over 65 years of age a minimum pension of half a minimum wage (a little more than $110 per month at the current exchange rate). This has clearly created many expectations that if not fulfilled could become an important political liability for the government during its last years.

In terms of energy policy, the statements of the president and some ministers have been contradictory. The objective is to “decarbonize the economy” by transitioning to the use of clean energy, but it is not clear how this will be done. There has been talking of ending or limiting oil and gas exploration, but there is a danger that, in the long term, the country will end up importing these resources because it will not be able to develop clean energy sources quickly enough. In addition, oil exports, by far the main source of foreign exchange, would have to be sacrificed. The Minister of Finance, José Antonio Ocampo, has denied that there are plans to limit oil exploration.

Finally, the national and international economic context significantly limits the government’s ability to maneuver. High inflation levels (which in Colombia is above 11% per year) have forced the central bank to raise interest rates, which will surely have an effect on economic growth.

High levels of government indebtedness accompanied by high international interest rates and the significant devaluation of the Colombian peso have increased the cost of public and private external debt. This has aggravated the fiscal deficit that was already high as a result of the COVID pandemic during 2020-21.

Although GDP growth rates were relatively high in 2022, a significant drop in growth is forecast for next year and some are talking about the possibility of a recession.

Within this worrisome economic framework, many doubts arise as to the ability of the new government to implement the costly reforms it has proposed. The tax reform is an important point in favor, but it is not enough. 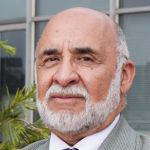 Economist. Consultant of national and international organizations. Specialization in labor markets, discrimination and gender. Professor of several universities in Canada and Colombia. PhD from the University of Toronto.