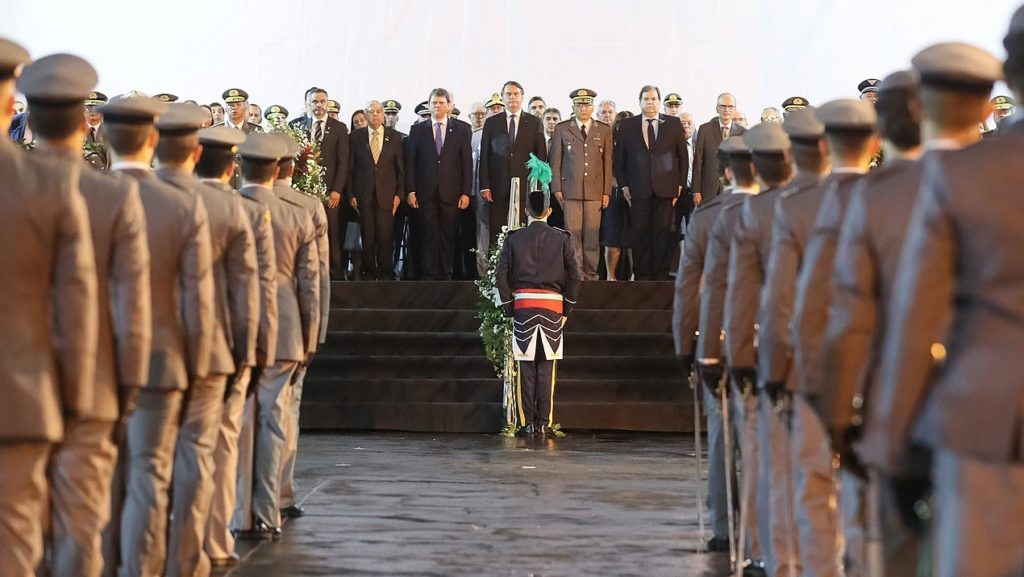 On June 3, the Brazilian Army announced that it would not punish active-duty General Eduardo Pazuello, the former Minister of Health, for having participated in a political event with President Bolsonaro on May 23rd in Rio de Janeiro. The decision blatantly contradicts the Army Disciplinary Regulation and the Armed Forces Statute, which prohibit active military personnel from participating in political demonstrations. It seems that the Army Commander, Paulo Sérgio Oliveira followed Bolsonaro’s wishes of rejecting any punishment for Pazuello, who is referred to by the head of state as ‘our fat man’.

In the words of Raul Jungmann, former Minister of Defense, “the Army capitulated before the pressure from President Jair Bolsonaro by not punishing former Health Minister Eduardo Pazuello.  The pressure is Bolsonaro’s response to the Armed Forces’ effort to establish an institutional separation between them and the current government. This was made very clear when Bolsonaro fired General Azevedo e Silva, former Defense Minister, General Pujol, former Army Commander, Admiral Ilques, former Navy Commander, and Lieutenant Brigadier Bermudez, former Air Force Commander, at the end of March 2021 for rejecting coup adventures.

If General Azevedo e Silva’s farewell letter stating that during more than two years at the head of Defense he had preserved “the Armed Forces as state institutions” was a gesture of rupture with Bolsonaro at the constitutional level, that is, the military does not accept the violation of the 1988 Charter, then the decision not to punish Pazuello implies the capitulation of the Army at the political-electoral level.

In other words, after endowing the Ground Force with several ministerial posts, thousands of positions in the Federal Executive, and generous budgetary and salary benefits, the president demands that active and reserve officers can be used for explicit political purposes – either to intimidate the opposition, or for his reelection project.

From Bolsonaro’s perspective, it is fundamental to present himself before the national electorate in 2022 as the leader of a presidency that has and will have the Army as one of its pillars. The punishment of Pazuello would take away the credibility of this key piece of the government and the reelection campaign.

General Paulo Sérgio Oliveira by deciding not to punish Pazuello has deprived the organization of its capacity to autonomously manage its relationship with the president of the Republic as well as degrading his own authority while generating indignation among several active and reserve generals. Although the rupture of late March still stands. Nothing indicates that the Armed Forces support the breakdown of institutional order, but the Army’s political situation is complicated because Pazuello is closely associated with Brazil’s failure to combat the pandemic. After having failed miserably as Health Minister and having participated in a political demonstration, Pazuello was nominated to the post of Secretary of Strategic Studies of the Special Secretariat of Strategic Affairs of the Presidency of the Republic.

The former captain is spinning the Army like a cork in the Bolsonarist whirlpool. Without outside help, the Ground Force has no way out of it. This means that political leaders (especially FHC, Lula, and Temer), former defense ministers, governors, Supreme Court justices, and reserve generals need to speak out, frequently and forcefully, against the politicization of the Armed Forces. The politicization of the Armed Forces, by undermining their hierarchy and discipline, ultimately points to a civil war – nothing more, nothing less.

These groups of individuals are specifically mentioned above because the great collective body that could potentially impose unavoidable limits to the Bolsonarist disruption, the National Congress, is now controlled by right-wing congressmen concerned almost exclusively with retail political issues, especially in the House of Representatives. Moreover, the Brazilian right has historically always been comfortable with the presence of the military in politics, seeing in them a safeguard of  last resort against the left. Thus, at a decisive moment for the future of democracy in Brazil, the Legislative Branch is abdicating its main role as a brake and counterweight to the autocratic tendencies of the Executive Branch.

Finally, one must also consider the role of the Navy in the effort to contain Bolsonaro. It is the force that is politically the most distant from the president. However, since it is subject to the authority of the head of state, it cannot publicly speak out against him. Therefore, the members of the political elite referred to in the sixth paragraph should approach the admirals very discreetly and skillfully, just as Tancredo Neves did with the generals in the early 1980s in order to speed up the democratic transition.

If until recently Brazil was a country of coalition presidentialism, it should from now on be a country of civil-military coalitions for some time to come. Bolsonaro has already made his own. Now, it is the turn of the democratic forces. If victorious, the democratic civil-military coalition should not only depoliticize the Armed Forces, but also prepare them for, from 2023 on, the full establishment of their control by the elective political powers, starting with the appointment of a civilian leader to head the Ministry of Defense.

*This article expresses the opinion of the author, which does not necessarily represent the institutional opinion of FGV. 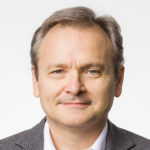