Brazilian labor leader, Leonel Brizola, in 1979 said “our people will not fulfill their destiny if they do not organize themselves into a party”, referring to the importance of parties for the democratic exercise of politics. Shortly after the amnesty enacted in August of the same year, the National Congress passed a law authorizing the return of multiparty politics in Brazil. With the effervescent debate of ideas and proposals, Brazil began to breathe democracy after years of military dictatorship. The challenge became the formation of parties that would give a voice to many who had been silenced for years or who did not feel represented in the forced bipartisanship of the military period.

The freedom to create parties, however, led to record fragmentation in the 2018 elections, with the election of federal deputies from 30 different parties. After successive electoral mini reforms, a constitutional amendment established the new rules for the 2022 elections. What political culture emerges from the spirit (always Montesquieu’s) of the new electoral legislation?

Federation as the maintenance of power

I could limit the analysis to laudable aspects of the reforms, such as the enhancement of the participation of women and minorities in the electoral process. Or the sensible decision to inaugurate the President on January 5 of the year following the election, and not on January 1, as has been the case until now. However, what is relevant to political science, in general, and party life, in particular, is the effect that the new legislation will have on the formation of Brazilian parties, and how much it will effectively contribute to the consolidation of democracy in the country. In this sense, the most relevant aspect of the new legislation proves to be the concept of “federation of parties”.

The federation of parties means that two or more parties may join together in a federation that, after its constitution and registration with the Superior Electoral Court (TSE), will act as if it were a single party. According to the TSE, the federation has “the objective of allowing the parties to act in a unified manner throughout the country, as a test for a possible merger or incorporation”.

The federation, however, is more so a way to maintain power, especially control of resources provided by public financing, and is less a tool for party building. The compromise will be signed vertically, within the national executives, regardless of local and regional differences. This is the spirit of this rule of the amendment to the Constitution.

However, the federation is not a legal imposition. It is a decision made by the political parties. Parties considered large encourage federation as a way to co-opt the “best” names of the so-called “small” parties, strengthening their party structure. On the other hand, some small parties find in the federation the subterfuge to continue to exist. As an example, the PSDB and the PT proposed to form a federation with the Citizenship party and the Communist Party of Brazil, respectively. The federation does not foster party growth, it only renews the strength of the leaders in both large and small parties. In this political arrangement the same leaders of each party will tend to be reelected.

The alternative to the federation of parties

While the federation statute offers already consecrated party leaders to the new political entity, some parties do not wish to adhere to this proposal. Instead, they are guided by the principle of equal conditions for the competition; the lists of candidates bring together rising leaders who, then, contribute to the renewal of the party leadership.

The Sustainability Network of former presidential candidate, Marina Silva, tried this in 2018, but was unsuccessful and now seeks to participate in a federation. The Avante party, for its part, will try to overcome the barrier clause in 2022 without integrating into a federation. To do this, the information spread by the leaders of this party is that to approve the candidates to be members of the legislature, there are a number of criteria to be met, such as the cooperation of the non-elected candidates in the political mandates of those who were elected, and the distribution of the financial resources of the party that were intended for the next election. However, the traditional parties, PT, MDB, PP, and PSDB, all strive to maintain control over the minor parties of the federation, since the agreement will have the conformation of the bench during the four years of the mandate.

It cannot be ignored that the federation is a vertical decision, from top to bottom, that will not take into account regional peculiarities. Once established, it will also define the orientation of the party in the municipal elections of 2024. In other words, leaders who strongly contest elections in the cities may be forced to share the same federation in the municipal elections due to a higher deliberation that is completely alien to their objectives. This is very different from what is being proposed by parties that choose to face the ballot box with autonomy and independence. In the latter case, the criteria of party solidarity prioritizes internal democracy and the party’s vitality and renewal by committing its leaders to the party’s construction.

For the upcoming elections, the parties will present themselves to the Brazilian population on May 31, when the deadline for the legal formalization of the federations closes. From this date we will be able to form a judgment on which organizations prioritize the strengthening of political parties as Leonel Brizola wished and as democracy requires more than ever. 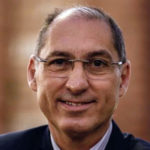 PhD in Social Sciences from UNISINOS (Brazil). Interim Minister of Education (2005), deputy executive secretary of the Ministry of Justice and coordinator of the National Program of Public Security with Citizenship (2007 to 2010).