Equal marriage in Latin America, which is recognized nationally in only seven countries in the region, arises legally from the stigma towards homosexuality. Although the laws passed in these countries recognize the sex-affective aspect between people of the same sex, they exclude them from the same rights that heterosexual spouses enjoy. These include the right to adoption, to a pension in the event of the death of one of the partners, to collect life insurance, to inherit or to health services, among other rights that heterosexual marriage includes per se. To achieve these rights, same-sex marriages must result to tortuous procedures that only serve to remind them, based on the rationality of the State, of their “abnormal” condition. In this context, equal marriage in Chile establishes a model that should be followed by the rest of the countries in the region.

The legal concept of equal marriage on a national scale is recognized in Argentina, Brazil, Chile, Colombia, Costa Rica, Ecuador, and Uruguay. Argentina was the first country to fully recognize it in 2010, where it was approved by the Legislative Branch. Uruguay, although it eventually approved equal marriage in 2013 by mandate of the Executive, was the first country in the region to approve civil union through the Legislature in 2008.

Like Argentina, Colombia recognized equal marriage in 2016, and Costa Rica did so in 2020, without having a prior approval of civil or domestic partnerships, as it did in the other countries. Like Uruguay, Brazil, Chile, and Ecuador had a recognition of civil or domestic partnerships at first and later recognized equal marriage. Bolivia is the only nation that has opted to only recognize civil unions, which it formally recognized in 2017.

The legal concepts of civil union or domestic partnership and equal marriage not only have different legal statuses in the different countries where it has been approved, but also pass through the sieve of the morality of society.

The civil union, or civil partnership of cohabitation are contracts in which two people of legal age and full legal capacity, of the same or different sex, establish a shared domicile to form a common life and support each other without getting married. These unions, while they ensure in a certain way the legal union of homosexual men and lesbian women in practice, are also affected by the grammatical structure of this union, which makes invisible their sex-affective relationships and the State’s capacity to recognize these non-heterosexual affections that also give rise to a family.

Civil unions, therefore, safeguard the traditional forms of the monogamous and heterosexual family on the basis of legality. Thus, unions between persons of the same sex are recognized, which may or may not have a loving bond and do not give rise to parenting, and thus the State does not expose itself or disrupt the structures of certainty of society.

Therefore, the heterosexual State subtly pathologizes, starting from its legal frameworks, all those who do not comply with its hegemonic sexual orientation and intervenes in the conceptions of love and desire.

The equal marriage law approved in 2021 in Chile by the legislature marks a turning point in the way this right has been recognized. Marriage between individuals of the same sex in this country grants couples all the duties and rights that heterosexual marriages currently have.

In addition to placing same-sex marriage on the same legal status as heterosexual marriage, it recognizes the complex particularities of same-sex marriage. These particularities are not only subordinated to sexual orientation, but also to non-traditional gender identities, in addition to transcending legal rationality and being established from an affective point of view.

Thus, non-discrimination based on sexual orientation and gender identity is guaranteed in terms of homoparentality. In addition, for the purposes of child custody, filiation, and adoption, this is recognized, regardless of whether or not the couples are married and whether or not they have had their children through assisted fertilization. The maternity of trans women and the paternity of trans men are also recognized in the birth certificates of their children. The legislation determines that the order of the surnames of same-sex couples will be defined by the parents.

On the other hand, the law regulates the property of couples, work permits in case of birth of children and family allowances and guarantees pensions for widowers. It also broadens the concept of brothers and sisters, thus eliminating concepts such as maternal and paternal siblings. The legislation also recognizes equal marriages that were established abroad.

With the approval of this law, another aspect that favors trans persons in Chile is that the articles of the Gender Identity Law were repealed. This now-repealed law established that in order to change the name and sex of a person who was already married, he/she had the obligation to divorce.

In conclusion, the recognition of rights, in most of the countries of the region and the world, is structured from heterosexual frameworks of understanding, and when the norm is not complied with, costly procedures must be carried out, not only in terms of time and money, but also in emotional wear and tear that reaffirm the moral, legal and religious contempt of lesbians and homosexuals.

The number of countries in the region that recognize the legal union of persons of the same sex on a national scale is minimal and still with numerous deficiencies that derive from the way in which the legal initiatives are constituted. This depends on the instance in which the recognition of this right is presented and that it is guaranteed by international legal frameworks.

Therefore, the equal marriage law in Chile establishes a model that should be recovered by the rest of the countries in the region, given the robustness and complexity with which the law initiative was prepared and approved in Congress, as a result of the joint work with LGBT+ collectives and organizations. 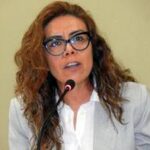 Professor and researcher at the Department of Political and Government Studies, Univ. of Guanajuato (México). Member of the National System of Researchers of Mexico. Specialist in the citizenship status of LGBT+ people.