Some analysts blame the West, particularly NATO expansion, for provoking the Russian reaction and the war in Ukraine. John Mearsheimer of the University of Chicago has sparked a broad international debate by arguing that Russia acted because the West directly threatened its security and vital interests. That theory ignores Moscow’s strong responsibility, Putin’s ideology, and his desire to alter the international order. In this context, Latin America, which would also be affected by the aftermath of the conflict, should decide once and for all which side it is on.

There was never any real threat to Russian security

Between 1999 and 2004 NATO was extended to several countries in the former Soviet area of influence. Russia objected, but accepted, as the new members did not share an extensive border with Russia, and Moscow was in a weak position. The point of no return would be reached in 2008 with the NATO summit in Bucharest. The final declaration stated that in the future Georgia and Ukraine would become NATO members.

Russia’s fears were unfounded. The Bucharest Declaration supported the future application of Ukraine and Georgia but also emphasized the need to discuss outstanding issues. France and Germany stopped the initiative precisely so as not to alarm Russia. In fact, NATO never offered Georgia and Ukraine a membership plan and their formal process never started.

In 2020 NATO recognized Ukraine as an “enhanced opportunity partner.” This allows for regular political consultations, information sharing, interoperability platforms, and joint exercises. Finland, a member of the European Union and bordering directly with the Russian Federation, enjoys the same status. Finland also has a 180,000-strong army and regularly buys military equipment from the U.S. Should we expect a Russian invasion of Finland? Let us hope not.

At the 2007 Munich Security Conference, President Putin explicitly referred to the supposed guarantees of non-enlargement of NATO offered in 1990 by former NATO Secretary-General Wörner. However, the words quoted by Putin were taken out of context and referred only to German reunification.

In 1990, in exchange for the unification of the two Germanys, Gorbachev obtained an informal guarantee of non-expansion of NATO. Diplomatic documents reveal that between 1990 and 1991 US President George H. Bush, Kohl of Germany, Mitterrand of France, and Major of the United Kingdom reassured Gorbachev and his foreign minister, Shevardnadze, that there would be no NATO expansion.

The Western version is that these guarantees referred to the Soviet Union and could not be applied to Russia in later years. This is perhaps a somewhat improvised justification but accepted by some analysts, as well as by Shevardnadze himself. In any case, would that be enough to explain the invasion of Ukraine 32 years later?

Putin violated the treaties signed by the Russian Federation on Ukraine. In 1994 with the Budapest Memorandum, in exchange for ceding the Ukrainian nuclear arsenal to Russia, Moscow committed to respect Ukraine’s independence, sovereignty, and borders, as well as to refrain from the threat or use of force against Ukraine. Russia has not fulfilled any of its commitments.

It is not NATO activism that explains the Russian war in Ukraine, but the way Putin has gradually decided to oppose it, within a broader design of revisionism and redefinition of the Western-led liberal international order.

Russian analysts confirm this argument. Andrey Sushentsov of the Foreign Ministry’s Institute for International Studies notes that with the Russian invasion of Ukraine the era of Russia’s Western-centered search for its place in the world is over. Sergei Karaganov of the Council on Foreign and Defense Policy in Moscow speaks of a Russian strategy of “using various foreign policy instruments, including military ones” and replacing the current Euro-Atlantic security system with a Eurasian one.

Foreign Minister Lavrov lashed out at the liberal order and accused the West of arrogating to itself a self-perpetuating right to reshape “undemocratic” countries according to Western standards, a position he called “imperial and neocolonial.” International relations, he added, are undergoing fundamental changes and the era of Western domination is coming to an end.

But the alleged threats to Russia are not in the realm of military security but in the realm of values. The spread of democracy, individual rights, and respect for law undermine the Russian autocratic order. Russian elites would do well to ask themselves how it is that so many countries yearn for a future closer to the West and free of Moscow.

Latin America is part of the West

The consequences of a long-term conflict in Ukraine would significantly affect Latin America. The cost of raw materials and food worldwide will rise, impacting the price of manufactured goods that Latin America imports. Europe’s acceleration towards green energy and a green economy will have global impacts both economically and politically. The United States and Europe will be looking for reliable and stable allies and Latin America will have to define its place between the West and the autocratic countries.

Latin America is historically and culturally part of the West. Continental leaders emphasize shared values with the United States and Europe such as democracy, respect for human rights, and international law. But when it comes to action, the region is divided. In resolutions condemning Russian aggression at the UN and the OAS, some Latin American countries abstained, thus denying their own values in favor of convenient ideological positions and possible economic and political returns.

The occasion is propitious to resume a more equitable and advantageous relationship with the West and to balance China’s growing political, economic, and ideological influence, the consequences of which remain doubtful.

The West would do well to seek a rapprochement with Moscow after a just peace in Ukraine. The Kremlin would be an important partner in managing the situation in Syria, Libya, Afghanistan, and the fight against terrorism. Moreover, Russia would be a key ally in containing China if it were to become more revisionist and assertive. Indeed, Beijing’s caution on Ukraine could presage tensions in Taiwan.

It is time for a profound rethink. The West should do away with the rhetoric of decadence and “harsh criticism” and enhance coherence between the values it embodies and its actions. Latin America, for its part, should act consistently with the values it proclaims. It should take a joint stand with those who defend those values and not flirt with those who undermine them. Values shape long-term interests. 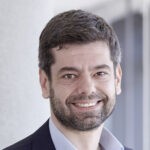