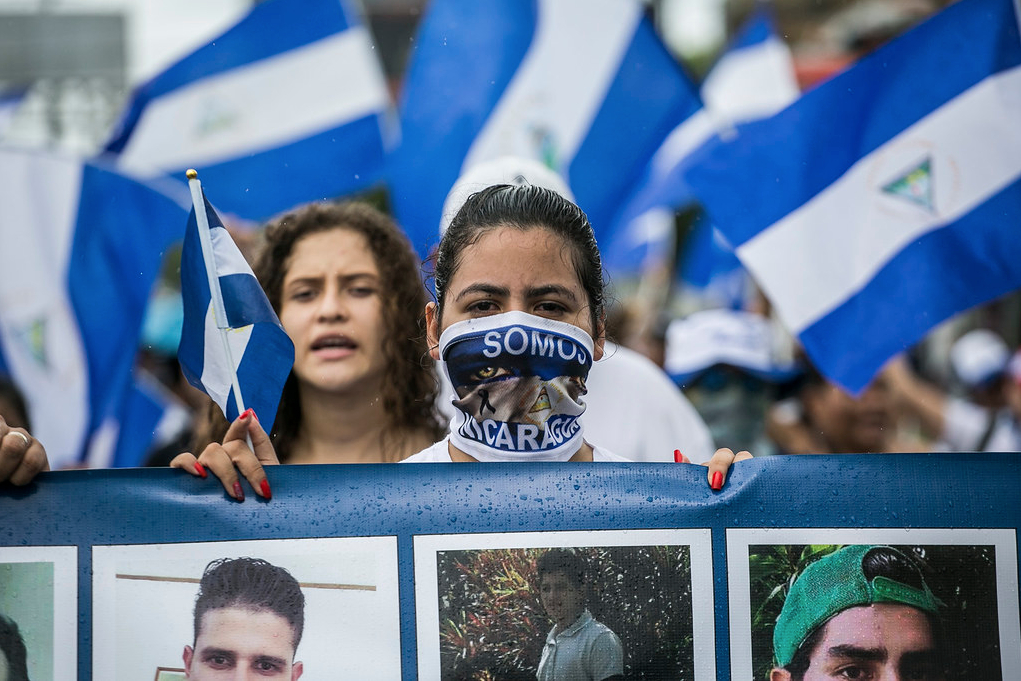 Michelle Bachelet, United Nations High Commissioner for Human Rights (OHCHR), recently presented her annual report on the situation in Nicaragua, a country mired in a crippling political crisis since 2018. The news is not encouraging. Bachelet, former president for two center-left coalitions in Chile, stated that “the rule of law continues to deteriorate” under the rule of President Daniel Ortega and his wife, Vice President Rosario Murillo.

Latin America is thus facing the possible closing of the window of opportunity for a democratic transition in Nicaragua. This Central American quandary opens several dilemmas at the hemispheric level: for democracy in the continent, for the foreign policy of the new U.S. government and, above all, for a Latin American left seeking to redefine itself after a sequence of important electoral victories.

The origins of the Nicaraguan crisis have been widely documented. Ortega, a former Marxist guerrilla and part of the leadership of the Sandinista Revolution (1979-1990), first hegemonized the Sandinista National Liberation Front (FSLN) and then all branches of government through a surprising alliance with the most conservative sectors of the traditional elite. When in April 2018 a massive wave of protests ended that corporatist model and called into question the dynastic pretensions of the ruling family, Orteguismo launched a brutal campaign of police and paramilitary violence. The repression left at least 300 dead and prompted accusations of “crimes against humanity” by the Inter-American Commission on Human Rights (IACHR).

According to the new OHCHR report, conditions have not improved much in the last three years. The harassment of civil society persists and, worse, the government has adopted new laws that would further criminalize dissent and independent press. Meanwhile, “more than 100,000 Nicaraguans have requested asylum in third countries”, a number that increases every day.

In this context, the presidential elections scheduled for November 2021 have been seen as a critical date in the struggle to force a democratic opening and thus find a peaceful and negotiated solution to the tripartite political, economic and social crisis unleashed by the repression, now exacerbated by the pandemic. However, the report makes clear that the government’s recent actions and its refusal to carry out minimal reforms “will not be conducive to a representative, pluralistic, transparent and fair electoral process in 2021”.

If Ortega succeeds in using the November elections to cement his authoritarian control, it will portend another difficult decade for Latin America’s fragile democracy. It would also hinder the plans of U.S. President Joe Biden’s administration, since he will hardly be able to fulfill his goal of resolving the roots of emigration in the so-called “Northern Triangle” -corruption, weak institutions, insecurity, etc.- when in the heart of Central America there is a dictatorship whose very existence implies the permanent threat of conflagrations in the isthmus.

The consequences, however, could be particularly serious for the regional left, whose response to the Nicaraguan crisis has been somewhat inconsistent. In some cases, the denunciations have been clear and forceful. For example, José Mujica and Gustavo Petro, leaders of the Uruguayan and Colombian lefts, respectively, were quick to condemn Ortega during the repressive 2018 campaign. But while the Socialist International expelled the FSLN in 2019, the São Paulo Forum has endorsed the Orteguista thesis about what happened in 2018 (according to the official version, there was a failed coup attempt supported by the United States). And although they have not defended him tooth and nail, as Venezuela and Cuba have done, the progressive governments of Mexico and Argentina, and Brazil’s Workers’ Party, have not confronted Ortega either.

While the Venezuelan crisis polarizes the regional left, the Nicaraguan crisis only seems to confuse it. The Puebla Group, founded in 2019 to articulate the renewal of the Ibero-American left in the post-Chavez era, did not invite any representative from the FSLN, but it has not addressed Nicaragua’s humanitarian drama in any of its communiqués either.

Some recent elections -in Ecuador and Bolivia, for example- have put on the table a possible rebound of the left at regional level. What would the perpetuation of the Ortega-Murillo family regime mean for the progressive agenda? Analyst Pablo Stefanoni has explained how Venezuela, former engine of the “pink tide” of leftist governments in the 2000s, ended up becoming a political weight, as the right wing was able to take advantage of the Bolivarian implosion to create “ghosts of ‘Venezuelization'” and thus delegitimize any alternative to the neoliberal model.

The FSLN: a Christian and social conservative party

Something similar will happen with Nicaragua, albeit with one important exception. Unlike Hugo Chávez, Rafael Correa or Evo Morales, Ortega has not based his political project on a redistributive or refoundational vision. After returning to the presidency in 2007, he instead turned the FSLN into a Christian and social conservative party (going so far as to support the total criminalization of abortion), committed to following the privatizations of previous governments and complying with the recommendations of the International Monetary Fund.

Many years before the 2018 conflict, the vast majority of the original leadership of the Sandinista Revolution had abandoned the FSLN, viewing Ortega and Murillo as traitors to their original cause. The presidential couple sometimes resorts, though ever less frequently, to the anti-imperialist and anti-capitalist rhetoric of their revolutionary past. But they always govern from the right. Seen from this perspective, the complacency of some sectors of the regional left is not only counterproductive, but also unjustifiable.

The Sandinista Revolution was the cause célèbre of the Latin American left in the 1980s. Today the situation is different. Nicaragua could equally become a burden for progressivism, or an opportunity for the left to consolidate a democratic image of respect for social justice and human rights. What is certain is that they cannot afford to ignore the Nicaraguan dilemma.

Historian and professor at Chapman University (California). PHd from Harvard University. His writings on Latin American politics have appeared in The New York Times and The Washington Post, among other international media.