Pope Francis’ visit to Canada should have repercussions throughout the continent. He arrived on July 24 and stayed for six days to apologize for the abuses in residential schools created by the Canadian state and managed by different churches from the late 19th century until the 1990s. The Truth and Reconciliation Commission (TRC) documented these abuses in its 2015 report and argued that the residential school system produced “cultural genocide.” Generations of indigenous children were separated from their families and communities to be educated in the schools under the explicit doctrine of “killing the Indian in the child,” prohibiting them, for example, from speaking their language or practicing other aspects of their cultures. The report documents multiple cases of emotional, physical, and even sexual abuse. This has been an individual and intergenerational trauma in indigenous communities to this day.

The TRC report contains 94 calls for action in a wide variety of areas including the justice, health, and education systems, among different aspects of the country’s cultural and political life. Since the publication of the report in 2015, the issue of reconciliation with indigenous peoples has assumed a key role in Canada, especially in public institutions such as governments, the education system, the media, and, indeed, the Churches.

Some of the Churches that ran residential schools began to apologize for their role decades before the report. The first was the United Church of Canada in 1983, and the Anglican Church did so in 1993. Until now, the Catholic Church had not done so, but recently many indigenous communities have pushed for an official request for forgiveness from the Vatican. In March, a delegation of Canadian indigenous leaders went to Rome, where the Pope, in an official ceremony, asked forgiveness for the first time for the abuses committed by many individuals in residential schools managed by the Church. This was an important step, and the Pope pledged to follow it up with a visit to Canada in July to ask for forgiveness, in person, on indigenous land.

The images of Francis asking for broader forgiveness than he pronounced in the Vatican, expressing his deep sorrow for the abuses committed in the schools, or bending down and kissing the hand of indigenous leaders, in an act of great humility and sincere penitence, have been striking. Likewise, the images of hundreds of people, many of them survivors of the residential schools, visibly moved. These moments of great humanity demonstrate the victims’ scars of trauma, who went through the residential school system, and the genuine commitment on the part of the Pope.

The Pope’s speech read in Spanish with his clear accent from Buenos Aires was a symbolic detail. While the Pope does not identify with the liberation theology tradition, he denotes a very Latin American sensibility in his commitment to justice broadly understood, marked in part by his own experience with poor communities in Argentina.

The Pope was generally received positively in Canada, but many have also criticized the limitations of his request for forgiveness. He made a very personal and emotional penance, but with a clear emphasis on abuses committed by individuals connected to the Church. At no point did he state that the doctrine itself had been wrong nor did he ask forgiveness on behalf of the institution.

In the Doctrine of Discovery, for example, through a series of bulls issued at the end of the 15th century, the Church granted the European Crowns the right to occupy the lands they had discovered and to control the indigenous peoples found there, in order to convert them to Christianity. The doctrine was based on the notion of terra nullius, or “empty land”, indicating that if the territory was not occupied by European Christians, it could be taken freely, regardless of the size or degree of sophistication of its population. It was a fundamental doctrine to justify European colonization and the dispossession of indigenous lands, which is still in force.

The Pope has full autonomy to abrogate the doctrine of discovery, an anachronism still painful in the 21st century. Francis, moreover, does not belong to the diocesan clergy, but to the Jesuit order, with a strong vocation for justice and with a greater degree of autonomy from the clergy. And through his penitence in Canada, he has already broken with the doctrine of papal infallibility. He has shown that it is human to err, just as it is human to ask for forgiveness. Therefore, the Pope should use that autonomy and humanity to take the next necessary step toward reconciliation with indigenous peoples, not only in Canada but throughout the continent. 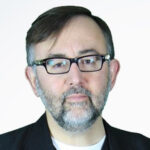