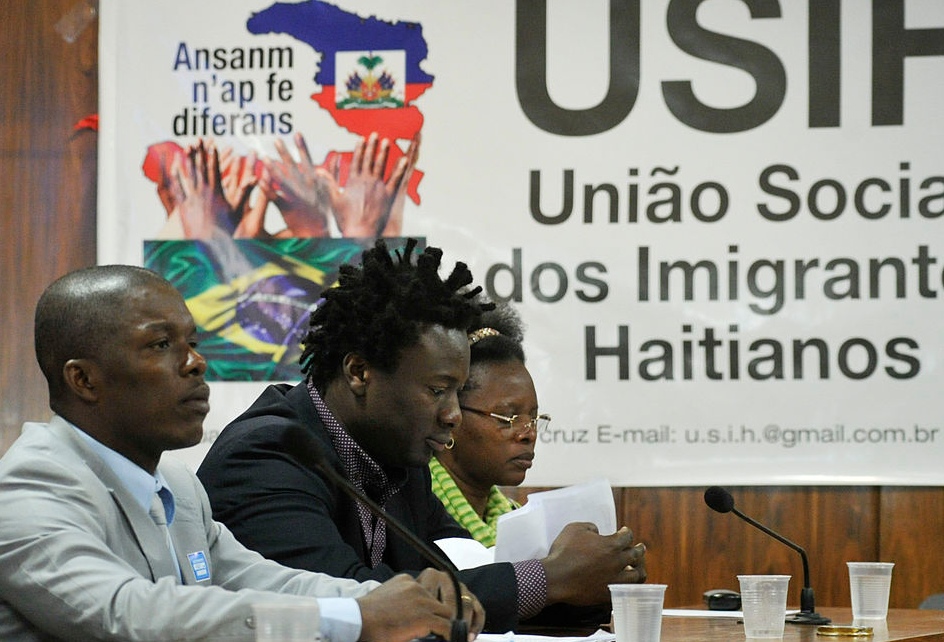 People migrating from other continents, especially from Africa and Asia—but also from the Caribbean—is a growing phenomenon in Latin America. And although most of them initially go to the United States or Canada, there aren’t few who settle in a Latin American country either by choice, out of necessity due to the exhaustion of their resources, or as a consequence of an expulsion process.

Why and how do extracontinental migrants arrive in Latin America?

http://latinoamerica21.com/en/the-humanization-of-migration-processes/Extracontinental migration in Latin America reflects a mixed flow, since migrants with different motivations converge within the same group. In some cases, especially among sub-Saharan and Middle Eastern migrants, the main reasons to migrate are persecution and violence in their home countries. While those who leave their countries for economic reasons, or due to natural disasters, come mainly from Southeast Asian countries and Haiti. However, there are other reasons for extracontinental migration, such as family reunification.

The arrival in Latin America is mainly explained by political factors, since Europe would be a closer destination. But during the first decade of the 21st century, two remarkable phenomena occurred almost in parallel: the increase of entry restrictions in Europe and the relaxation of entry requirements in Latin America.

In particular, some Latin American countries with leftist governments, such as Argentina under Néstor Kirchner (2003-2007), Ecuador under Rafael Correa (2007-2017) and Brazil under Luiz Inácio Lula da Silva (2003-2010), relaxed their migration policies, especially visa policies, and promoted an official discourse focused on migrants’ human rights. These opening measures, although being temporary in most cases, were attractive to the extra-continental migrant population. Once established, the flow of people from outside the region increased steadily.

Migratory routes run from south to north. They start in South America, where extracontinental migrants enter through countries with lax visa requirements, such as Ecuador or Brazil. They continue on to Central America through the Darien Gap, a forested, high-risk area located between Colombia and Panama. Although there are no statistics similar to those of migrant deaths in the Mediterranean, it is estimated that the Darien is one of the most dangerous migratory routes in the world, since it is a thick jungle, with hostile geography and armed groups are present, which also interrupts the route of the Pan-American Highway. According to UNICEF, the number of children crossing the Darien has increased fivefold in the last five years.

After passing the Darien Gap, migrants make their way up through Central America and Mexico to the United States and Canada. This long and costly journey is often done with the help of contacts, these being smugglers or other migrants who know the route. It is also common to alternate between land and water means of transportation, such as buses, private cars and boats, or to travel on foot. The entire journey can take several months or even years.

What challenges do migrants face?

Throughout the journey, migrants face various challenges, including shipwrecks, health problems caused by exposure to extreme weather conditions, and scams by smugglers during multiple transfers. Moreover, overcrowding, hostility from state authorities and the collapse of some services in border areas further complicate the situation of migrants.

As an example, between February and March of 2021, hundreds of African and Haitian migrants fleeing the health and economic crisis in Brazil were stranded at the Integration Bridge on the Brazil-Peru border. For several weeks, they had to face hunger, inadequate hygiene conditions, hostile treatment by the police and the separation of their families.

Meanwhile, at the end of July 2021, more than ten thousand African, Asian and Haitian migrants were stranded in the city of Necoclí, in northern Colombia, waiting to be transported to Panama. Facing the collapse of the city, overwhelmed in terms of accommodation, water and cleaning services, the municipal government declared a state of public calamity.

The first barrier faced by migrants from outside the continent upon arrival in transit or destination countries is usually the regularization of their stay. Irregular border crossings often close the door to subsequent regularization. And when they choose to apply for asylum, the rate of favorable responses to their applications is often low.

Detentions and deportations in North America are migrants’ last major concern on their journey. Cameroon, the Democratic Republic of Congo and Eritrea were the top three African countries whose nationals were detained in Mexico in 2018. And over the past five years, people from more than eighty African and Asian countries were arrested in the United States after entering the country through Mexico.

In addition, living conditions in Mexico’s detention centers are highly questionable. Human rights organizations have denounced overcrowding, mistreatment and lack of medical care. An emblematic case was the death of Haitian migrant Maxene Andre in the Siglo XXI Migratory Station. Two years have passed since then and his body has still not been delivered to his family nor have the circumstances of his death been fully clarified.

When migrants finally reach their destination, or decide to settle in a transit country, even in the cases in which they achieve migratory regularization, they face barriers to their labor and social insertion. Many end up in informal and seasonal jobs, such as street vending whether in stores or on beaches in Argentina, or with temporary contracts in factories in Brazil. They also face language difficulties in the case of the non-Spanish-speaking population and racial discrimination in the case of the Afro-descendant population.

In conclusion, it should be emphasized that this process is relatively little studied and difficult to measure, given that it often represents mixed and irregular migratory flows, especially within the context of the Covid-19 pandemic. Against this backdrop and from the point of view of public policy, it is necessary to understand not only the challenges that migrants from outside the continent face in their transit processes, but also within the receiving countries.

Soledad Castillo Jara is a political scientist. She is a RENACYT researcher (María Rostworowski Group – Level III). Pre-teaching at the Faculty of Social Sciences of the Pontificia Universidad Católica del Perú. Author of academic publications on human mobility, Venezuelan migration, and migration policies in Peru and Latin America. 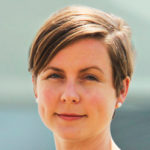