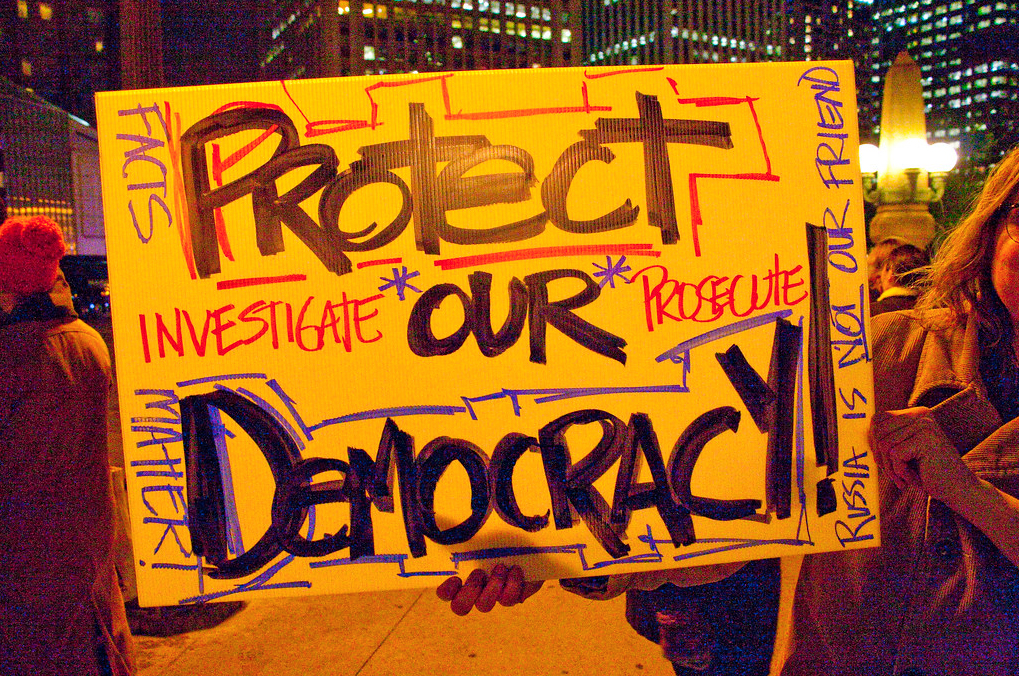 Trump and scandals go hand in hand, but will the latter be the straw that breaks the camel’s back for such an inept and corrupt leader? Although many in the United States think so, the history of authoritarianism and fascism shows us that it is doubtful.

Let’s take a brief look at the latest scandals.  The New York Times has just revealed the lies about his financial situation which, unlike the myth of Trump as a billionaire, shows us debt, conflicts of interest and the potential illegality of his strategies and tax situation. In short, behind the propaganda there’ s a truth that sinks him. The same with his second to last scandal where, in dialogues recorded with the famous journalist Bob Woodward at the beginning of February, Trump admitted that the virus was really “deadly. As it is publicly known, he denied the seriousness of the virus, spoke of a “Chinese conspiracy” and promised miraculous results. The effects of this contrast between reality and fantasy: the United States is the country with most infected and most fatalities in the world, seven million cases and over 200,000 deaths.

In countries such as Brazil and India this discordance between evidence and propaganda also happened but it did not imply a problem for their leaders. In fact, in Brazil, “caudillo” Jair Mesias Bolsonaro increased his popularity numbers despite his failed handling of the crisis.

In ordinary times, these things would be toxicfor a politician, but we do not live in normal times

In ordinary times, these things would be toxicfor a politician, but we do not live in normal times. Rather, the present resembles a past where conspiracy, paranoia and the need for an authoritarian personality to rule us were commonplace. In other words, we seem to return to the times of fascism, in which the dictator was considered the owner of the truth, a living myth that could say anything and be believed.

Woodward was part of the duo that exposed the Watergate scandal and President Richard Nixon had to resign the presidency, but none of that will happen in following weeks, and Trump still has a good chance of being re-elected.

As it is known, in these last few months, Trump has betted on a mixture of xenophobia, racism, promotion of violence and repression and virus denial. Thus, Trump linked, as a solution to the disease, the construction of his anti-immigrant wall and the racist idea of a “Chinese virus” with his empty promises that everything would be fine. To his believers, Trump asks for faith in his leadership. To the evidence of the media and even his own actions, Trump responds that they are “fake news.

While for many Americans these lies revealed by Woodward and the New York Times are more serious than the previous ones, for the Trumpists they are not capital lies (sources and symptoms of other sins) but, at worst, benign lies that protect them. This was exactly the explanation that Trump gave these days for his lies, and he did so within the framework of his base of followers ready for the terrain of totalitarian paranoia.

Let’s think of the latest example. In the last four years there has been an increase in the number of Republicans and Trumpists who believe in a conspiracy theory with fascist and anti-Semitic inspirations: QAnon.

As the Washington Post points out, believers in this fantasy think that Donald Trump is involved in a secret war “against a cabal of Satanic cannibal-pedophiles in the Democratic Party, Hollywood and global finance. They believe this cabal is responsible for all the world’s problems, but that Trump will soon order mass arrests and executions of political opponents like Hillary Clinton and Barack Obama in a massive purge called ‘The Storm.

QAnon believers base this idea on clues from ‘Q’, an anonymous figure, who has been posting on online message boards since 2017, that QAnon fans believe is a high-ranking figure in the Trump administration, or perhaps Trump himself. In acts of support for Trump and against face masks and quarantines, Qanonist Trumpists have appeared everywhere. A dozen Republican congressional candidates adhere to QAnon, and despite the fact that the FBI itself considers QAnon a potential “national terrorist threat,” as its followers have committed murders and other acts of violence that have increased with the Covid-19 crisis, Trump himself has made over two hundred retweets of QAnon supporters. And when questioned about his followers, Trump said, “I have heard that these are people who love our country”.

At a press conference at the White House he said “I really don’t know anything more than the fact that they supposedly like me”. Regarding the theory itself that poses Trump’s central place in the fight against a cabal of pedophiles and Democrats, the president said, “Is that supposed to be a bad thing or a good thing,” responding to a reporter who asked if he could support that theory. “If I can help save the world from trouble, I’m willing to do it. I’m willing to expose myself,” he added.

Within this framework, let us think about how innocuous recent scandals are and why they will not penetrate deeply into his most fanatical followers and also into the moderates who tolerate being part of his movement. In fact, Trump admitting an empirical reality in February does not mean that the “caudillo” does not believe his lies or is willing to risk his safety for them. The same goes for the justification of his presentation as a billionaire when he seems rather on the verge of financial collapse.

Despite admitting the seriousness of the airborne transmissibility of the virus, Trump refused and continues to refuse wearing a mask in public. Despite the allegations against him, Trump will not diminish his conflicts of interest. Evidence of a manipulative Trump whose hypocrisy removes belief in reality should not confuse us. Trump is not a fascist dictator, but he operates with the same patterns that characterized the leaders of fascism: fostering paranoia and corruption and even leading them.