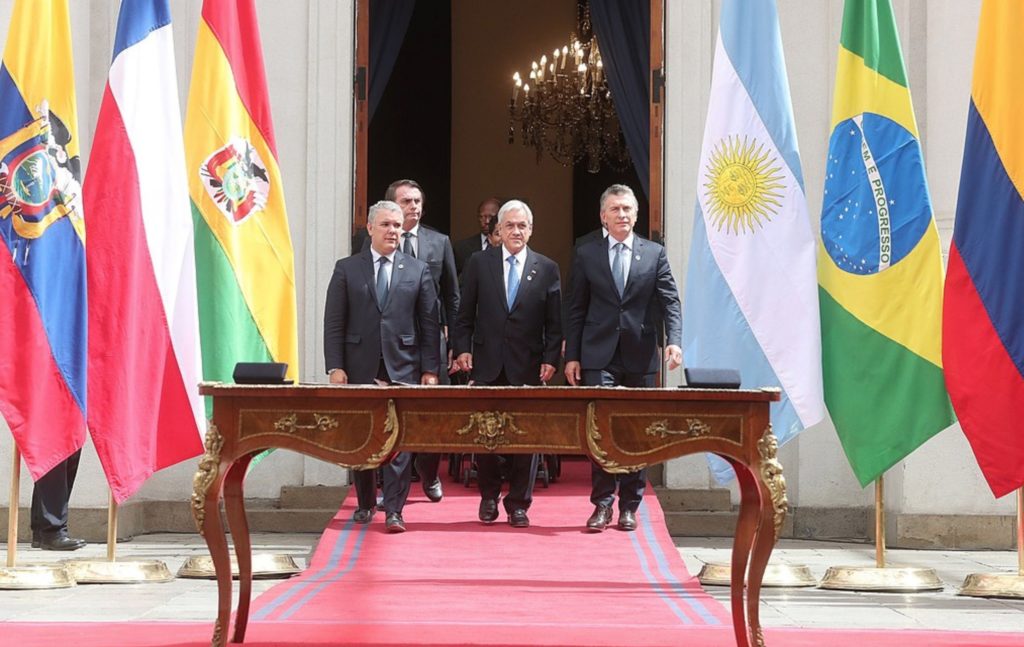 Covid-19 erupted in a disorderly world dominated by weak and underfunded multilateral organizations, undermined in turn by rising geopolitical tensions between China and the United States. This has had an impact on how measures were taken to deal with the pandemic with the predominance of nationalist solutions such as closing borders, purchasing medical supply and vaccines. This has also had an impact on the effectiveness of such measures, with glimpses of an “apartheid” of rich and inoculated countries and others where the pandemic risks becoming endemic. It also weakened multilateral solutions; with a World Health Organization whose main contributor is a private foundation (Gates Foundation). From this organization emerged COVAX, the global collaborative vaccination system that began distributing vaccines three months after the rich countries started vaccinating and which, in the best-case scenario, will manage to cover one fifth of the population.

Latin Americans should be concerned about this situation. Here the pandemic has hit like nowhere else in the world. Although we account for slightly less than 9% of the world’s population, we will account for a fifth of the infections and 30% of deaths worldwide by the end of 2020. It is also the hardest hit region economically, with an 8% drop in activity, the closure of 2.7 million businesses and a drop in two out of ten of the remittances received. This has generated 28 million new impoverished people -a figure similar to that of the entire Venezuelan population- and 15 million in extreme poverty.

Highly complex challenges such as Covid-19, “super tangled” or super wicked, as they are called in the public policy literature, are distinguished by four concurrent factors. The first is the need for an urgent solution. The second is the coincidence between those who cause the problem and those who want to solve it. Third, the weakness or non-existence of an authority over the parties to handle the issue. And, last but not least, the potential for current actions to add further problems for the future. Such problems require greater cooperation and coordination between countries.

However, there has been no concerted action by the countries of the region in response to the pandemic, beyond specific and bilateral actions. And the last Mercosur Summit, in which the president of Uruguay described the bloc as a “burden”, is symptomatic of the crisis of regional projects. There has been a “Latin American emptying” of common policies. A paradoxical situation, considering that the Pan American Health Organization (PAHO) is the oldest international public health agency in the world.

With the dismemberment of the South American Union of Nations and the consequent disappearance of the South American Institute of Government in Health, no alternative regional body was set up. Meanwhile, the virtual meetings promoted by Celac and Prosur did not translate into action. Mercosur was also conspicuous by its absence, when in the past concrete results had been achieved in the area of sectoral regulation and -from its Intergovernmental Commission on Drug Policy- patents had been negotiated with laboratories.

Other organizations such as the Andean Community of Nations, the Central American Integration System and the Caribbean Community have shown some initiatives for the articulation of their member States, but they were not enough to have a substantive impact at the Latin American level.

It is therefore unavoidable to recover spaces for political coordination, avoiding the mistakes of the past and taking note of the lessons learned from the experience. In this sense, the former Secretary General of Unasur, Ernesto Samper, argues the need for a convergence of the existing instances, but under a political coordination of Celac.

Likewise, a different approach is required, one that aims at collaborative multilateral governance -we call it 3M- that is multilateral, multilevel and multi-stakeholder at the same time. In other words, the political decision-making table should logically be composed of international organizations, civil society organizations (international or regional), as well as the large philanthropic foundations whose funding is essential for maintaining the budgets of global programs.

Here, local actors play a fundamental role due to their knowledge and legitimacy in the territory, which other actors lack to a greater or lesser extent. Any global policy, whether agreed upon at the regional, hemispheric or international level, must necessarily undergo a process of adaptation to the local context, without this dissipating the focus and goal. It is also essential to incorporate the private sector, especially large multinational companies, which in some cases have budgets larger than those of many countries and have specific interests, whether or not to cooperate.

The context merits being proactive and responding with greater coordination, collaboration and commitment, through a long-term plan that strategically aims to operate under the Celac umbrella. This plan is not only urgent to confront the pandemic, but is a historic opportunity for Latin America to position itself in a world that is increasingly full of “super tangled” problems. The costs of not doing so are already staring us in the face.

Ignacio Lara is a Political Scientist (UBA), Master in Markets and Institutions of the Global System and PhD in Politics and Institutions (both at the Università Cattolica del Sacro Cuore di Milano, Italy). Postgraduate professor and researcher.

Political scientist. Director of the think-tank Asuntos del Sur. PhD from the Institut d’Etudes Politiques at Paris (Sciences Po). He worked at the Woodrow Wilson Center, the OECD Development Center and directed the Federal Institute of Government in Argentina.