The obvious answer is an unquestionable rejection with 61.87% versus 38.13% approval. A total of 12.9 million voters voted, that is, 85.3% of the electoral roll. This is only comparable to the percentage of participation that put an end to the military dictatorship in 1989. A key fact: the rejection option won in all regions, including the metropolitan region (Santiago) and Valparaíso. In these two regions, according to different surveys, there was a possibility that the “approve” option would win. This was not the case.

A time for prudence

The political reading should be more prudent and analyze the context Chile is going through. There is no room for triumphalism, as pointed out by almost all the rejectionist sides after the results of the elections were known.

The different political actors of the anti-approval option have been in front of the microphones to try to capitalize on the victory. During the campaign, they had not been seen, so it is not possible to sustain the thesis that the winners are the opposition parties to the Government.

Neither did the extreme parties that do not seek majority agreements and seek to establish constitutionally their own worldviews win. This reason, for which they will very possibly be isolated if they do not change their position and attitude, will not allow reaching a national agreement on constitutional matters.

The task of negotiating will not be easy for the defeated government. As we warned, the ruling parties were precisely the key actors in the articulation of the contents of the rejected constitutional proposal. In particular, the indigenist and plurinational perspective, the uncertainties regarding private property, and the guidelines on public security. These elements could be understood as distant from what Cardinal Raúl Silva Henríquez, in the context of a search for the lost democracy in Chile, called the national soul of Chile, which in his opinion is formed by a certainty or legal order, by the freedom of the people and the faith of the people. These three elements were not observed in the constitutional text.

Specifically, the national soul would not have been in tune with the re-foundational perspective, which challenges freedoms. The constituent process was based on an intolerance expressed in the disinterest in expanding agreements and consensus; the disregard for the history of our legal order that put an end to the Senate and the Judiciary added to the irrelevance and disregard of rules that mitigate violence, such as the disappearance of the state of emergency from the current constitutional text, which allows the Government of the day to use the armed forces in matters of political or social violence, supporting the work of public safety. All these elements are key to understanding the triumph of the rejection option.

From an integral look at the proposed Constitution, the mentioned plurinationality would have been perceived as a principle that meant a high risk to the unity of the people of Chile, being in itself a threat to the legal order of the Republic, to the liberties and equality of all before the law, and a cut with the popular idiosyncrasy. In short, it would be the recognition of eleven peoples in the territory of Chile with their respective principles of self-determination and self-government, one of the reasons why it would have been appreciated that the constitutional text created the basis for the deconstruction of the Republic, proposing a new morphology in power that did not recognize the national soul.

Having turned the page, if we assume the need for a new national agreement, Chile would have a new opportunity to do so. Now more transversal and majority. This requires that no political actor believes that alone can interpret and propose a constitutional proposal. Only in this way will we learn from the constituent process we have just gone through. Who won the election of the exit plebiscite? It could be answered that the people and their yearning for national unity.

All this does not mean that the crisis of representativeness and distrust in the institutions has been overcome. Currently, it is essential that the Government of President Gabriel Boric moves from a position of defeat to become an actor who leads the political negotiation along a path of great national understanding. This will very possibly mean tension in the pro-government bloc since the Communist Party and some sectors of the Frente Amplio were the ideological architects of the constitutional proposal.

Another great challenge is for Congress to succeed in legitimizing a process proposal for the required national agreement. It seems essential not to forget the high level of unpopularity that this institution maintains. Therefore, in a collaborative action with the Executive Branch, a mechanism for consulting the sovereign should be established so that it has the final decision regarding the institutional design through which the national agreement must pass.

Consequently, the process is not over. On the contrary, it will only begin in a second stage which, we hope, can draw lessons from the process that has concluded. This, in spite of the voters’ fatigue due to a frequent call to the polls and the economic costs associated with this, since it seems of vital importance that citizens remain active and mobilized until an institutionality that means a broad national agreement on constitutional matters is achieved.

In this sense, the movements that have accompanied the process, arising from civil society, such as Amarillos por Chile, among others, are now doubly responsible for collaborating and supporting the path of national understanding. This is while the political parties adapt and adjust to the new times and the institutions regain public faith. This would be the best and almost the only exit strategy from the institutional and representativeness crisis in the country. 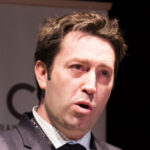