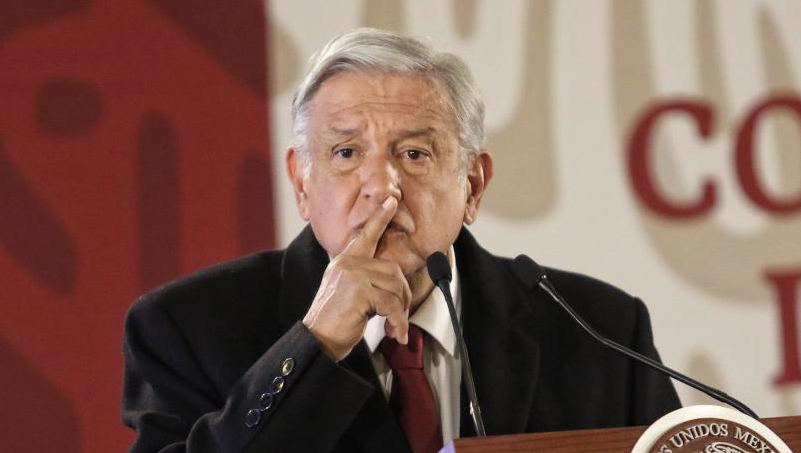 The presidents of Mexico and the United States held their first telephone conversation on January 23rd. According to press reports, Joe Biden began the dialogue by amusingly pointing out that he was not Donald Trump, to which Andrés Manuel López Obrador (AMLO) responded seriously that he had a great relationship with the former president and New York magnate.

The anecdote confirms what we already knew: AMLO was a closet Trumpist in the U.S. elections. Some explain the Tabascan’s affinity with Trump by pointing out that they are political soul mates. They are not wrong. Both are populists, demagogues, troublemakers and have contempt for science and intellectual elites.

Their mutual affinity was evidenced in the lengthy cover letter AMLO sent to Trump in 2018 in which he highlights their similarities: “Politically, I am encouraged by the fact that we both know how to deliver what we say and have faced adversity successfully. We managed to put our voters and citizens at the center and displace the establishment or predominant regime.”

With that wink, AMLO made points with Trump by presenting himself as one of their own: an outsider whom the arrogant elites in Washington and Mexico City deemed unfit to occupy the high dignity of the presidency. But, they spectacularly and surprisingly proved how wrong they were.

Such camaraderie and warmth contrasts with the coldness (bordering on discourtesy) that AMLO showed in resisting congratulating Biden on his unequivocal triumph last November. Under the fallacious argument that the U.S. electoral process was not over, AMLO thus gave play to Trump’s unfounded accusations of electoral fraud that became a crisis with the assault on the Capitol on January 6th.

AMLO’s logic, however, does not withstand the slightest scrutiny. His government has always been the first to congratulate presidents of his own political persuasion, as was the case with Alberto Fernandez of Argentina.

It seems to me, however, that AMLO’s dislike for Biden is more prosaic: it is not based on differences of character but on a cold and calculating political strategy. The truth is that AMLO preferred Trump because the latter let him do and undo as he pleased and without the slightest reproach. Things will be very different with Biden in at least three areas that will directly affect the U.S.-Mexico relationship.

The first area is the environment, an issue that AMLO’s government does not care about. For example, so far this six-year term, the now irrelevant Secretary of the Environment and Natural Resources (SEMARNAT) has had three new heads. The current head is an unknown member of the highly questionable Green Ecologist Party of Mexico (PVEM).

For all practical purposes, the Mexican government has abandoned environmental protection as a state policy and the consequences are obvious. An entire mangrove forest was ordered to be cleared to build a refinery in the president’s home state, money continues to be pumped into PEMEX and to favor the use of fossil fuels, and construction is being promoted in protected areas such as the Calakmul biosphere reserve. To AMLO’s chagrin, the Biden administration will put the environmental issue at the very center of the diplomatic agenda with Mexico.

The second area of conflict will be democracy. Former President Trump liked to shake hands with autocrats. Deep down he admired them and would have liked to become a strongman at the helm of his nation in the style of Vladimir Putin or Erdogan. In this, too, AMLO lost out with Biden’s victory. The new administration has already warned that the defense of democratic values will return to the U.S. agenda. This will necessarily pour water on AMLO’s direct and frontal attack on the National Electoral Institute (INE) and its councilors, whom he disqualifies day in and day out.

And it does not stop there. If AMLO were to cancel the June elections this year under the pretext of the pandemic, or to disregard their results accusing the INE of committing fraud, he will have to give explanations to the Office of Hemispheric Affairs in Washington.

The third and last area is the growing militarization of the country. Here the issue of the detention and subsequent release of General Cienfuegos crosses over. The bridges between the DEA and FBI with the Mexican military blew up when Cienfuegos was detained at the Los Angeles airport in October of last year. It was a major blow to the military, which enjoys widespread support and recognition among political actors in Mexico. The subsequent release of the general by U.S. authorities at Trump’s behest and AMLO’s accusation of the DEA of fabricating evidence only aggravated the situation.

The result is that today we have a Mexican president who uses the military as a guarantor of his political project, and a new administration in Washington that distrusts the Mexican armed forces. These are the elements of a perfect storm that could turn into a serious diplomatic conflict.

And that is why AMLO preferred Trump over Biden. Bad luck for him because now he will get the short end of the stick.

Photo by elmago_delmar on Foter.com / CC BY-